Nothing stands in the way of what deadly underworld boss Kenzo Robernero wants, and innocent Rebecca's about to learn that lesson harder than most. Young and naïve, she's sent to wait on Kenzo hand and foot...and soon learns he wants the rest of her body, too. In darker, more dangerous ways than Rebecca's pure mind could have ever imagined... 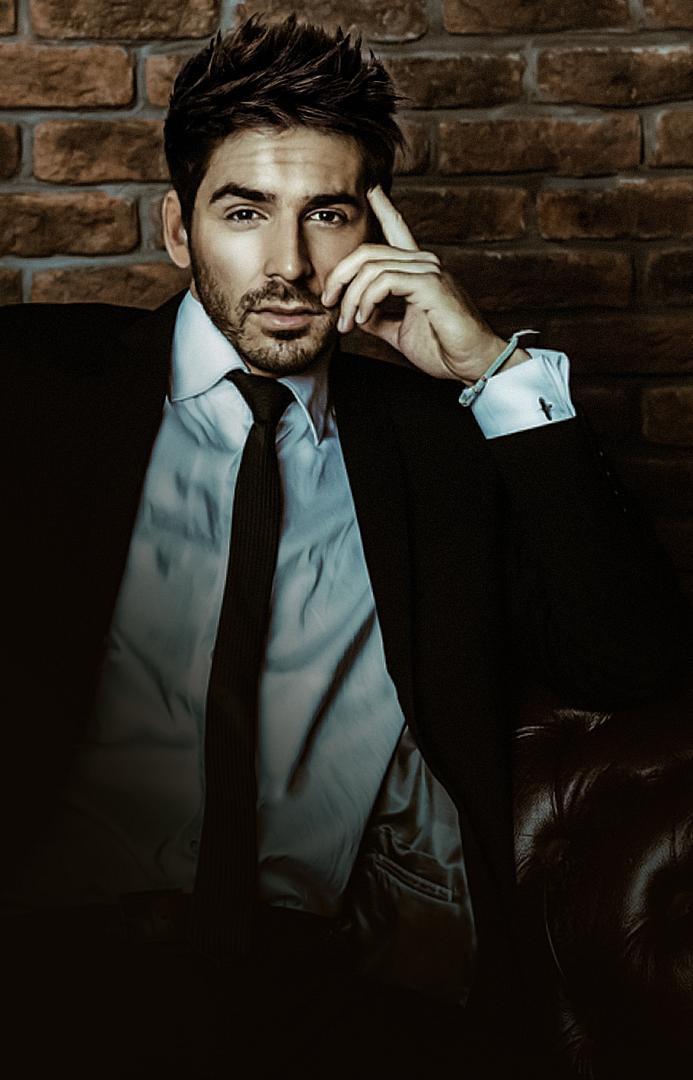 Nothing stands in the way of what deadly underworld boss Kenzo Robernero wants, and innocent Rebecca's about to learn that lesson harder than most. Young and naïve, she's sent to wait on Kenzo hand and foot...and soon learns he wants the rest of her body, too. In darker, more dangerous ways than Rebecca's pure mind could have ever imagined...

Kenzo Robernero. Underboss of the Societa Oscura, the world’s most lethal Mafia with over two hundred men who walk the streets of Arlington and Sicily.

They keep the Celtic Islands secure with their headquarters in Sicily where the main group is run by Derby Valentine.

Billions of dollars rolling in, hands crossing over making deals, and heads being turning with shipments worth millions entering Arlington by the hour.

Ammunition and weapons are distributed between men, and secrets are locked up behind gates inside a secure hideout. Men walk out of the main headquarters.

Full black suits, black shirts, black ties, polished, black shoes, and long, black trench coats filled with guns and money. These men are the most dangerous in the world.

If you cross paths with one of them, then expect to run into trouble. Especially when the person you meet eye-to-eye is Kenzo Robernero.

Kenzo sits at his desk up high on floor six hundred and nine. The view is remarkable. His black dress shoes click on the gloss-gray flooring.

The room is bright white, his laptop is black, his desk is black, the seat he sits comfortably in is black.

Basically, anything that’s classed as furniture is black, and his floor-to-ceiling windows have black blinds that are open, as is one of the windows.

A breeze drifts through the room. It’s hot outside, but Kenzo is busy typing away on his laptop, trying to set up and book meetings.

At least 90 percent of his clients need security to be placed inside their premises to try to eliminate the crime rates.

“If I place you there, and then you can go there,” Kenzo mumbles to himself before feeling frustrated and slamming his laptop screen down, almost smashing it.

He’s been arranging the meetings since five o’clock this morning, and his clock now shows that it’s approaching six o’clock in the evening.

He wouldn’t usually have a problem with the time being six o’clock, but he needs to meet up with Megan, his submissive.

He told her he would collect her in his Mercedes at seven o’clock on the dot, and he still needs to talk to Dante about a hit that needs to be completed at exactly eleven o’clock.

Dante is the man for the job, he thinks to himself, walking over to the window and closing it over.

Pushing his hair back and sighing, Kenzo takes a moment for himself, trying to gather his thoughts.

After picking up his briefcase and placing it down on the desk, he slides his laptop inside the bag and buckles it before placing it underneath his arm.

Grabbing his black trench coat, he walks over to the door and leaves the room. Phoebe will close the blinds because that task is on the form for her job role.

Dante sits down on one of the black leather couches in the hallway, and Kenzo walks over to him using long, quick strides.

“I need to be quick. Here.” Kenzo pulls a USB stick out of his pocket and places it in Dante’s palm.

“What’s the job?” Dante pushes the USB into his pocket before crossing his arms and raising his eyebrows at Kenzo.

“Ten and at the Boulevard.” Dante nods his head, and Kenzo walks away from him, making his way down to his car. The building looks the same as his office.

Waiting for the glass elevator to reach his floor, Kenzo pulls out his phone from the inside pocket of his suit jacket and finds one incoming message from Megan.

“I finished early tonight. I will be done by half past the hour.” Kenzo blows out an irritated breath and pushes his phone back inside his pocket.

He knows he shouldn’t have worked overtime, but he did, and there’s nothing that he can do about it.

He does know that if Megan gets lippy, then he will whip her ass and make her regret her decisions.

The doors to the elevator open, and Kenzo steps a foot inside. Waving his hand in front of the camera, he waits for Gloria to notice him and take him straight down to the ground floor, overriding the system.

It doesn’t take Gloria too long to notice Kenzo and send the elevator down.

Walking out the double sliding doors, Kenzo yanks his keys out of his pocket and unlocks his black Mercedes C-Class before opening his trunk and throwing his laptop inside it.

Slamming the trunk, he slides into the driver’s seat and makes his way to collect Megan.

Pulling up outside Megan’s small work building made out of red bricks, Kenzo switches off the ignition and waits for her to come outside.

Tapping his fingers on his steering wheel, Kenzo’s mind wanders off in a daze, remembering when he whipped Megan’s back.

Her brown hair flowed down her back, and her brown eyes looked sad. It turned him on more than he thought that it would.

Her tears made him hard in his black slacks, and as he comes out of his daze, he rubs his length, throwing his head back against the leather headrest.

It would be good if his friend didn’t go erect each and every time he thinks about Megan’s bare back and her tears.

Pulling his keys out of the ignition, Kenzo sighs and climbs out of his Mercedes. He’s decided that he will go inside and get Megan instead of waiting for her all night.

Locking his car, he walks toward the entrance of the building. Pushing the single wooden, creaky door open, Kenzo enters the small, red-carpeted lobby where Megan works.

She checks over newspaper articles for a small company.

“Arrangement is terminated,” Kenzo states in a cold, deep voice, and Megan looks over at him through terrified eyes. She’s behind the dark, wooden reception desk.

Kenzo pulls his pistol out of his pocket as Megan pleads with him.

Kenzo fires his pistol, shooting Megan’s boss in the side of the head as he chomps on Megan’s neck. His name was Mike, and Kenzo had an idea that he got it on frequently with his employees.

“Never let me meet eyes with you.” Kenzo points at Megan with his gun, staring at her through beady eyes.

Megan nods her head quickly, and Kenzo turns around before glancing over his right shoulder.

Proceeding, Kenzo walks out of Megan’s place of work with his pistol in his hand, climbs inside his Mercedes, and drives away, leaving double lines behind him.

Rebecca lies down on her bed, checking all the messages she didn’t receive when she was at the café with her mom.

Her phone couldn’t pick up any signal, and she’s only just receiving the text messages now. Trish is surfing the web for the perfect pair of shoes for a family party.

“What about them?” Rebecca points at the computer screen at a classic pair of white, silk shoes. Trish shakes her head, not amused by Rebecca’s recommendation.

“No. They remind me of christening shoes, Bec. I need something that says I’m from the Victorian era.”

“Which they do!” Rebecca rolls her eyes, texting back a couple of old friends from school whom she separated herself from when she left.

Only six more messages to check now, Rebecca thinks to herself, glancing over at Trish who has suddenly changed her search to look for hair extensions.

Rebecca shakes her head and drops her phone down onto her face.

“Ow.” Trish snaps her head around to face Rebecca and laughs.

“Only you would do that.” Rebecca squints her eyes, opening her next text message. It’s from work.

WorkGood afternoon, Rebecca. I have an interesting proposal for you.
WorkWhat are your thoughts on serving a very important guest tonight. I will double your salary. Sound good? Let me know as soon as you can. Mark.

“I can’t come to the cinema tonight.” Rebecca tells Trish who turns and stares at Rebecca with a bland facial expression. “Why not?”

“I’m not talking to you.” Opening the door, Trish walks out of it and slams it behind her.

Oh, how typical of Trish. You could say that her walking out of Rebecca’s room is a daily occurrence. Rebecca smirks and texts management back.

Listening, Rebecca hears Trish tell her mom that she’s not talking to her as another text message pops up on her phone home screen.

WorkCan you drop by the office this morning? I need you to hand in the application form that I’ve sent over to you via email. This needs to be filled in.
WorkMake sure you write your emergency contact information in there just in case any problems arise. I look forward to seeing you tonight.

Time to get a move on, Rebecca tells herself. Pulling on her navy-blue, tight pencil skirt, white blouse, and navy-blue blazer with her black shoes, she double-checks her hair and smiles.