To Love an Alpha 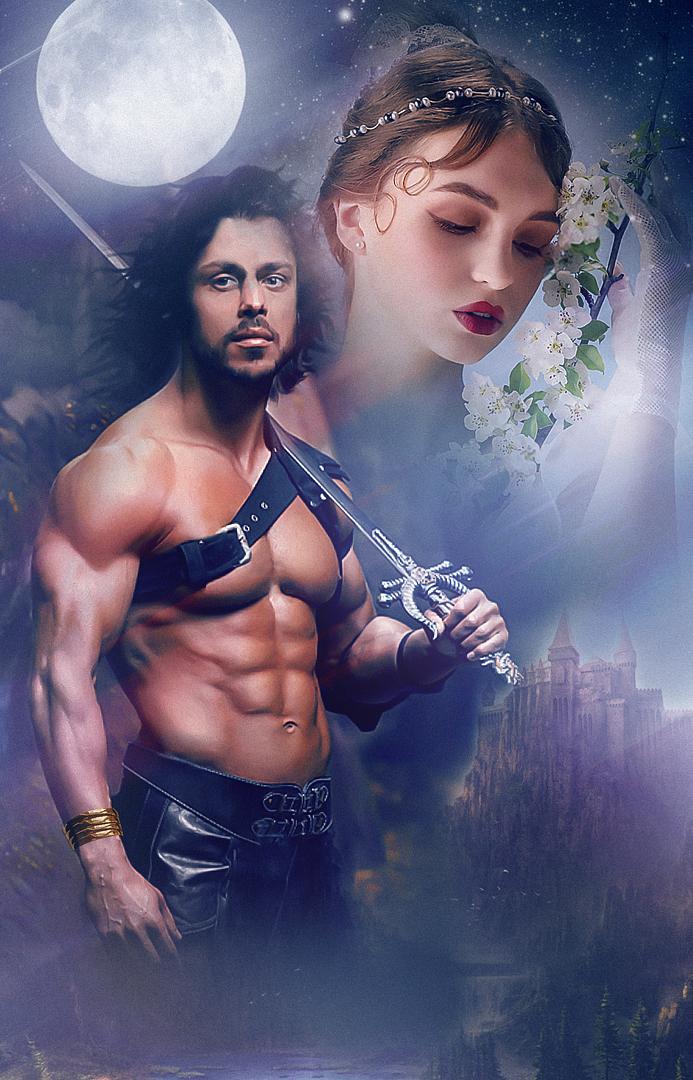 To Love an Alpha

A war had been going on for years, and King Thaksin of Oprela had grown tired of it. He had lost so many good men, just like his rivals had. It was a waste.

During the war, eight nations battled against each other and against Oprela itself to take over Thaksin’s crown as the older king had no alpha heir to inherit the throne.

He had but one daughter: Princess Arya. But, sadly, the young princess wasn’t qualified to take over his crown, for Arya was born an omega.

The king had been so heartbroken when his queen died while giving birth to Arya that he’d never married again and never become a father after his firstborn daughter, so no other heirs were born.

Arya had lived a good life, growing up in Oprela, and even though she wasn’t the powerful alpha that her father would have liked her to be, she had always felt that the man loved her a great deal.

It wasn’t her fault daughters were rarely born as alphas. Most women were born as a beta and some as an omega.

As Arya and Thaksin walked through the royal garden together on this sunny, bright day, the king told his daughter about his plan.

Soon, a great tournament would be held where alpha kings from all eight nations would battle against each other to the death.

The alpha that was the mightiest and strongest among them would receive Arya’s hand in marriage and would become the new king of Oprela after Thaksin’s retirement.

For princess Arya, it was one of the darkest days of her life. She didn’t want to marry someone without love.

“I’m sorry, my daughter. You know it pains me to do this, but I don’t want more soldiers to die because of this war,” Thaksin said. “Enough is enough.”

He could only hope that King Leandros would win the tournament, as he knew that the good king would make a fine husband to his daughter.

“I know, father. It’s not your fault,” Arya said, fighting back the tears that were pricking behind her eyes.

She was afraid, so afraid, knowing that her whole life would change after the tournament, something she didn’t want to happen.

Kohl had heard the news about the tournament last week, and it had been one of the most satisfying days of his life.

He was one of the eight kings to battle for Arya’s hand, and he knew he would win, as the other kings were weak and pathetic in his eyes.

They only had the advantage of having a larger army than he did. Now, without an army to protect them, Kohl would gladly end their lives.

“Are you ready for it?” Aema, the first commander of Kohl’s army, asked.

Fighting was his lust and life, and he had been trained to kill ever since he was just a seven-year-old boy. By now, he had lost count of the number of lives he’d taken.

All those kills… Kohl felt no remorse, though. Instead, it made him feel powerful and proud.

Kohl had been king since both his parents died when he was only thirteen years old. His kingdom, Geara, was small yet powerful, but Kohl wanted more. That’s why he’d been at war for the larger kingdom of Oprela.

He and Aema would leave today to start their journey. The tournament shall take place tomorrow, in Thaksin’s royal arena. Eight warriors shall fight, one on one.

First, four battles, then the four winners of those first fights shall battle against each other in the second round, again one on one.

Then, in the last round, the two winners from those matches shall fight for the hand of Princess Arya and the future throne.

Kohl had never seen the omega princess, but he had heard that Arya was the most beautiful woman in all of the lands, and he couldn’t wait to mark her as his own…

The day of the tournament had come, and Kohl waited backstage at the arena, together with his rivals.

All alpha kings checked the competition, and the whole area was stinking up with alpha-rivalry fragrance—bold, manly scents packed with testosterone, some with a hint of fear.

Kohl wasn’t impressed with the seven other kings at all. The man he had to fight in the first round was King Lir, a big bear of a man. He was broad and tall, resembling a real fighting beast.

They were the last duo to fight.

As the horn sounded, the first pair entered the arena’s ring, but the fight didn’t take long. The second and third matches lasted a little longer.

As Kohl watched them, he saw there was maybe one man who would prove a little bit of competition to him: King Leandros.

Soon it was time for the last fight of round one. Before Kohl and Lir entered the sands of the arena, Lir smirked at the other alpha, obviously very sure he would win.

Kohl smirked back because he knew that Lir was slow due to his large appearance, which would give him an advantage.

The horn sounded again, and both men were happy to set their feet upon the sands of the arena. Kohl had always been excited for a good fight.

Before the fight would start, they had to pay their respects to Thaksin and Arya first. Kohl bowed to the alpha king and his omega daughter with reluctance.

He didn’t like to bow but, barbaric or not, he still knew a little common courtesy.

When he saw Arya, his fighting lust only grew bigger. The girl was indeed very beautiful, with shiny auburn hair that fell upon her bosom and lips red like cherries.

Arya sat next to her father in the stands, waiting for the fourth fight. They had the best view of the games from this spot, but Arya didn’t like this day at all.

The fights were so horrible to watch. It was barbaric in her eyes, as she wasn’t used to this much violence. It made her nauseous.

The sound of the horn was echoing through the arena again, and the crowd got wild. The last two alphas came walking into the arena, and Arya observed both men.

One was very tall and broad, while the other was a little shorter with a more slender build. The charisma of the one with the slender build was far more present, though, as he appeared to be fearless and full of power.

Arya grew a little scared when looking at the expression in his eyes. They looked at her with a certain hunger, like a predator watching its prey. It gave Arya shivers down her spine.

“Father, who is he?” she asked Thaksin while pointing at the slender alpha with tanned skin and long black hair.

“What do you know about him?” Arya asked, not satisfied with only a name.

The king inhaled deeply. “He might look weaker than his opponent, but I’m afraid he will win this round for sure.”

“Why does that scare you, father?” Arya asked.

“Because I fear he’ll win the entire tournament, and I don’t want that to happen.

“I wish I could have excluded him from this tournament, but he has the right to fight, just like the others.” Her father sighed, having a concerned look in his eyes.

“Why don’t you want him to win?” Arya asked, feeling her heartbeat speeding up. Her father’s reaction scared her.

She didn’t get an answer to her question, though, as the fight was starting.

It took not even one minute before Kohl had finished off King Lir, and Arya was repulsed when she saw what Kohl did after he had stabbed the man to death.

He hacked of Lir’s head and held it up in the air for Arya to see. A prize, but for the omega princess, it was a gruesome view to behold.

“Damn it!” Thaksin cursed, not wanting his daughter to fall in the hands of that savage brute.

The crowd went wild again. They loved this kind of show, and they seemed to love King Kohl too.

The next few matches took longer. After about an hour, the last round was a fact, and Leandros and Kohl were the two strongest warriors who would fight for the winner’s title.

They stood opposite each other in the arena.

“Oh, you’re going down, good king, but because I like you, I will make your death quick and painless,” Kohl said, almost promising.

He smelled Leandros’s fear while all that came off his scent glands was excitement and fighting lust.

The match started, and he had to admit that he needed to put in a little bit of effort this time. Leandros even managed to cut his wrist.

That was the closest anyone had come to hurting him today, and with that, Leandros received his respect. It even took Kohl five whole minutes to kill the good king.

Kohl looked at his future wife and smiled, ready to claim his prize…