Cami always feels like the universe is out to get her. Every time she gets to a stoplight it turns red, without fail. After being dumped by her boyfriend, she doesn’t think her day could get any worse. That is until… of course, another red light. This one is different though, as hunky CEO Nick is also stuck at it, too. Who says nothing good can come of a red light? 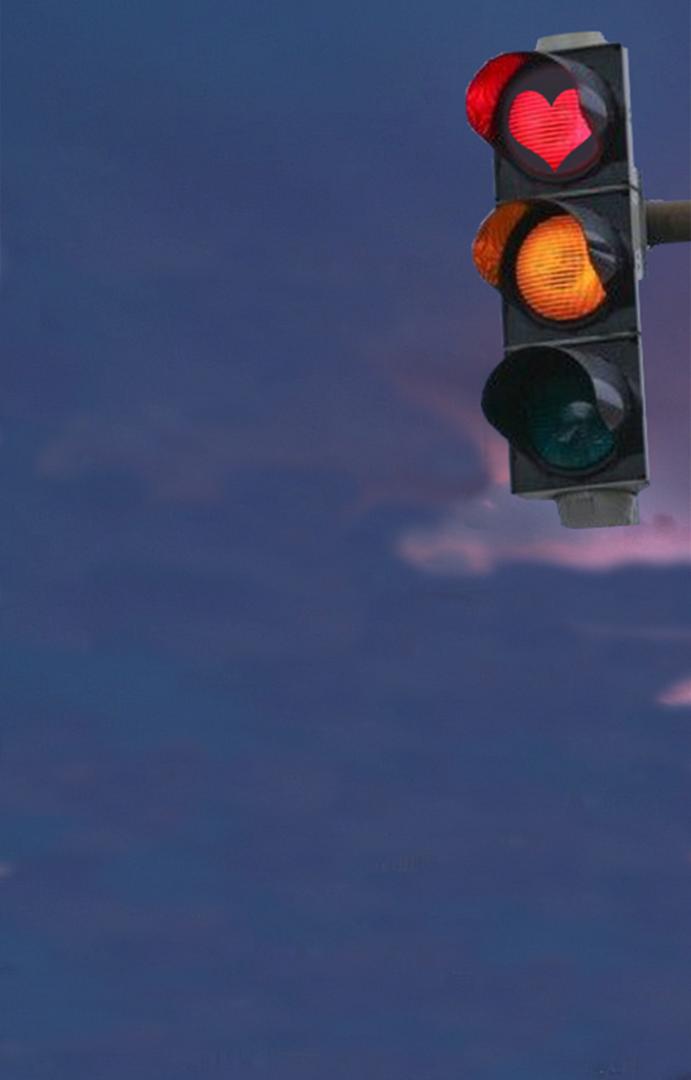 Cami always feels like the universe is out to get her. Every time she gets to a stoplight it turns red, without fail. After being dumped by her boyfriend, she doesn’t think her day could get any worse. That is until… of course, another red light. This one is different though, as hunky CEO Nick is also stuck at it, too. Who says nothing good can come of a red light?

I just got dumped, through a damn text message.

And I witnessed him do it with a woman by his side, an arm wrapped around her waist, just like how he used to do with me.

And I can't even deny how unbelievably gorgeous she is, likeVictoria's secret level which was something I'm far from being.

He was just on the other side of the pedestrian lane waiting for the light to turn green, just like I was from the other side. He was so preoccupied with her that he didn't even notice me.

I clutched my phone harder and tried not to let the tears spill as the few drops of rain started pouring.

As the light turned green, I walked along with other people.

I looked down, letting my hair fall — effectively covering my face as I feel the tears starting to fall along with the heavy rain that's already drenching me.

People were opening their umbrellas and others started running but I remain unfazed by the rain.

I felt too numb.

When I crossed the other side of the street I looked back to see Chad and the woman running and laughing until they sought shelter at the bus stop.

My heart broke at the sight of him so happy, knowing I wasn't the reason behind it.

I can't help the sob that came out of me, I was full on crying in the middle of a busy street and I couldn't care less what people thought off me right now.

I forced myself to look away and started running towards my apartment.

When I managed to arrive at my house, I lifted the little chicken statue and took the key letting myself in.

As soon as I opened the door, I slammed it shut, leaning on it and letting myself slide down until I was sitting down. I shakily pulled my knees up, and let my head rest on it.

“WHO'S THERE? I HAVE A BASEBALL BAT AND I'M NOT AFRAID TO USE IT!”

Startled by the shouting, I looked up to see my best friend in all his muscular glory with only a pair of boxer shorts, holding a baseball bat ready to swing.

Did I forget to mention I live with my best friend?

“Camilla? When did you-” Hugh's eyes widened as he took in the sight of me.

I cut him off and ran to him, throwing my hands around him sobbing.

“What the hell Cami? What the fuck happened?”

I buried myself deeper in his chest as he put his arms around me patting my head. He guided me towards the kitchen island and without saying a word, got a blanket for me and started on the kettle.

A few minutes later, he placed a hot cup of chocolate with marshmallows in front of me.

“What happened Cami? Your flight isn't until next week” Hugh asked as he placed the baseball bat on the counter and leaned his elbows on it.

Reaching for the cup with trembling hands, I took a sip and my body was instantly warmed.

“C-Chad” I answered, my voice quivering.

“What about Chad?” Hugh's tone was becoming dangerously low.

“I wanted to surprise him for our anniversary” I answered quietly.

“Then what?” He said, urging me to continue.

“I was on my way to his office when I saw him from the other side of the street. I was just about to text him when I received his text.” I answered, playing with the rim of my mug.

“He dumped me, Hugh.. He fucking dumped me through a text!”

“He did what?! Oh that bastard is going to get it” Hugh spat as he reached out for the baseball bat.

My eyes widened in alarm because I knew Hugh wasn't kidding around. I immediately reached out for the bat and took it away from him. He was trying to reach it from the other side when I cut him off.

“I'm not even done Hugh...” I sighed, the tears threatening to fall again.

“He had a woman with him, and she... she was undeniably pretty, I'm talking about model material Hugh, which we all know I'm far from being” I finished, sobbing.

Hugh went around the counter and hugged me from the side, placing his chin on top of my head.

“You are fucking gorgeous Cami, you just don't see it, but I do. If I weren't gay, I'd totally shag you” He said.

I laughed at what my best friend said. Count on Hugh to tell things like that at moments like these. But that's why he was my best friend and I loved him for it.

“I need to change, I'm freezing” I said as I remembered I was soaking wet in the middle of September.

“Yeah, you should. And while you're at it take a bath, you stink” Hugh said scrunching up his nose teasingly.

I playfully slapped his chest and made my way to my room and heading straight to the bathroom. I turned the knob to the highest heat and let the tub fill with water.

I added some bath bombs into it and watched as the ball started dissolving away. Just like how my love life is at the moment. I thought bitterly.

When I was done taking a bath, I threw on my comfiest clothes, my favorite white knitted sweater paired with gray shorts and my favorite striped fuzzy socks.

I sat in front of my vanity and started lazily combing my hair. I stared at my reflection wondering what was wrong with me.

I laid down on my bed staring on the ceiling wall, a million thoughts running through my head.

This wasn't how I planned my day to go.

I went home earlier than what was planned hoping to surprise Chad. I just completed my last year at Patisserie school and had our graduation yesterday.

The school was located here, but all graduating students have to complete their last year at a high end hotel in another state.

The hotel which was owned by one of the school’s board of directors decided to treat the students with the new hotel’s accommodations, hence the ceremony was held there.

My parents came but Chad didn't, saying he was caught up in work. I was sad since it’s been a year, but I understood. I know how important and demanding his job was at this big shot company.

Which makes me think how naïve I was not to notice things. Were there signs? Probably. But I knew my love for him was stronger than my doubts.

I can't take it anymore. If I stay any longer in this goddamn room I might just explode wondering where I went wrong. Getting out of bed, I fished for my wallet and keys and got out of my room.

I silently walked down the stairs and went to the door. Slipping on some flip flops, I opened the door and carefully locking it to avoid waking up Hugh.

I trudged down the small steps and went around to the garage.

Taking off the covers of my vintage blue beetle, I climbed in and started the car. I don't even know if I should be driving, I'm not DUI-ing per se...

Just driving under the heavy influence of my thoughts and emotions.

I mean, who the hell does that? Cheating and then breaking up through a text message?

And I had the misfortune of dating one for the last five years.

He could have at least had the decency to call! But that's too much to ask right?

Rolling down the windows to let the cold air seep in, I drove off through the quiet night, remembering how this all started.

Chad was my first boyfriend, my first kiss, my first everything. He was a typical jock and I won't lie, I was no queen bee, in fact I was just a regular girl who happened to “get lucky” and snatched Richfield high's trophy boy.

We were headed to different universities, he was going to take up business while I enrolled in culinary school. And even though that was the case, we promised to stay strong.

We endured the whole drama of “staying strong' “we'll make it' “you'll only be the one', you name it, we went through all that shebang. And let me tell you, looking at it now, I can confidently say it's nothing but a complete load of utter bullshit.

Before I could even stop it, the waterworks started again. I angrily wiped the tears away but the tears kept on coming, blurring my view of the road.

“SHIT!” Out of nowhere, the stupid stoplight suddenly turned red and just in time for me to step on the breaks throwing me forward. Sending a short prayer up above for reminding me to always wear my seat belt. Glaring at the damn thing, I've had enough stoplights giving me a heart attack for one day thank you very much.

I settled my forehead on my steering wheel, repeatedly banging it as I counted down the seconds on the stoplight.

“It's going to be a long countdown, you sure you're not hurting your steering wheel?”