There isn’t a person alive who doesn’t love Scarlet. She’s young, beautiful, and has the soul of an angel… So it’s shocking as hell when her destined mate turns out to be the heartless and merciless Alpha King. Feared by all—and for good reason—he has returned after seven years to claim what’s his. Will Scarlet be able to break down his walls, or will she end up begging for mercy? 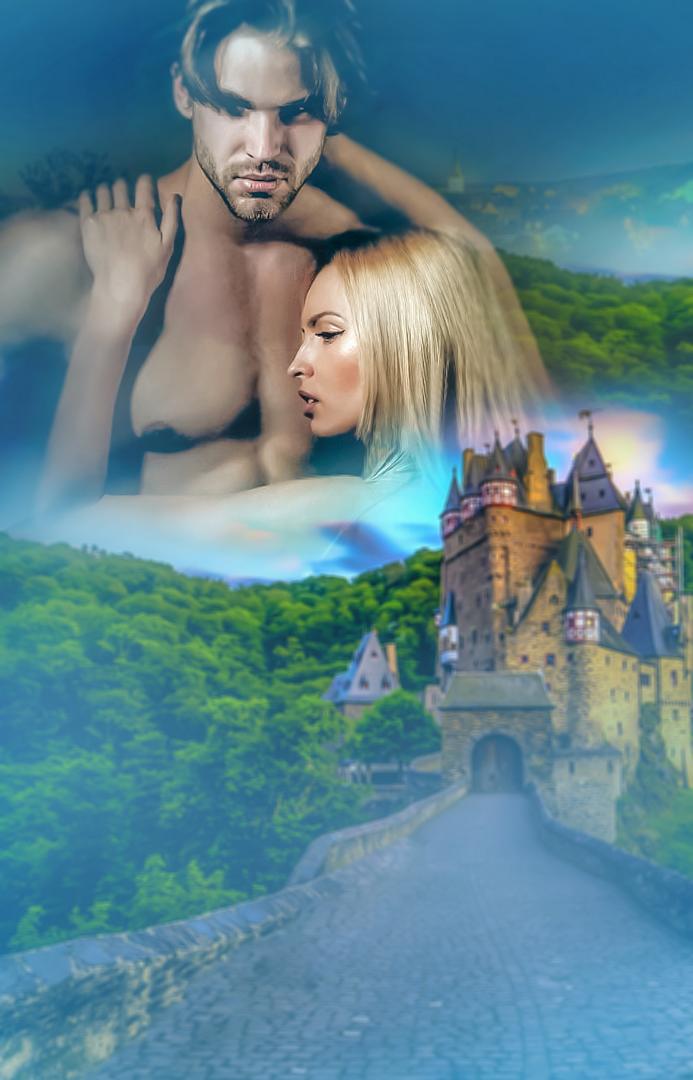 There isn’t a person alive who doesn’t love Scarlet. She’s young, beautiful, and has the soul of an angel… So it’s shocking as hell when her destined mate turns out to be the heartless and merciless Alpha King. Feared by all—and for good reason—he has returned after seven years to claim what’s his. Will Scarlet be able to break down his walls, or will she end up begging for mercy?

“Scarlet Rose Wrett, you come down this minute or you’re grounded for a month!” my mother’s familiar voice shouted up the stairs.

Oops, that meant she had been calling me for some time now. Groaning, I paused Netflix and left the comfy sanctuary of my bed to go downstairs.

Let me introduce myself. My name is Scarlet Rose Wrett—as you already know. I am twenty-one years old. Yes, I know I am old. No need to rub it in.

My dad is the retired beta, which is the second in command. I have one older brother called Jake. He is twenty-six and his mate Maria is twenty-five. Jake has just become the beta, taking over from my dad.

The alpha also stepped down and gave his position to his son, David. He is twenty-seven and his mate Jenny is twenty-five. I also have one younger brother—Matthew. He is only eight years old and is super cute.

Although Jake and I knew that Matthew was 100 percent an accident, we had decided not to tell him, yet. When he’s older, however, we will tease the shit out of him!

Right now, we’re just good older siblings. Matthew is the one I spend most of my time with since Jake is busy with his duties.

Oh, and my best friend Aria, of course.

Aria’s dad is the alpha king. Well, the temporary one until Aria’s cousin comes back to take his place.

Anyway, my mom spent most of her time looking at werewolf boys for me. You already know that I am twenty-one and if you hadn’t guessed it before, then I’ll tell you. I still hadn’t found my mate.

Most werewolves find their mate when they are eighteen. If you don’t, it might be because your mate is dead and, in that case, you remain mateless.

Many werewolves who this happens to mate with humans and have a happy life.

The other possible reason is that your mate is human, and, in that instance, you have to bring them into our world slowly, as it might come as a shock to them.

My mom, however, refused to believe either possibility and put it down to the fact that I haven’t been getting out enough to find my mate.

I didn’t leave my house often. I mean who could blame me? My bed was my one true soul mate. Therefore, my mom had taken it upon herself to find my mate for me.

As I walked down the stairs, my mom stood at the bottom, tapping her foot—something she did when she was really angry. I gulped. What have I done this time?

I began wracking my brains for anything I had done wrong in the past few days. My mom isn’t the best person when she is angry. She makes David scared, and he is the alpha.

I walked into the living room and as soon as my mom saw me, she dragged me to the sofa and sat me down.

“Scarlet, do you know how long I have been calling you for? What is the point of having heightened senses if you’re not going to use them!”

I grinned sheepishly. “Sorry, Mom. I was busy.”

Mom raised her eyebrows at me.

“Busy? Doing what? Watching Netflix? Enough is enough, you need to get outside. Go for a run, do something.

You haven’t found your mate because you are cooped up in your room all day. He could be closer than you think.”

Closer than I think? Surely if that was the case, I would have found him by now.

But I would never say that to mom. She was already angry at me, and I didn’t need to make her even madder.

I just had to appease her.

I replied, “You’re right, Mom. I need to get out more. From tomorrow, I will go for daily runs in my human form. That’ll give me more opportunities to find my mate.

I would go today but I have to go and help Aria, but I promise tomorrow I will go out and try to find my mate.”

My mom nodded slowly and got up. “Good. I know you can’t go today; it’s a big event tonight.”

Suddenly her eyes gleamed as she said, “Who knows, maybe tonight will be your lucky night?”

She smiled at me and kissed the top of my head. Typical.

“There was something else, but you made me mad, so I forgot. If I remember, then I’ll message you,” Mom replied before heading back into the living room.

I sighed, relieved that the talk was over. It hadn’t been as bad as I thought. Probably because she forgot the real reason that she called me down.

Luckily, I had to leave the house, so she could only message me. How mad could she get over text?

The house was so quiet because Matthew was at a camp for the next two weeks. I missed that little monster, he always kept Mom and Dad on their toes.

I headed upstairs, lost in my own world. My eyes drifted over to the clock, and I swore. Shit, I was late. I always lost track of time when I was daydreaming.

I was meant to be helping Aria. After all, it was a big night for her and everyone else.

Without wasting another second, I quickly got dressed, ran out of the house without saying bye to Mom, and jumped into my car.

I sped off, cursing myself for being late. As I was driving, I felt this pit of loneliness inside me. I know that I acted like I didn’t care about not having a mate. That wasn’t true.

I wanted to be loved. To have my mate protect me, for him to love me unconditionally and for him to care for me.

Seeing my brother happy and my parents happy always made the hole in my heart get bigger. All of them had such good relationships and I was jealous.

Was it too much to ask for my mate? Something that every single werewolf looked forward to?

I felt a tear escape and I quickly wiped it away. Mom’s words echoed in my head. Could tonight really be the night? I shook those thoughts away; I didn’t want to get my hopes up unnecessarily.

Plus, Mom was only saying that to comfort me. I couldn’t let these thoughts distract me anymore. Tonight was meant to be exciting for Aria, I wouldn’t let my sadness bring her down.

I parked my car in Aria’s house and walked inside. As usual, I was greeted by the maids and was told Aria was upstairs. I smiled and walked upstairs to Aria’s room.

People were rushing past me, carrying various things. I guessed this was for the return of the alpha king. But when I looked at people’s faces, I saw fear.

I had heard about the alpha king. His name is Dylan and when he was just thirteen, a family tragedy occurred. Both of Dylan’s parents were killed by rogues.

Rumor had it that they were brutally slaughtered in front of Dylan himself.

That tragedy caused him so much grief and hurt that he went on a killing rampage. It was said that his wolf lost control, and no one had ever seen a wolf so vicious.

Dylan only killed men. He always left the women and children, but he killed men who had families as well as single men.

Aria’s dad, Henry, was the one who put a stop to Dylan’s rampage. It wasn’t easy, but he managed to calm Dylan down.

He then decided it was best if Dylan went away for a while, and because Henry was Dylan’s uncle, he had a right to send Dylan away. No one knew where he went except Henry.

Henry was the younger brother of Dylan’s mom, but it was Dylan’s dad who was of royal blood.

Since none of the royal family were left alive except Dylan, Henry was given the temporary position of alpha king. Dylan also agreed to it before he was sent away.

Aria was Dylan’s cousin and she always said that her dad would never let her know where Dylan had gone. Shivers went down my spine as I recalled that story. It made me wonder how he would be now.

Most people were ready for the rightful king to take his place, but it was no secret that they were also worried. Dylan was a killer once, and no one knew if he had truly changed.

Sighing, I made my way to Aria’s door. I hardly ever knock, and this day was no different. I opened the door to Aria’s room only to find her sitting on a boy’s lap, having a heated make-out session.

Seriously? This girl. She hadn’t even heard me come in, so I decided to make her aware of my presence.

That got her attention and she quickly broke the kiss, a deep crimson color flooding her cheeks.

I stood there and raised my eyebrows at her, demanding an explanation.