Love of My Life

Aadhi is no stranger to pain and sacrifice, so when she enters into an arranged marriage, she is prepared for both. Her new husband is cold and distant, but underneath the surface there is a warmth that dares her to love again. But can a marriage that starts from obligation blossom into true love? And will the secrets of her past come back to destroy her happiness? Aadhi will learn what it means to brave everything for the love of her life. 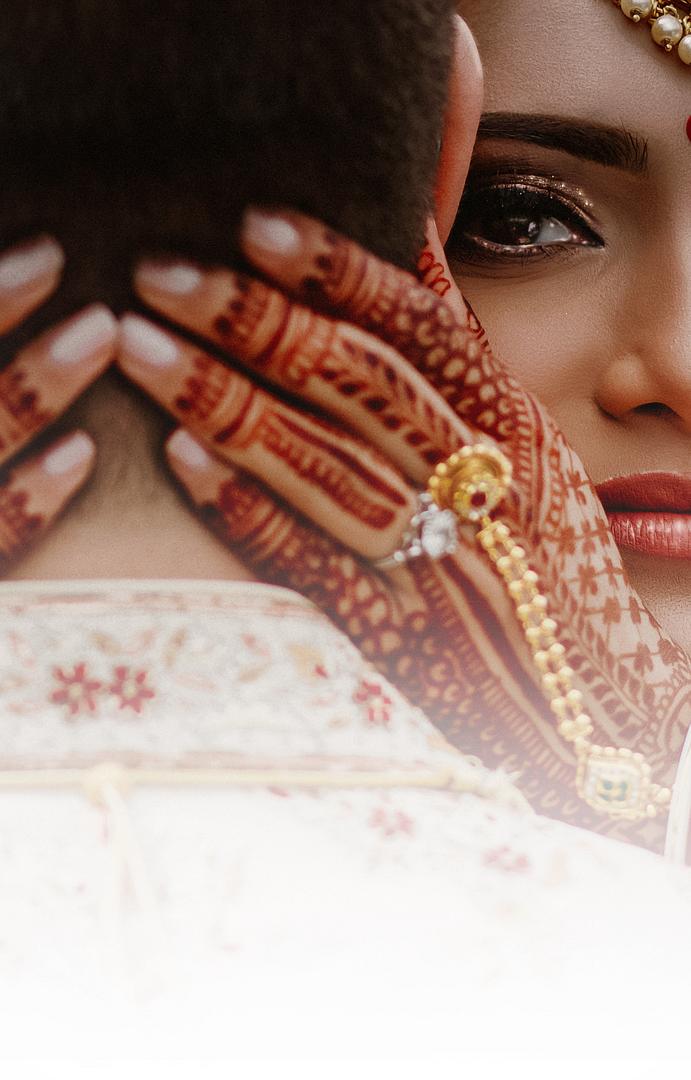 Love of My Life

Aadhi is no stranger to pain and sacrifice, so when she enters into an arranged marriage, she is prepared for both. Her new husband is cold and distant, but underneath the surface there is a warmth that dares her to love again. But can a marriage that starts from obligation blossom into true love? And will the secrets of her past come back to destroy her happiness? Aadhi will learn what it means to brave everything for the love of her life.

I was left alone in a highly decorated room with all kinds of flowers. It was my wedding night. The clock showed 7 p.m. It was an arranged marriage, and I didn’t even know this man.

I was kind of nervous to be in the same room with a stranger…or should I say…my husband?

I noticed that the king-sized bed in the room was also decorated with flowers. I had never understood the concept. It just made me more anxious.

There were some fruits and sweets neatly arranged on a plate on a nearby table along with a glass of milk for my husband.

I sat on the edge of the bed so as not to destroy those decorations and started thinking.

I reminisced about the moments when I dreamed about how my marriage should happen and my life with my future husband.

But when you think of having an apple, life gives you a lemon, which is what exactly happened to me. I didn’t know anything about the person I married.

I saw him only once before marriage. I didn’t even know his name or what he did for a living. Nothing.

You might ask me how I could marry him without knowing anything about him. That’s the beauty of arranged marriage.

If both families like each other then the marriage will happen for sure. If the boy and girl want to, they can get to know each other in the limited time they are given.

This marriage was held without my consent. I just said yes for the sake of my parents. They have been through a lot because of me, and I didn’t want to be a burden to them anymore.

I hadn’t shown any interest in getting to know him. As a result, I was sitting in that room anxiously waiting to see what would happen in my life’s next chapter.

While I was thinking, I heard someone open the door, enter the room, and close the door. I just sat there unmoving like a statue, not knowing what to do.

I didn’t even care to see who was coming inside. Hopefully, it was my husband.

He walked toward the bed and sat on the other edge of the bed. Even then I didn’t raise my head to see him.

There was a silence between the two of us. Neither of us knew what to talk about and how to start.

After a few minutes of silence, he tried to talk but he couldn’t. He was stammering. I couldn’t believe that he came drunk. For the first time, I raised my head to regard him with a disgusted look.

I think he understood. “Yes, I am drunk,” he said, “my friends forced me to, as it was my wedding night.” I didn’t say anything back.

A few minutes passed. “Okay, that’s enough. Remove your clothes and lie down I will finish whatever I have to do,” he said in a tone of annoyance.

I was shocked to hear this and looked at him questioningly.

Is he talking for real or is this some kind of stupid prank?

The way he looked at me, I could see that he was deadly serious.

I didn’t know what to do next. Is this what I expected? Hell no! I was about to burst into tears at this unexpected statement from a stranger who happens to be my husband.

I just sat there without even moving an inch, planning what to do next.

I guessed he was annoyed that I didn’t react the way he wanted. He took a step closer. I was worried he would try to touch me and I didn’t want him to, so I ran away from him.

I ran toward the wardrobe in the corner of the room. Upon seeing my reaction, he hesitated for a second. Then he started walking toward me.

He got very close to me, until I could feel his breath on my neck. In my ears, the words he said hit me like thunder.

Those words had the power to shatter all my hope of living in the fantasy world of love.

“See, I don’t have time for your drama, and I don’t know what you have dreamed about this life with me but remember this: I don’t make love to you and I don’t want that.

I just want to fuck you for the sake of my family so that you will give my parents a grandchild and they will stop nagging me about how beautiful life is after marriage.

There ends my job, and I can live my life however I like,” he said, angry that I wasn’t complying.

That’s when I knew that even he was not interested in this marriage and that he was forced to marry me, too. Whatever the reason, that didn’t give him the right to behave like this to a girl.

If it were a different situation and different person, I would have made him realize his mistake and make him never come near me again.

But he was my husband and had every right to touch me. It was just…not what I expected when I entered this life.

After all, I was just another girl who read lots of romance novels and lived in a fantasy world. I realized my stupidity right there and then.

He leaned in ever closer and so that his lips nearly brushed against mine.

And suddenly, I couldn’t hold my tears anymore. Tears started rolling down my cheeks. I sat down on the floor, and started crying more, thinking why it was happening to me like this. I guess he didn’t like the sight of me crying. After that, he rushed out of the room angrily.

I sat on the floor and cried, thinking about my future with that person. How was I going to live a life with this kind of person after this? I lost all hope. It felt like my life had come to an end.

I strongly believed that sex was an outcome of unconditional love. We must cherish one another to make love to each other.

Sex is not just fucking. It should be the combination of love, lust, respect, and care you have for one another. Of course, in an arranged marriage, you can’t get these on the first day.

So, you give each other some time to understand and fall in love. That’s what I thought… That he would give me time.

It was about 11 p.m. when the door opened again. It was him.

He came inside without even being able to stand properly. I believe he went and had some more to drink.

I was scared to see him return. What if he tried to pull that stunt again? But he didn’t seem to notice me. He went straight to bed and slept.

I didn’t even have the strength to cry anymore. I lay down like a fetus in the womb folding my legs, bending my back, and folding my hands.

I was tired, but I kept my eyes open for any danger. Lost in my thoughts, I didn’t know when I drifted off to sleep.

I didn’t know how long I slept there like that. After some time, I felt like I was floating in the air, and I felt someone’s touch.

It didn’t feel like a dream so I tried to open my eyes, but I couldn’t open them because of all that crying.

I could feel my eyes burning and puffy, making them hard to open, and my head throbbed with pain. But I could make out that someone was carrying me.

I tried hard and opened my eyes. The image was blurred at first because of all that crying, and I was sleepy too.

I closed my eyes to adjust to the light and opened them again. I couldn’t believe what I was seeing.

My drunken husband… He was carrying me in his hands. I tried to free myself, but I was unable to fight against him.

I was too tired to use more strength to push him away, so I decided to do nothing and let him carry me wherever.

I was barely in the right mind to think about what he was going to do to me.

I looked at his face to find any clue as to why he was carrying me and where to. Noticing I was awake, he looked down at me with concern.

For a second, our eyes locked. I was staring into his eyes until he reached the bed.

He smiled at me and said, “I am sorry.” He then put me down on the bed, caressed my cheeks, and kissed my forehead. He said, “Good night.” I drifted off to sleep as if I was dreaming.