Zoey Curtis is desperate to get out of her current job and away from her asshole boss! But when she is offered a job as an assistant for billionaire playboy Julian Hawksley, she is unprepared for the yearning desires he sparks within her... 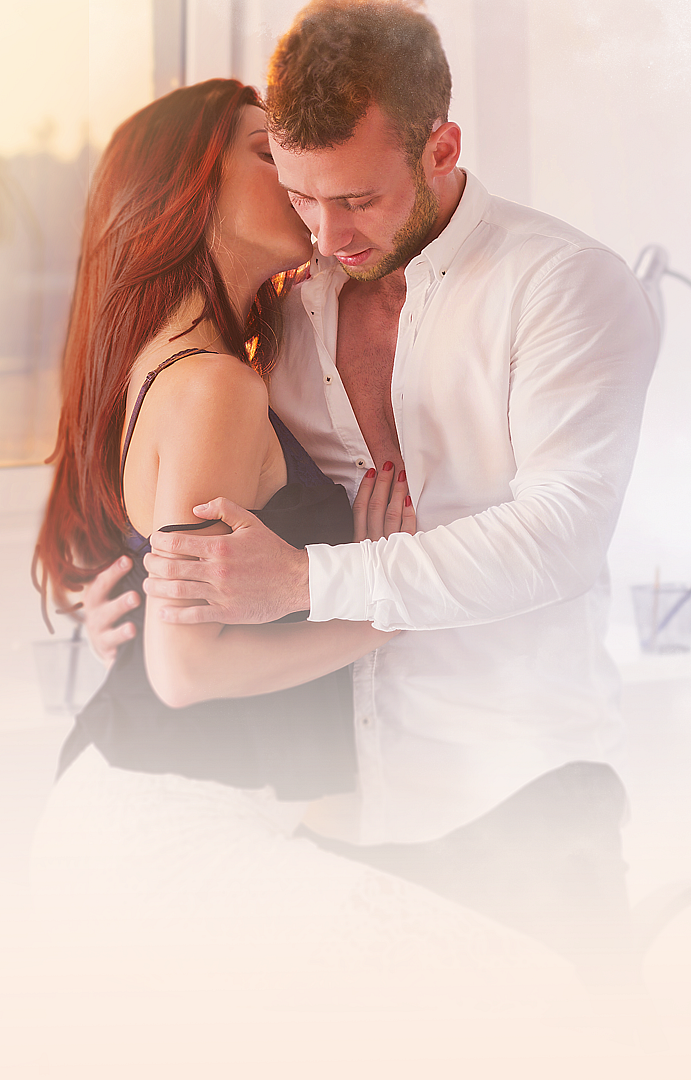 Zoey Curtis is desperate to get out of her current job and away from her asshole boss! But when she is offered a job as an assistant for billionaire playboy Julian Hawksley, she is unprepared for the yearning desires he sparks within her...

1: Wake Up and Smell the Harassment

Since graduating from the University of Illinois six years ago, things hadn’t gone quite to plan.

Which might have had something to do with the fact I didn’t really have a plan.

I used to. Have a plan. For everything.

But that was a few years ago, and things had gone a little off target since then.

My degree had been a BA in Business. I had wanted to be an Advertising Manager.

I loved the strategy of the job.

Being plugged into an organization at all levels.

Discovering what the organization really was and what it ~really~ needed.

And how to show that to the world without telling them.

I loved what I did.

Well, what I was pursuing.

I hadn’t quite got there yet.

When I first got out of college, that was what I called myself.

But using that title got harder and harder as time went by.

A family health scare—my mom being diagnosed with hypertension—really knocked me off center.

I’d never experienced something that made me look at my life so intensely.

At what my priorities were.

I wanted my career to develop and take off and soar. Everyone in my family wanted that for me.

But if it cost me time with what mattered most, could I allow that to be my top priority?

I eventually had to decide: pursue the job that could be the first step in my career or help my mom and dad through the hardest time in their lives…

The choice was, at the time, easy. I followed my heart…and put my career on a brief pause to help my family.

We were lucky, and my mom’s condition stabilized. But by that time, the internship and subsequent job sailed by in the rearview mirror.

I never regretted the decision.

I was glad I had the chance to help when my mom needed me, and I didn’t begrudge the delay in advancing my career.

Burning the candle at both ends.

Any number of clichés.

…But, truth be told, some days at some jobs tried my patience.

“Zoey? Oooooh, Zoey?” I heard Mr. Daniels calling through the wall and rolled my eyes.

I was on my break in the employee lounge, reading an online magazine article, trying to keep a low profile.

I turned on my earphones and focused on my article.

Hawksley Has a Hot One! Eccentric CEO’s New Land Development Project is an Ambitious Endeavor

I was an architectural enthusiast, and each headquarters and hotel Hawksley Enterprises put up were architectural marvels. I followed everything they did.

I had studied them in college, during the Business degree I was currently putting to exactly zero use.

At twenty-seven, I wouldn’t be blasting to the top of the corporate ladder anytime soon.

College felt like a lifetime ago, and at no point in time had it been part of my plan to wind up a secretary in an ad agency.

But I had responsibilities.

To my parents. Now that my mom couldn’t work, they needed some help paying the bills.

To my boyfriend. Whenever he happened to be in town.

And now, unfortunately, to Vlashion, the ad agency I’d discovered flipping through the “Wanted” ads in the paper two years ago.

They needed a secretary, and I needed a job.

I lost my momentum after college and was having a hell of a time getting back into my old networks from my business school days.

I didn’t despair that my career hadn’t taken off yet. I just needed the right job to get me started.

Not that it would be this job.

Since the day I started, I knew that the same thing that had driven me out of my last couple of jobs would be what drove me out of this one sooner or later.

Mr. Daniels, or Don as he would sometimes ask me to call him, didn’t subscribe to the same notions of professionalism, respect, or consent as the world around him.

And I was his target.

Hearing him stomping around outside, I silently scooted my chair around the wall of lockers. If he entered the lounge, maybe he wouldn’t see me.

If I didn’t read quickly, all I would think about for the rest of the day would be coming up with excuses for denying the date, after-hours drink, or nightcap he offered almost every day.

Enough about that stupid creep, I scolded myself. ~You’ve got ten minutes. Read!~

Hawksley Enterprises had thrown a celebratory gala at their newly finished UK headquarters in London, complete with billionaires, celebrities, fashionistas, you name it.

The article highlighted the company’s impressive track record in real estate across the United States, Australia, and Europe, and discussed how it was also trying to spread its wings to Asia and Latin America.

“Show some global initiative!” their CEO Julian Hawksley was fond of saying.

It seemed that soon enough, ‘Hawksley’ would be as much a household name as ‘Rockefeller’ was.

There was a video clip embedded in the article: an interview with Julian and Jensen Hawksley, the owners of the company.

I hit play, watching the hustle and bustle of London whiz behind the two hunks.

Julian spoke first, answering an interviewer’s question. “The place is great—spectacular! We’ll take you for a spin through here, come on!”

Jensen, the more serious younger brother, cleared his throat, and Julian rolled his eyes and settled down.

Julian looked a little unsteady. He’d definitely gotten into the champagne, and he shrugged at his little brother, feeling no shame in celebrating.

Julian resumed, “We’re thrilled with the place, but I want to go for a fleet! We’re in London, we’re in New York City, a few more underway in Asia and Europe!

“I tell you what I’m excited about, though—breaking ground in the Windy City!”

Jensen nodded and spoke up, “Yeah, we’re looking into a new branch stateside. There’d be a lot of logistics to work out, especially for a building complex as big as we’d like. So don’t hold your breath—”

He drank from a champagne flute, but it was empty.

I rolled my eyes but smiled. Say what you will about a playboy like Julian Hawksley, he seemed fun.

Jensen said, “Anyhow, no time soon, there’s a big shopping list we’d need for it to work: access to coastline, transportation, close to downtown and the business hive of the city—there’s a lot…”

I thought about my home city, listing off the different spaces I could think of that matched the billionaires’ wish list, going neighborhood by neighborhood…

I snorted out loud.

Who was I kidding? I had about a 0.0% chance of this line of thought mattering at all. Don’t flatter yourself, girl, I told myself.

Keep your head down. You have responsibilities.

On the video, Julian had somehow got hold of a bottle of champagne and he burst off the cork, making it pop loudly.

Mr. Daniels must have had his ear to the door because, an instant later, the employee lounge door opened, and he stepped in. He craned his neck and spotted me in the corner.

“I thought I’d find you in here…” he began, closing the door quietly, hoping no one outside saw him slink in.

“Yep…” I replied, trying to ignore him, hoping he’d get the hint.

“Oh, sweetheart, can’t you muster a little more enthusiasm? I know your heart’s not in this work—but it pays your bills, doesn’t it?” he said.

That kind of crap really got to me. I said, “I always perform my job with total commitment and attentiveness—”

He waved my words away, walking toward me and beginning to massage my shoulders. “I know you do. I just feel like…come on, you know.”

My body went stiff. Who the hell was he to touch me?

“No, I don’t. I know I have three minutes left on my break,” I said, putting my phone and my snack in my purse and trying to get up.

He let me go, but followed me to my locker. He leaned against it and said, “And what could we do for three minutes?”

“Mr. Daniels, I want to leave this room now.”

I stared back at him, stone faced.

He raised his hands in mock surrender. “Jeez, so serious! Fine. I came in here to get more paper for the copier, you let it run out again—”

“That’s not true, it’s full! I fill it every morning!”

“Well, indulge me, would ya? I want to make sure we don’t run out. We make ads, can’t be running out of paper, grab a fresh box.”

I rolled my eyes, wanting to scream at him. Bullshit.

He didn’t care about running out of paper, he just wanted to see me bend down to pick up a box, so that he could inspect my curves.

We kept spare paper in the employee lounge near the fire alarm, so that the office had a tidier appearance for clients.

Unfortunately for me, there was no way to lift the box that didn’t flaunt my backside.

I crouched down, getting a grip on the paper box, when Daniels crept up behind me, pressing against me. “Help with your balance,” he said.

My mind raced. I didn’t think I was in danger, but I wasn’t going to leave it up to Daniels.

I had to get out of this room and away from him right now, and the first thing I saw was the fire alarm.

I didn’t think—I reached out and grabbed it and pulled it as hard as I could!

An endless RRRRRRRRRRRRRIIIIIIIIIIINNNNNNNGGGGGGG screamed across the entire office, and footsteps thundered around the building as everyone evacuated.

Mr. Daniels gawked at the commotion and was distracted enough that I was easily able to shove him away, thrusting the box of paper into his arms.

“You take it!” I said, and rushed out of the room, slamming the door.

I joined the flood of office personnel heading for the exits. I shrugged along with my co-workers, feigning ignorance as to what was going on. “A fire drill?” “Who knows?”

As I filed out the door with everyone else, Daniels came out of the employee lounge with the paper box, scowling at me from across the lobby.

Not the scowl of an angry boss, but of a hunter whose prey managed to get away.

Every day wasn’t as bad as this latest episode in the lounge, but it wasn’t his worst behavior, either.

Enough is enough, I thought to myself.

I need a new job!