Melinda Mulcahy thought she was entirely ordinary until she’s sent to live with her father after her mother’s murder. One hell of a family secret is revealed when she’s told her father is the alpha of the Forest Pack and that he’s arranged for her to marry according to a prophecy. But she has other ideas. Can Mellie defy the prophecy and determine her own fate? 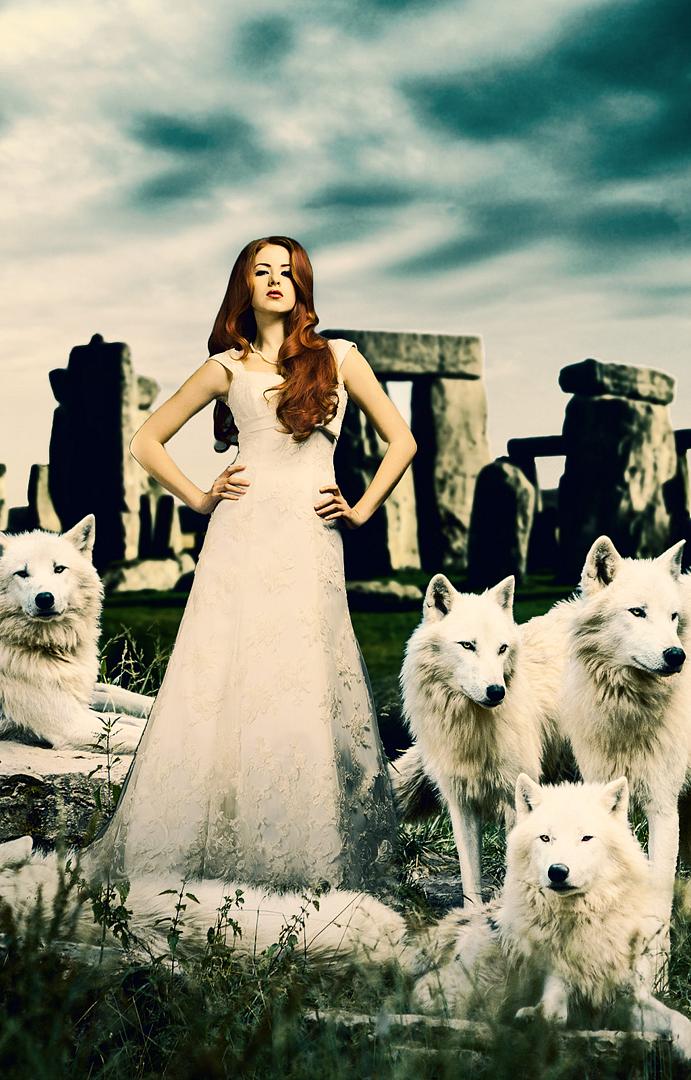 Melinda Mulcahy thought she was entirely ordinary until she’s sent to live with her father after her mother’s murder. One hell of a family secret is revealed when she’s told her father is the alpha of the Forest Pack and that he’s arranged for her to marry according to a prophecy. But she has other ideas. Can Mellie defy the prophecy and determine her own fate?

Heathrow airport looks exactly like the opening scene out of Love Actually. Hugh Grant couldn’t have described the interactions any better.

I take in my surroundings, analyzing every face around me, listening in on every conversation and remaining invisible, something I’ve started doing subconsciously since that night.

The flight from Florida to London was a long one. Not so much in time; I can deal with ten hours sitting in a plane.

But it felt longer with the social worker sitting next to me, desperate to get me to talk.

“She hasn’t said a word since it happened,” the social worker explains to the man in the three-piece suit standing in front of her.

He isn’t what I expected. He isn’t what my mum always described. Mum told me that he oozed charm, which is obvious, but she didn’t mention just how intimidating he looks.

For a man in his late forties, he’s in incredible shape. There isn’t a single line or wrinkle marring his face, and he doesn’t have a hair out of place.

I can feel his eyes on me, but I refuse to make eye contact.

While they talk, Michael’s eyes remain fixed, penetrating my skull. The two speak as though I’m damaged and can’t hear them.

Of course, I can hear every word. There’s nothing wrong with not talking.

Why talk when I have nothing to say?

“Melinda?” The social worker beckons me forward, almost like she’s conversing with a stray animal. I cringe at her use of my full name. “Why don’t you come and meet your father, sweetie?”

I step forward slightly, keeping my eyes down. Every child who’s grown up without a father wishes to meet him, but after everything my mother told me, I want to stay as far away as possible.

“It’s nice to finally meet you, Melinda.” His words are genuine, but his tone is gruff and unfeeling. He clears his throat, and I lift my eyes, noticing his hand held out toward me.

I look at his hand and then finally meet his eyes. They’re darker than I expected. So dark I can’t tell where his iris stops and his pupil begins.

I don’t move to shake his hand, too terrified by the look in his eyes. Mum always said he was dangerous. That was why she left him.

Michael looks torn between making me submit to his will and trying not to frighten me. Eventually, he stops his internal battle, letting his hand drop to his side with a sigh.

“Well, Mr. Jacobson, as we discussed on the phone, Melinda has her final year of schooling to complete. She’s technically in your charge until she turns eighteen in five months.”

I fight the scoff that threatens at the back of my throat. Mum may have left him, but he made zero attempt to find us.

I don’t abandon family. The voice in my head mimics his deep, gravelly voice.

What a load of shit. Where was he when Mum and I had to cut coupons for four years and live off microwave noodles?

Where was he when Mum had her appendix out, and I had to stay with Hilda the cat lady? Where was he last week, when—

“Melinda, honey? I’m going to go now. I have a flight back to Florida. Will you be okay?”

I say nothing but give her one small nod. She squeezes my shoulder gently before moving to check in for her flight back.

She’s going to have some serious jet lag.

“Shall we?” Michael gestures for us to leave, picking up my suitcase. I follow him silently, and he leads me out of the airport. It’s raining when we get outside.

Michael stops in front of a long black stretch limo and opens the door for me. I stare at him, eyes wide for a few moments, and he smirks.

Eventually, he motions for me to get in, and I slide inside across the leather seats. The scent of pine wafts to my nose as Michael slides in next to me.

Opposite, I notice two monstrous-looking men. I cower back into the plush leather seat, wishing myself invisible.

One of them looks like he’s my dad’s age, while the other looks the same age as me. They both have the same build as my father and are wearing similar suits and expressions.

Once we’re all seated, the older of the two taps on the divider separating us from the driver, and the limo lurches forward.

“Melinda, this is my business associate and best friend, Connor Scott, and his son, Colton. This is my daughter, Melinda.”

I suppress a cringe every time I hear my full name. I haven’t heard it in years.

“Call me Colt.” The younger of the two extends his hand toward me with a smile.

I feel my cheeks heat slightly. I’m not really used to attention from the opposite sex. I stare at his hand for a few moments before wrapping my arms around my body.

Colt throws me a curious look before lowering his hand.

“Colton is in the same year as you at school, Melinda. He’ll make sure you fall in with the right crowd,” Connor explains.

That means we’re the same age. Colt looks young, but his size and physique can’t possibly be normal.

“The suitcase—is that all your belongings?” Michael asks, and I nod once. “We might see about getting you some stuff, then. Maybe some new clothes?”

There’s a glimmer of hope in Michael’s eyes, as though he’s trying to bribe me with candy in the form of expensive clothing.

When I don’t answer, Michael actually growls in frustration, and the three men look at each other almost like they’re having some sort of telepathic conversation.

I look out the limo window, curious about where we’re headed. I should be more excited about being in England. I always wanted a chance to travel; Mum did too.

We said we’d go together when I graduated from high school, but I guess that’s not happening now.

“I own a townhouse in the city for business, but we’re heading to my country estate. The drive is maybe two hours. Feel free to sleep if you need to.”

Michael’s manner is businesslike. My mother spoke about him being a businessman. What business I have no idea, but with his intimidating nature, I’m sure he’s good at whatever he does.

Connor and Michael chat about business for most of the trip. About an hour in, the driver makes a pit stop, and we all get out to stretch our legs.

There’s a small gas station, and Colton returns with chips and soda. When we slide back into the limo, I suddenly find myself next to Colton instead of my father.

He offers me a bag of chips, but I shake my head.

“Your loss. Al—uh, Michael said you’re from Florida. Is it nice?”

I sigh. Here come the questions…again.

Colton takes my silence as more of a reason to talk.

“School is on a break at the moment. Starts back in a week. I think you’ll like it. No one will give you a hard time if you stick with me…” Colton rambles on and on.

I find myself staring out the window, trying to focus on something else.

“He likes her.” Connor’s whispered words from the other end of the limo reach my ears.

I’m a little shocked at first, my eyes darting over to the two older men.

I furrow my brow and glance at the talkative mountain next to me. Colton is certainly attractive, and he seems friendly, but he’s not my type. I don’t even know what my type is.

“They’re not fated to be mates.”

“You wait until you see the estate.” Colt taps my leg, his enthusiasm clear. “It’s huge. Big house. Loads of land. Big enough for the whole pa—”

“Colton.” Michael’s tone causes both Colton and me to jump.

Colton’s mouth clamps shut automatically, and he looks down at his lap.

I relish the newfound silence, and for the last thirty minutes of the drive, I let sleep claim me.

I startle awake when I hear something growling. I’m no longer in the limo, but instead, I’m in what appears to be a huge bedroom.

The whole room is the size of the apartment my mum and I lived in back in Florida.

I’m wearing the same clothes I was in this morning, but I find myself in the middle of an incredibly luxurious king-size bed.

I fall back onto the mountain of pillows, jet lag really starting to hit me.

“Nope.” I pick up two voices in the room next door. One of them sounds like Colton.

“Do you think you have a shot with her?”

“Even if she liked me, Michael already shut it down. Dad asked him directly, and he said no.”

“Is he still going on about her being a fated mate?”

Whatever they’re talking about makes no sense, but I continue listening as I let my eyelids droop.

“Apparently, there was a prophecy. Michael thinks she’s the key to the merge.”

“Let’s hope so. He went to a lot of trouble to arrange all this.”