Hope Anderson is a regular girl: she goes to school, parties with her friends...oh, and her dad is one of the richest men in England. But then she catches the eye of Enrique Garcia, a man who’s used to getting what he wants—and keeping it. Before she knows it, Hope is forced into a marriage with this man that she can’t stand, but also can’t resist...and thrust into a dark underworld that has been just out of sight her whole life. 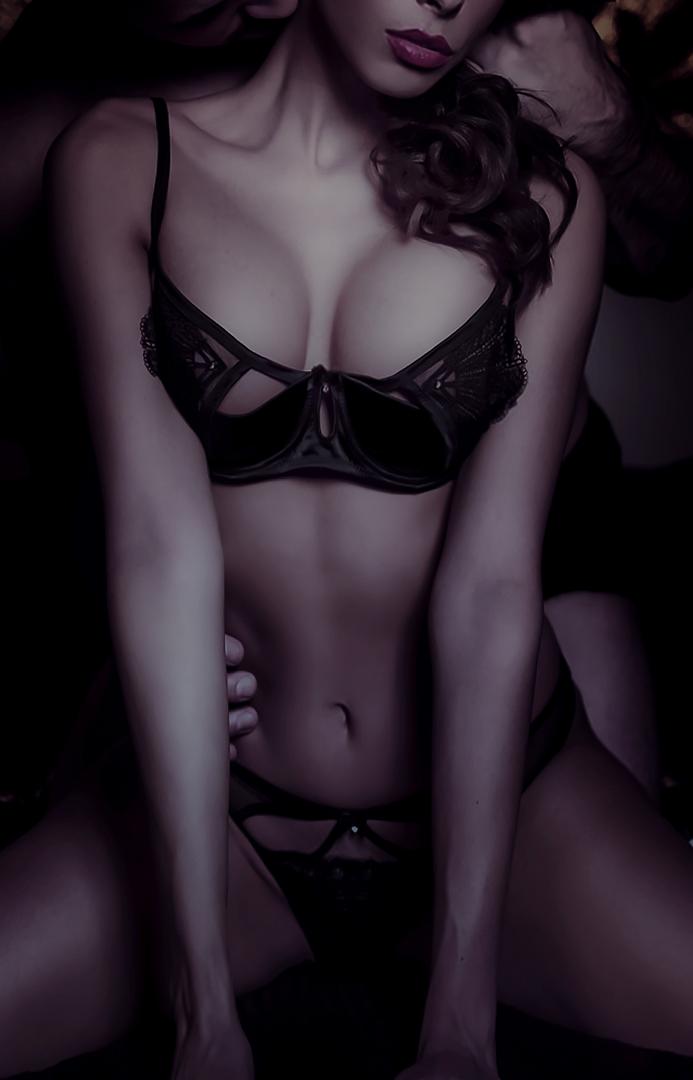 Hope Anderson is a regular girl: she goes to school, parties with her friends...oh, and her dad is one of the richest men in England. But then she catches the eye of Enrique Garcia, a man who’s used to getting what he wants—and keeping it. Before she knows it, Hope is forced into a marriage with this man that she can’t stand, but also can’t resist...and thrust into a dark underworld that has been just out of sight her whole life.

Last year of school started today, and I could not wait to get this hell over with. I quickly crossed out the fourth of September on my calendar before going into my bathroom.

After showering and applying a bit of makeup, I stood in front of the mirror and stared at my body.

I was not ugly. Quite the opposite actually. I was nearly five-foot-eight, which made me taller than most girls at my school. I had an hourglass figure with D-cup breasts.

I had emerald-green eyes, which everyone noticed on my tan skin, and chocolate-brown hair. I knew I was pretty, but I never let anyone use me for my beauty.

When I was finally ready, I grabbed one of my favorite school bags and walked down the stairs. I always hated that I lived on the top floor of our house. I hated stairs.

But it had its benefits. It was definitely worth it as I enjoyed a balcony that looked across acres of grassland and the horses that peacefully grazed on it.

In the night, it was even more beautiful as the moonlight and stars shone, and I enjoyed spending my evenings watching the graceful movements of majestic animals and falling stars.

I snuggled into his shoulder as seeing him home was something that rarely happened. I cherished these kinds of moments.

“Hey, Dad,” I said and finally let go of him. I took in his appearance. He was wearing one of his £3,000 suits from one of the top boutiques. Yep, he was one of the richest people in England.

For some reason, I never became the stereotypical spoiled brat like my twin sister, Katherine. She even had the name of a bitch.

Fortunately for me, we are fraternal twins, so I did not have to worry about looking anything like her. She was shorter with plain brown eyes and brown hair.

She was slim, but she never had curves like mine, so she always hated me. She did everything to get attention, and I didn’t mind at all. She craved the attention, and I was willing to let her have it all.

“Hope, what are you dreaming of?” My dad brought my attention back as he passed me a plate of homemade pastries made by our amazing cook. She was talented as hell.

“Thanks, Dad,” I said as I took a bite from one of the pastries. A low moan escaped my lips. It was the creation of an angel. God, I love food.

“When will you be home again?” I asked my dad when I finished my food and was ready to go to school.

“Not sure, kiddo. Probably in a few days. Katherine should return from your mother’s today. You won’t be alone.” He opened the door for both of us.

He walked out with me and opened the door to my baby, a gold Porsche Cayenne.

He kissed my forehead and whispered a small goodbye before he closed the door. I turned on the engine and sped off.

I sat in my first class waiting for my friends to arrive. As expected, both of them were late. Just as I thought of them, they walked in singing and laughing.

“Hey, birthday girl!” I screamed and jumped out of my seat to engage her in a bear hug.

Sofia was turning eighteen today. She was one of the youngest in our class, but by the way she looks, you could never tell.

She had wavy ginger hair and blue eyes. She was a little shorter than me, and just like me, she had an hourglass figure. She was definitely a heartbreaker with her looks.

She was one of those girls who would make a guy run after her for miles just to get rejected.

Lana was my second best friend. She was a short, stereotypical blond girl with blue eyes. Nonetheless, I loved her dearly.

I have never understood why some people do not like blonds. I loved Lana so much. She was one of the best people.

“How does it feel to be legal?” Lana said, and we all laughed. Soon our math teacher walked in, and the hell started.

Finally, after four lessons of boringness, my friends and I were sitting in the cafeteria discussing plans for this Friday. We only had two days to plan and get permission from our parents as our school always started in the middle of the week.

“So, which club are we going to?” Sofia asked us.

“It’s your birthday, you decide,” I answered, even though I was already thinking of two or three cool clubs.

“Guys, let’s go to Electric Brixton!” Lana said a bit too loud, and a few people turned around.

“Nah, that is not good enough for my eighteenth,” Sofia replied. I agreed with her. We could do so much better.

“What about Heaven?” Lana suggested, another good but not good enough club. I would go there any night but Sofia’s birthday. She deserved more.

“I give up,” Sofia sighed after we vetoed dozens of clubs. I had only one thing in mind. I quickly took my phone out and found Nick, my brother, in my contacts.

HopeHey, do you know any good clubs that I still don’t know about?

While waiting for a reply, I got on with my food. After munching a big plate of chicken and pasta, my stomach growled in approval.

Nick finally replied. He was studying in LSE for his master’s. He was the oldest out of us three, and soon he would be twenty-five.

I made sure that he understood that it was essential for us to go to the best club so she would have the best party. He replied a minute or so later.

“Who the fuck names their club Greed?” I accidentally said my thoughts out loud, and both of my friends turned around with confused faces.

“Sorry,” I quickly said, and they returned to their lunch. I quickly typed back.

I decided to trust him. He was known for getting into trouble due to overconsumption.

And he was popular, more like a celebrity in England because of his looks and being next in line for our dad’s business. So he knew what the best was.

“Guys, the club is sorted. I have to go before I am late. I have a lesson with Willow today,” I said to the girls while hugging them. Willow was my thoroughbred that I rescued two years ago when I was seventeen.

She was just like me—sweet looking but can fucking bite hard.

Most people had lessons today, but because of my choice of subjects, I had a double period free. I loved my schedule.

As I was walking toward my car, I had the misfortune of meeting with the bitch squad. And the leader of it was, of course, my dear sister.

As you can see, we didn’t have such a good relationship.

“Hope, my dear sis,” she said with a fake smile.

She tried to look nice in front of everyone, but for some obvious reasons, everyone knew that she was a bitch. She was a shit actress.

“Katherine,” I acknowledged her, trying to get her out of my way.

“Don’t be so rude, little sis. I just wanted to say that I want to take you shopping. Your clothes look like they’re from the trash.” She fiddled with the hem of my sweater.

To be honest, I could not agree more, but I liked it that way.

“No, thank you. I don’t want to look like you, Katherine,” I answered before turning around and walking up the stairs to avoid her. I heard her minions laugh, but it was their choice to be stupid.

When I arrived home, I quickly changed into my riding attire, which was just dark blue breeches and a T-shirt.

It was September, so I decided not to risk it and put a matching skintight sweater on as well.

I made my way to the stables where my instructor, Olivia, was waiting for me. She was a nice woman in her thirties who had trained many Olympic show jumpers and their horses.

I made my way to Willow’s stable where my dad had written with big red letters, “DO NOT TOUCH. HER BITES HURT LIKE HELL!!!” It was stupid but funny and kind of true.

She had never actually bitten me, so I wouldn’t know. But my dad had been bitten quite a few times.

“Hi, girlie. Let’s go for a ride,” I said to her as I clipped on her halter and took her out to a grooming area.

After tacking her up, I put my boots and helmet on and brought her outside to the arena.

I was currently sitting in our swimming pool with a glass of whiskey after hours of work at the stables. Do not get me wrong—I don’t mind it, but I do enjoy relaxing after.

It was already past dinnertime, but I was not hungry, so I just decided to get a drink.

After I got out of the pool and took a shower, I went into my garden area, which was specifically made just for my dogs.

Murphy, a two-year-old Siberian husky, came running first. He was probably the biggest out of his litter. He was definitely a big softy.

Milo and Angel were right behind him. Milo was a year-old German shepherd. He was still growing, but already quite big.

Angel was the only girl. She was a two-year-old Czechoslovakian wolfdog and was very pretty. I had rescued her along with Willow. They had definitely had a tough life, but now they were full of love.

They were all jumping up and down, waiting for me to let them go inside the house. My dad did not allow them inside, but when I was home alone, I would always sleep with them.

Katherine sent me a quick text saying that she would not be home as she was sleeping over at her friend’s house.

I knew she was lying. I had seen her sneak off with a guy a few times. I knew they were dating, but I just didn’t know who he was yet.

I made my way up the stairs and into my room. My puppies ran after me, and as soon as my head touched my king-size bed, they all jumped up and curled around me. Soon, I fell asleep.