Welcome to the Montana mountains. In this two-part series, FBI Agent Walker Langley and his sister, US Marshal Avery Langley, each face danger and find unexpected love. 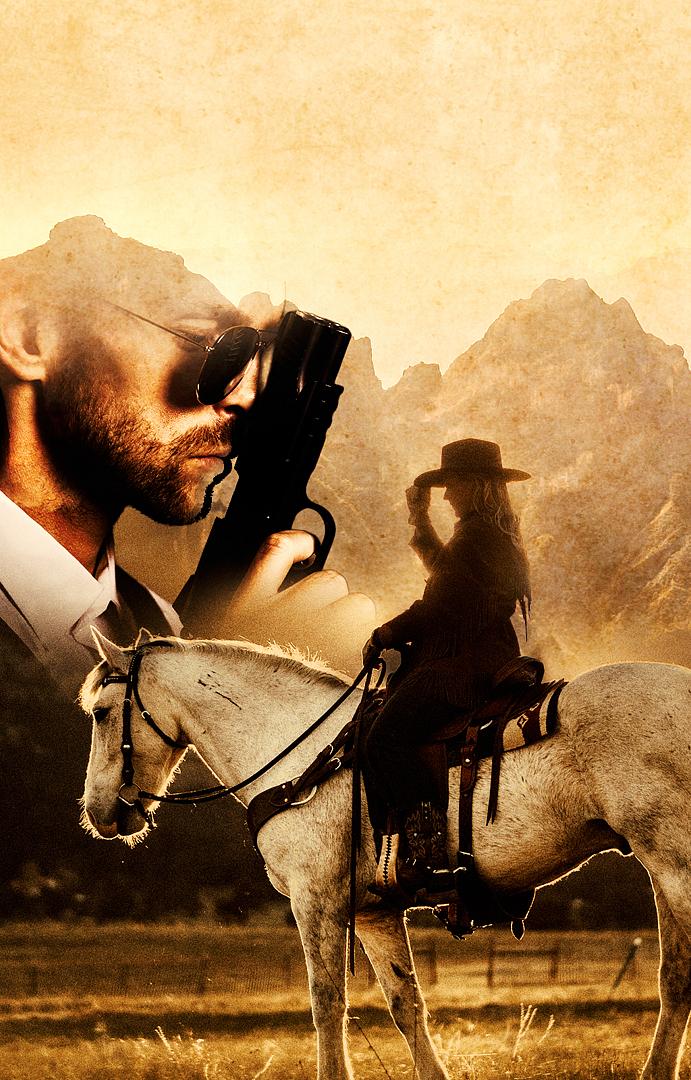 Welcome to the Montana mountains. In this two-part series, FBI Agent Walker Langley and his sister, US Marshal Avery Langley, each face danger and find unexpected love.

Walker Langley growled and slammed his fist against the warehouse’s brick wall. He barely even noticed the pain shooting through his knuckles.

The FBI agent started pacing, looking a bit frazzled around the edges.

His black hair was mussed, and his tie was hanging lopsided. His normally caring hazel eyes had dark circles underneath them, and his face was pale.

He’d been up for forty-eight hours straight, and it didn’t look like sleep was in his near future either. The hostage negotiation had lasted for hours and had ended badly.

Walker watched as the medical examiner and his assistant wheeled the gurneys toward the awaiting ambulances. The murderer was dead, taken down by a sniper’s rifle.

The damage had already been done, though. The victim wasn’t expected to survive the night. He was only a teenager.

Walker ran a frustrated hand through his hair. This type of injustice never seemed to get any easier to deal with.

Even after ten years of being in law enforcement, he still found himself getting sick.

He watched his team secure the scene and snap pictures. In a little over an hour, this section of town would be busy with commuters. Not to mention the media would be there soon.

There was no way to keep this one quiet for long. The kid had been a senator’s son.

“Dang it! Why didn’t I move in sooner?” he mumbled. He should have known not to wait.

“Because you were doing your job, Agent Langley. You were trying to come to a peaceful solution,” a soft voice behind him said, and he felt a touch on his shoulder.

Walker tensed up and spun around, his hand instinctively reaching for his gun. “Oh, Special Agent Tyler. What are you doing here?” It wasn’t often that his superior came out to the field.

She narrowed her gray eyes, a slight smile on her face. “I came to take your place. From now until further notice, you’re on vacation. All the details and tickets have been left at your place. Now go.”

He stared at the dark-haired woman in shock. “Vacation? But ma’am, the case…”

Miranda Tyler snapped her manicured nails against her navy-colored suit. “Agent Langley,” she said sternly. “Are you questioning my direct orders?”

Miranda nodded before turning to check in with Walker’s team.

Walker sighed and walked back to his car. Forced vacation. But why?

He knew he’d messed up with this case, but he thought Miranda understood that. She’d even said he’d just been doing his job. Yet she’d just taken him out of action by making him take a vacation.

Walker slipped through the growing crowd. He groaned when he caught sight of the Channel 15 news van. He flipped the collar up on his trench coat, hoping to avoid the reporters.

There was one blonde reporter he’d rather avoid if at all possible. If she wasn’t flirting with him, then she was doing her best to figure out where Walker and his team messed up.

Well, she’d have a field day with this one.

“Agent Langley! Just the man I was looking for,” the lithe blonde said, her hips swaying with each step.

She was dressed in a mahogany skirt and jacket that hugged her curves perfectly. A pair of black heels completed her elegant yet professional look. No wonder Channel 15 did so well.

Walker, on the other hand, wasn’t fooled. Callie Nelson had claws, and she wasn’t afraid to use them. Especially if she wanted to get her way. Walker wasn’t about to get in her talons again.

“I’ve got nothing to say, Miss Nelson,” he said, walking past her.

Callie pouted a bit. “Ah, Walker, don’t act like that,” she said, wrapping her long fingers around his biceps. “Just one eensy-weensy little interview.”

The FBI agent pulled his jacket from Callie’s grip. “I have nothing to say, Miss Nelson. You’ll just have to wait for a press conference like everyone else.”

She narrowed her bright-blue eyes. “We would make such a good team, Walker. Think about the possibilities.”

Walker just kept walking. Callie was a sly one, and he was in no mood to untangle her web of words.

He heard her angry words hurled at his back as he slid into the brown Impala. He started the car and carefully maneuvered around the growing number of cars.

He’d stop off long enough to pick up his Camaro before heading home to see just what punishment Miranda had given him.

He finally managed to get back to his apartment building nearly a half hour after leaving work.

The commuter traffic had been heavy enough, and then the media coverage of the standoff and shooting had made it almost impossible to get through.

Walker parked in his spot in the parking garage and leaned his head against the steering wheel. He’d been in this job too long and had seen too many deaths and injustices.

Walker slid out of the white Camaro with racing stripes and locked the doors. He pocketed the keys and headed inside, looking like a whipped puppy.

He decided to take the three flights of stairs up to his apartment instead of the elevator, as he needed some time to think before he got the news about where he’d be going on vacation.

A vacation he didn’t want.

All he’d ever wanted was to be a cop, and now he felt like he was being pushed out. Surely at thirty-five he wasn’t washed up already.

He shook his head a little, trying to clear the suspicions and questions out of his mind as he unlocked his apartment door.

He glanced around, making sure everything was still in place. Being caught off guard and nearly killed one time was once too many. He wouldn’t make that rookie mistake again.

Everything but the white envelope sitting on his coffee table seemed to be in order. He walked over and picked it up, surprised by the weight of it.

“So, this holds my fate,” he mumbled, unclasping the envelope. He dumped the contents out onto his coffee table so he wouldn’t lose anything.

Two tickets slid out onto the table, along with a prepaid phone and some cash that he didn’t count yet. He frowned as he picked up the folded piece of paper that had landed on the tickets.

“What?!” he nearly shouted as he read through the letter. “You’ve got to be kidding me.”