Milly is just a normal human girl living an ordinary life...until she bumps into Ryder, her high school bully from years ago. Except Ryder is no longer a bully, and he's harboring a secret: He's a werewolf, and Milly is his destined mate. Will she be strong enough to leave her old life behind and navigate this new world of supernaturals and alpha wars? Or will old grudges stand in the way? 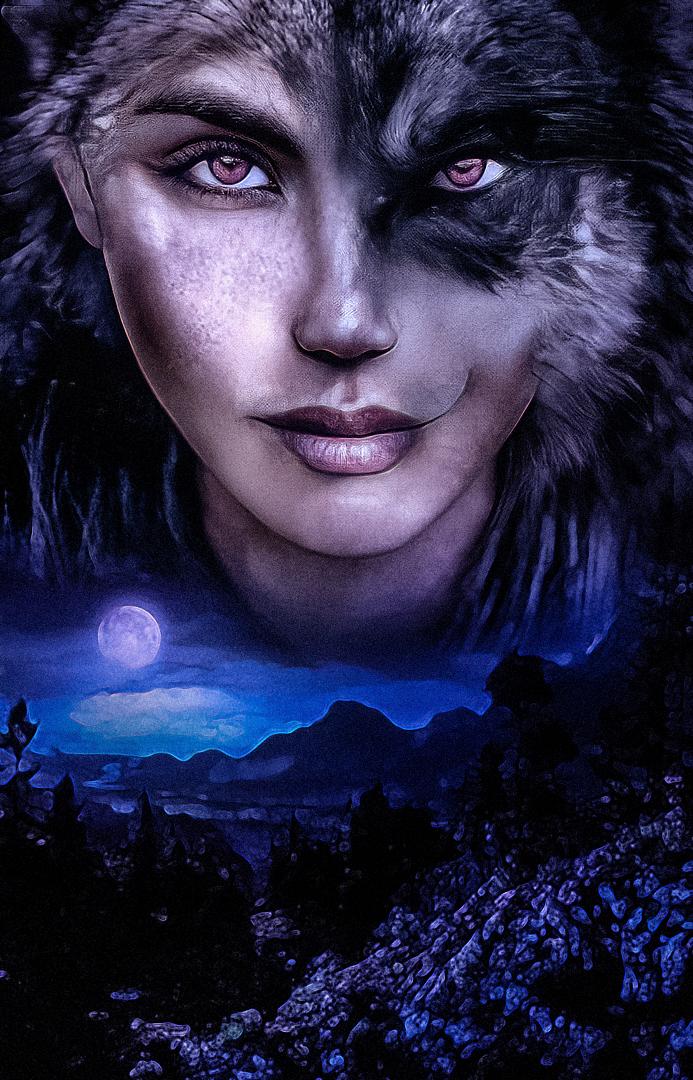 Milly is just a normal human girl living an ordinary life...until she bumps into Ryder, her high school bully from years ago. Except Ryder is no longer a bully, and he's harboring a secret: He's a werewolf, and Milly is his destined mate. Will she be strong enough to leave her old life behind and navigate this new world of supernaturals and alpha wars? Or will old grudges stand in the way?

I moved in and out of all the rooms the house had. People were dancing around if not drunk or getting laid.

Except, I wasn’t doing any of the three. I was looking for my sister—who was no doubt drunk and making out with a stranger.

I’d gotten a text from Dad, telling us we had ten minutes to be home or he’d come and drag us from this stupid party.

I didn’t want to come. No, but my sister, Natalie, did. And she begged me to drive her to this and then back home after.

It was ten p.m. now and I think we’re both going to be dead when we get home.

“Excuse me!” I shouted, pushing through the crowd as I heard my drunk sister laughing. I caught a glimpse of her dark hair before I found her.

A boy held her, her legs around his waist as they made out passionately in front of a laughing and cheering group.

I cringed, watching their mouths attack each other before I watched his hand grab her ass.

I coughed, tapped her arm a little. She moaned and waved me off.

“Bye, Milly,” she replied against the boy’s lips. I rolled my eyes and looked away.

“Okay, get home yourself.”

“No! Okay,” she said. “Let go, baby,” I heard before her boots hit the ground and she moved her arms around my neck. I choked as she laughed. “See you at school!”

“See ya, Nat!” I heard a girl yell as she came over and hugged my sister bye. I pulled away from my little sister’s arms and started through the crowd without her.

Again that pit grew more. The feeling of loneliness. The realization that I don’t have friends. No relationships or connections.

My sister’s my best friend basically and we still hate each other at times. She’s the only person I have though.

Dad too but he’s just my dad. He says he loves me at bedtime. He talks when a conversation comes up but other than that, we’re just awkward and not so close. Unlike him and Natalie.

“Milly! Wait!” I heard my sister yell as she was laughing and dragging along another girl, who was laughing too.

I stopped and paused before I looked back. I rolled my eyes though as Natalie just tripped and fell to the ground with her friend, both of them in fits of laughter as others around gave a chuckle too.

“Want me to call dad to pick you up?!” I called as I started again.

“No!” she laughed out. “Just wait, Milly!” she yelled and I got into my truck—dark gray ford ranger—and closed the door behind me. I put the keys in the ignition and started my baby up.

I looked in front as Natalie slammed a hand to the hood for balance before she wobbled into the passenger seat. I shook my head softly, watching her close the door softly before she put on her seatbelt.

Going for the belt now, are we?

The whole way here, I was yelling at her to put the stupid thing on. She just yelled back that I was a good driver and she wouldn’t die tonight.

I’d rolled my eyes and said, “it’s not me that’s bad. It’s everyone else on the road. Can’t trust anyone.”

And my proof was a few kids who got run over by a drunk idiot a few weeks ago.

Natalie gave me a blank look then and asked me, “what?”

So, I left it with that.

Once she finally got the belt in the buckle, she leaned back in the seat and looked at me innocently, her dark eyes matching mine as her dark hair matched mine too.

But when she was tanned, I was pale. Only my arms and legs were a little toned.

“Are you good to go?” I asked and she nodded. “Good because you took your precious time,” I muttered as I started down the road.

When I slowed and turned into the small parking lot full of motorbikes, my lights lit up the big wooden tavern we call home.

I parked at the side and turned off the engine as I watched Dad come out of the side door with a bottle of beer and a cigarette.

I sighed a little and got out before Natalie.

“Want to explain to me why you ever thought about going to a party on a Sunday night?” he asked, and I closed the car door.

I looked at Natalie as she got out of the truck, only to fall to the ground and start heaving up everything she’d consumed today and tonight.

I bit the inside of my cheek and looked towards Dad as he moved his smoke in between his lips, shaking his head in disbelief.

“Nat, you’re grounded for two weeks,” he said, and then looked at me. “You’re off. But bedtime. Both of you.” He moved to Natalie. He closed her door and I locked my car up as he helped up my sister.

I moved towards the door and walked in to hear the soft background heavy metal before the laughter of all the bikers in my father’s club.

I moved through the back and into the pub and found bikers everywhere. In the club and out. Strangers. Locals. Everyone.

Dad owned the only tavern around here basically. Unless you wanted to drive an hour more to Forks, the closest town to where we live, in the middle of nowhere.

I moved downstairs and into the narrow hallway. I moved to the end, passed the lounge and girls’ toilets before I reached my room, slightly hearing Dad follow with Natalie to her room.

“Night,” I told him and waited for a reply but he must have not heard me.

I closed my door quietly and then turned to my small room that only fit my double bed and cupboard of clothes. I flicked off the light and darkness consumed me just as the cold did.

I sighed as I kicked off my shoes, pulled off my shocks and took off my jacket, shirt and jeans. I put on my bed hoodie before I climbed into my bed of a hundred blankets to warm up.