Running from an abusive ex lands Opal quite literally in the arms of mysterious boxing champion, Warrior. But though Warrior’s seductive grip is enough to sweep Opal fast off her feet and into a whirlwind romance, she’s about to learn it’s hard to escape a dangerous past. In the competitive world of boxing, there are opponents on every corner of the ring...and playing for keeps sometimes means playing dirty. 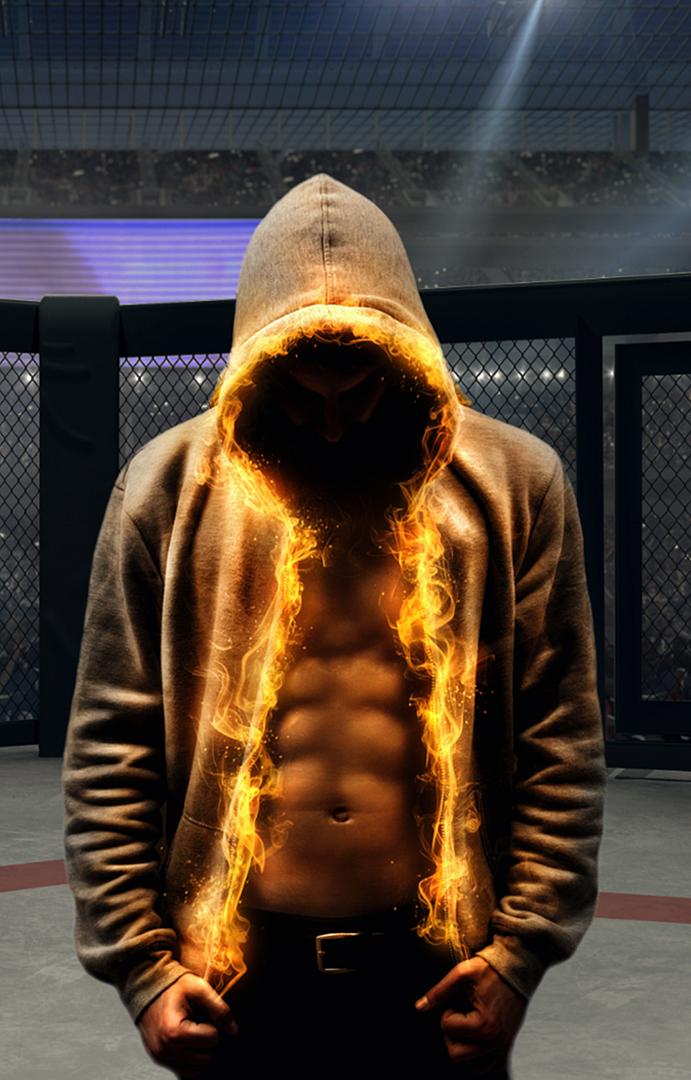 Running from an abusive ex lands Opal quite literally in the arms of mysterious boxing champion, Warrior. But though Warrior’s seductive grip is enough to sweep Opal fast off her feet and into a whirlwind romance, she’s about to learn it’s hard to escape a dangerous past. In the competitive world of boxing, there are opponents on every corner of the ring...and playing for keeps sometimes means playing dirty.

The rain was thrashing down, and the light blouse she wore showed her white bra as the rain soaked her.

The pencil skirt clung to her thighs as she dashed along the sidewalk.

There had never been rain this heavy before. It was as if rivers were running down the streets.

The light ballet pumps she was wearing didn’t matter anymore, and the tears that were streaming down her face couldn’t be seen by anyone.

He had held her for the last six months locked in a room, not letting her go out. Every time he was home, he let her out, but only after he had made sure all the windows and doors were locked.

Her legs were tired and her lungs sore, but she kept running. She knew he wouldn’t be far behind her, especially if she stopped.

Finally reaching a place where a door was slightly ajar, she pushed through it without even checking what the place was. I mean, nothing could be any worse than what she had escaped.

Totally out of breath, she sank down against the back of the door.

Her head dropped between her knees, which she brought up, hugging them, crying.

She heard splashing as footsteps ran past, holding her breath and trying to listen to see if they kept on going.

She can’t tell with the noise of the rain beating down outside the door.

She silently prayed to herself. She had carefully planned the escape, gained Gareth’s trust before she ran off.

Unfortunately for her, it didn’t take him long to realize she had escaped out of her room’s window.

You see, every time it came for her to be locked back up in her room, Gareth would make her strip naked, and he would check her and the clothes she had on before he allowed her back in.

She hated him touching her, but she had risked it for her escape.

She had been on her period the only time she got a bit more privacy recently.

In the house, she cooked the meals in the kitchen under his watch.

He had begun to relax when she was out of her room as she hadn’t given him any reason not to trust her enough to go to the toilet herself.

Yes, it does sound pretty horrible, but that was the way he was.

When she went to change herself, the tampon she inserted held her secret to getting her out.

A little bit of a risk for her, but he was less thorough with the searching during her period.

She had found a small hair pin. She didn’t know who it was, maybe a cleaner, but she slipped it into the center of the tampon before she inserted it.

She didn’t know if it would work, but it was a ray of hope for her.

Acting as normal as she could, she continued the last five minutes of her time before she was led up the stairs and instructed to strip as normal.

Noticing that she was on, he didn’t touch there and let her go back into her room before he locked the door on her.

Hearing his footsteps walk away, she waited five minutes before going to the small bathroom she had attached to her room and removed the pin from the tampon, replacing it with a new one.

Keeping the pin hidden, she tried every time she was locked in the room to pick the window lock.

It was the morning the rain was coming down heavily that the lock clicked open and she found herself free. Well, almost.

She smiled to herself as the fresh air came in through the window with the freshness of the rain. She hadn’t felt the rain on her skin since before she met Gareth and he trapped her in his house.

He was the perfect gentleman when she met him, to the point she wondered what was wrong with him. Three months into the relationship he coaxed her to come live with him.

When she agreed, he was over the moon and made her so happy.

It all changed within a week of her being there.

Now, for her escape, she put the simplest shoes on as she knew she would be running. She didn’t know where to, and with no money or anything, she didn’t know how far she would get.

She feared what would happen if he found her. Would she be chained up inside under lock and key with no future chance of escape?

Gareth only ever allowed her to have a simple white blouse and pencil skirts; he couldn’t stand her looking any other way. She had to wear them from when she woke till when she went to bed.

She sat crying silently behind the door she had slipped behind, praying that he wouldn’t find her.

She had shut the door when she came in. She now realised she didn’t know where she was. Looking up and around the place, there was a large passageway leading to the next door.

Now she wondered if she should get up and see what was behind the door.

She wipes her face and stands up on shaky legs. Still sore from her running, she rests against the cool wall as she felt dizzy when she stood up.

As she makes her way down the corridor and to the next door, she rests her hand on the handle, just about to go through . . .

When the front door she came through opened, and there he stood, rain dripping down off his soaked hair and clothes.

Her heartbeat raised up about a hundred times a minute as she fumbled with the door handle, panic setting in over her body as he started walking toward her.

“You’re coming back home, darling. You know you have been a very naughty girl. I hope you look forward to the punishment I have set out for you.”

He made a move to grab her, and all she could do was scream.