Not all about You

From a young age, Maya Hamilton was a wild party girl who loved nothing more than letting loose and doing whatever she wanted. Jace Parker was an irresponsible frat boy who had a thing for party animals; they were perfect for each other—until out of the blue he dumped her by text. Now, two years later, they meet again as student and teacher, and Maya is hiding a life-altering secret from Jace! 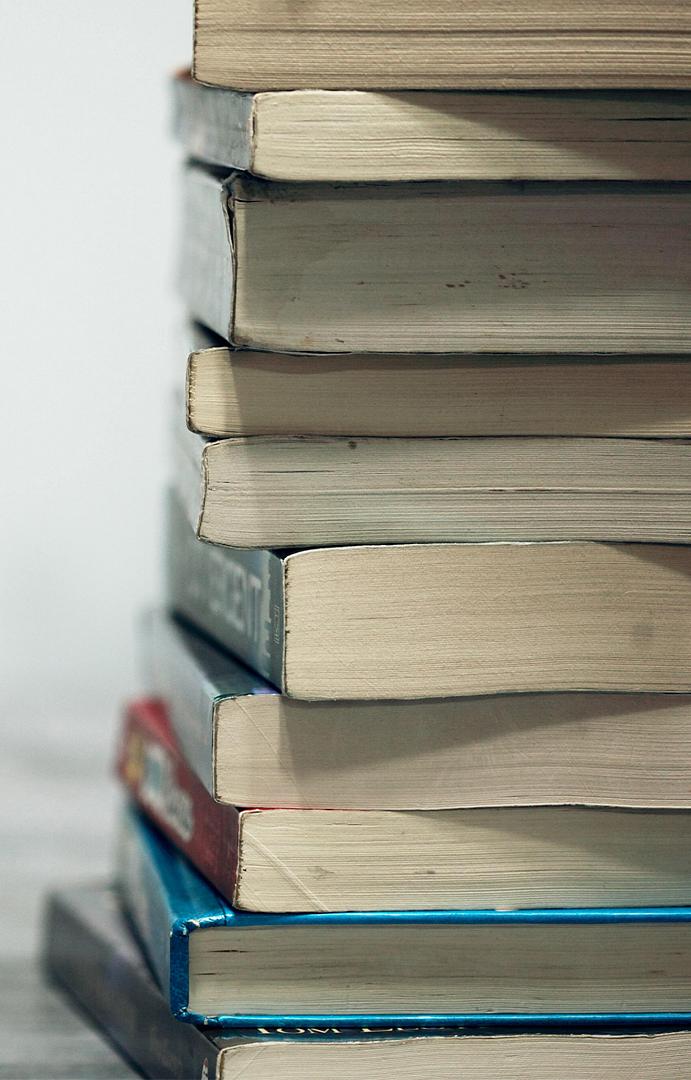 Not all about You

From a young age, Maya Hamilton was a wild party girl who loved nothing more than letting loose and doing whatever she wanted. Jace Parker was an irresponsible frat boy who had a thing for party animals; they were perfect for each other—until out of the blue he dumped her by text. Now, two years later, they meet again as student and teacher, and Maya is hiding a life-altering secret from Jace!

“Liz, I have a job, okay. I really don’t need your charity,” I whine down the phone as normal on a Monday morning. Come to think of it, normal on a Monday, Tuesday, Wednesday, and basically every other morning.

Not to be mistaken with someone who is ungrateful for the help my cousin offers, she can tend to get overbearing at times.

I’d rather accept her time than her money, not that she has more than the average woman in her mid-twenties anyway. “I gotta go.”

“Bye,” I interrupt before hanging up and sighing in relief as I slip my phone into my school bag.

My elderly neighbor’s head pops out from the kitchen, splatters of food smeared over her shirt and a bright smile illuminating her face.

She nods quickly before ducking back into the kitchen upon hearing small noises.

I chuckle a little before slinging my bag on my shoulder and skipping out the door.

Rushing down the stairs of the complex, I snatch my mail out of my box, stuff it into my bag, and dash out to get to school on time.

As a college student aiming to keep my scholarship, my attendance and focus in classes have to be the best I can make it. Which is a challenge in itself.

And the fact I have no mode of transport, and a limited cash supply, means I must leave my apartment early enough to walk. Most of the time, brisk walking turns to jogging or even a run.

By the time I arrive at the depressing school doors, I’m greeted with the tense air of angst and jock confidence.

As the stereotypes go, the football stars of the school huddle together, sharing pictures, tossing a ball about, and chatting up girls right at their lockers.

Sounds of giggles and loud male voices overpowering the quiet thoughts of the forgotten and loners. Me, of course, being one of them.

I don’t have time for a personal life, outside of my work and my responsibilities and education. Thus, my friends are close to none. Or, none is more accurate.

There are guys who like to bother me who sit near me in my classes. I’m someone who doesn’t belong to a particular group.

To maintain my 4.0 GPA, I spend my lunches doing homework plus extra work outside on a table of my own. And a few people pester me a little.

Having had very little social contact at this college I’ve been attending for a year, some are a little curious about the loner girl. But I have other things on my mind.

And my education is extremely important to me.

As I head into my first class, History, taking one of the many empty desks by the windows opening out onto a dreary day, I unpack my stationery and begin to stick my nose into my history textbook.

“Ahem!” A cough comes from in front of me. I lower the book to peer over it and glimpse at a few of the guys who like to harass me about my life and find out anything.

With the amount they know about me, they believe there’s mystery surrounding me, and gossip that students eat up at this school. And, well, they’re not that wrong.

“Hello,” I greet before casually resuming my reading, hoping for them just to disappear like ghosts, or for me to disappear for the time being and no longer have to deal with any social contact.

If only I could just attend college without anyone else but the professors. I believe I would learn much faster, too.

Of course, there is always online school, but I like real libraries and interactive learning. Before the guy can speak, the professor waltzes into the class, closing the door loudly in order to gain the attention of the class, and proceeds to draw on the blackboard with confidence and dominance.

Although I can only see his back, his broad back, I can already tell he’s young, probably straight out of college or almost that. His hair is a sandy blonde color, very similar to a guy I knew, once.

A guy from a long time ago, or what feels like it. It’s been almost two years. And even though I try to move on, my memories of him still remain. How can they not?

He was my first love and changed my life in a massive way. An astronomical way.

I take in a breath as my eyes catch sight of his face: the guy I once loved, still love, standing at the front of the class, my new professor.

Light stubble covers his jaw and his light blue eyes flicker across the faces of his new, perhaps first, students. Until they catch mine. And his entire body freezes.

And everything around us feels as though it stops.

And his eyes fill with emotions I can’t understand anymore.

His eyes flash with the look he used to give me before, when he told me he loved me. We’d only been dating for four months total, but everything felt so important and heightened back then.

Those four months, when I was eighteen, seemed like the most significant thing to ever happen. And maybe it was, considering the consequences I’m living with now. Not that I can regret it.

I watch him force his eyes away so as not to draw attention to the familiarity between us.

Regaining the poised and assertive composure he held when he walked through the door, he coughs a little and begins the lesson.

Listening to his voice again is almost like soothing music to my ears, if I didn’t remember what he had done, and what a jerk he is. He broke up with me by text.

And then proceeded to ignore all my calls after.

I was naive back then, despite it not being too long ago; it feels like another life.

His eyes constantly flicker to me, which I notice out of the corner of my eyes as I avoid his.

I attempt to concentrate, but it’s incredibly difficult to focus on a lesson when my ex-boyfriend is the professor.

Jace. Jason Parker. A frat boy when we met. Now he’s my professor, in an ironed shirt and jeans to keep the outfit his style. His very attractive style that I’m not thinking about, or trying not to.

He’s undeniably, as much as I want to deny it, hot, and still affects me like he did before.

Before I was barely a senior in high school and he was a—what I thought—mature college guy, he showed interest in me that I absorbed like it was a drug.

And he loved that I adored him. I was immature, and he was too. But it was as if he were god, this impossible guy to be with that I had.

And when he told me he loved me, it was as if they were the most sacred words of all.

When we broke up, and I could finally see our relationship for what it was, I realized he wasn’t this heavenly creature. He was more comparable to the devil in all honesty, but he wasn’t that either.

He was just a guy, is just a guy. Our relationship was still good though, at least I thought it was. It was……intense. I’d spend all my time with him or thinking about him.

As I’ve realized I’ve been daydreaming the entire lesson, I continue to read my notes and catch up with what Jace, I mean Mr. Parker, has been saying. Once the class ends, his eyes are on me again.

I decide that I should have a conversation with Mr. Parker about boundaries and getting our business out in the open between us, and about changing classes.

After everyone has filed out, he carefully shuts the door and notices I’m leaning against his desk with my arms hugging my books to my chest. And my chest becomes exactly where his eyes look to.

He takes a seat at his desk so I’m looking down to him and he attempts to touch my hand, but I snatch it away from him defensively.

This guy, this man, my ex-boyfriend. He left almost two years ago with one cowardly text.

He thought I was calling to give him an earful, to try and persuade him not to dump me or something resembling desperate. But I had something to tell him.

Something I had found out the day before that I was trying to get my head around.

The fact that I was pregnant with his child, his daughter.

And now he stands in front of me, my baby daddy.