One in a Million Love

After her failed marriage and lackluster job wears her down, Alison Barnes decides she needs a change in her life. Desperately. So when her BFF offers her the chance to move to London and work on a movie set, she jumps at the chance. Little does she know that this decision will change her life forever… who said miracles don’t happen anymore? 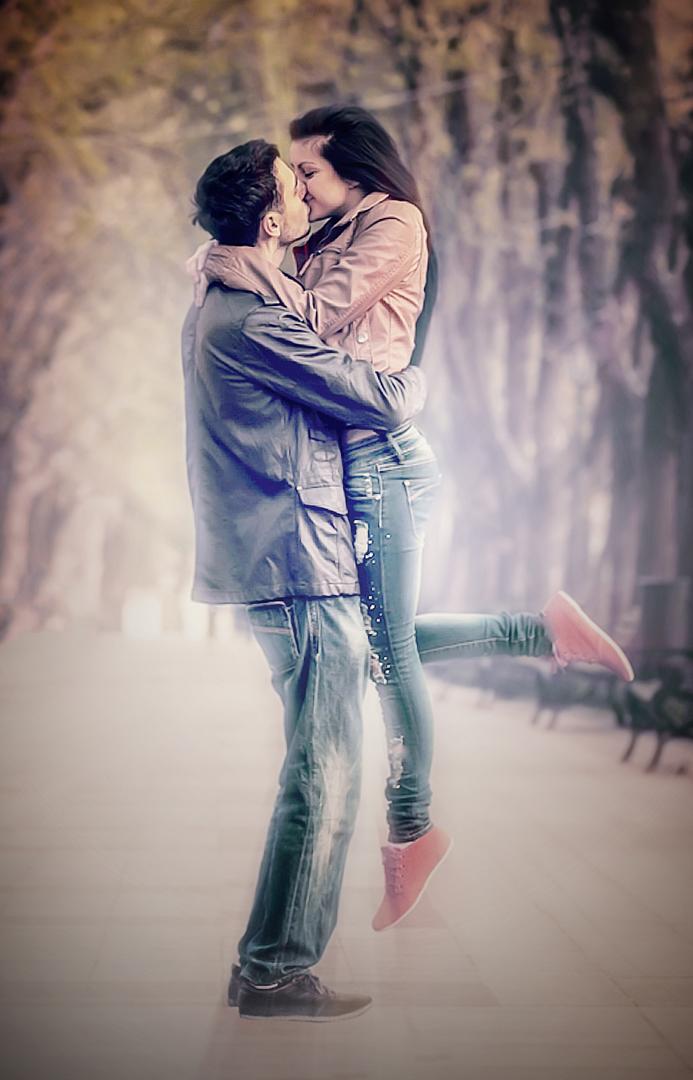 One in a Million Love

After her failed marriage and lackluster job wears her down, Alison Barnes decides she needs a change in her life. Desperately. So when her BFF offers her the chance to move to London and work on a movie set, she jumps at the chance. Little does she know that this decision will change her life forever… who said miracles don’t happen anymore?

She looked at the line in front of her and wondered how long it would take to actually get through security. She checked one last time that she had her laptop bag, her carry-on bag and coat. She was a worrier when she flew, she got that from her mom.

She smiled as she thought of one of the last trips they took, just the two of them. Her mother was so worried about her daughter forgetting something on the trip that she herself forgot her coat in the cab ride over. They giggled over that the whole weekend.

She smiled at that memory as her cell phone vibrated and that brought her back to the present. She dug it out and saw that she had a text message. She opened it.

Lilajust remember that you are brilliant and you got this! They are lucky to have you and you are going to wow them all! We love you! Have fun and be careful!

She read that and smiled. How did Lila know just when she needed things like this? The words of encouragement, the little gifts, the funny jokes and videos—all of those little things?

Because she is my best friend and we are closer than sisters, she thought. She knows me better than I know myself it seemed. She responded to the text.

AlisonThanks! Don’t know what I would do without you! I will call when I land. Love you too!

She put her phone away and saw that it was her turn to go through security. She gave her tickets and her passport to the agent who looked over everything, gave her a stamp and sent her on her way. She got through the security procedures and was on her way to the gate.

She decided to indulge and stopped at one of the little gift shops to buy some chocolate covered peanuts, a weakness of hers, and then stopped for a juice and a sandwich while she waited for the plane to start boarding.

She sat in the café and pulled out her laptop and started on her work.

She stopped typing after a few minutes and thought about how she had gotten to this point and the crazy journey it had been. Here she is, Alison Barnes, almost 36 years old, getting ready to follow a little known dream she had to write.

She was a preschool director and had been for 14 years and dabbled in creative writing now and again, but nothing serious. Until one day a few months ago, her other best friend, who she and Lila met in college, called and offered her a chance.

Alison was still reeling from her divorce and needed a distraction from her now ex-husband and his new younger girlfriend.

Alison and Lila had become best friends with Caroline the first week of college. They took many classes together over the years and they even got an off campus apartment together the last three years before they graduated.

Caroline got a job with a movie production company, with offices in LA and London. She loved it and worked on really great projects while she rose through the ranks. She was now a big shot in the London offices and dabbled in many different areas.

Alison wasn’t shocked when Caroline called her that day five months ago, just shocked by the conversation that occurred.

“Red! How are you?” Caroline yelled into the phone. Alison loved being a redhead and Caroline called her that affectionately.

“Hi CoCo! I’m holding up. How is life in London? How are Jeff and the kids?” They talked through the pleasantries and how Ali was holding up after her divorce with Dave 18 months before. CoCo promised to punch him the next time she was in town, while Ali laughed.

“With what? Your children are older than I normally teach, dear.”

“Not teaching! I am going to express mail you a screenplay and the terrible writing that it has and I want you to rewrite it for me. I need it done right and you are now my last hope.”

Ali was speechless and just didn’t know what to think listening to her friend talk. She went into greater detail about what it was and what she wanted.

“What do you say, Red? You can write, maybe travel, and find something to give you a different type of spark. I know you are lacking one right now, Sweetie. Be the fabulous redhead that you are meant to be! Let it all hang out! What have you got to lose?” Caroline pleaded.

Alison thought about it and thought, why not? She agreed and Caroline was thrilled! She would have the script overnighted and to see what she could come up with.

Alison called Lila, told her what she had just done and they went out for ice cream to celebrate with Lila’s kids. Alison was the godmother to Lila’s three children and Coco’s two and she loved them all dearly.

Fate had been cruel to Alison in that way. Not only were Alison’s parents taken from her at 17, but the same car accident that took them, left her injured badly enough that having children was a one in a million chance.

The girl who loved children and wanted four, would almost certainly never be able to have any of her own. Adoption was really the only chance she had for any and Dave never wanted to follow through with the process. He always had an excuse as to why it wasn’t the right time.

So here she was almost 36, a marriage that ended after 12 years and still no children, just the children in her program and her friends’ kids to love.

And love them she did. She had a special way with children and that made it all the more heartbreaking for Alison’s friends to see her without any of her own.

The children in the preschool loved her and the program was regarded as one of the best in the area because she was so well liked. It had started out as a small preschool in a private elementary and middle school.

The little ones filtered into kindergarten and the families stayed for years. It grew and grew and soon she had an extensive waitlist to get into the school and people sent her their applications to work there, on the off chance that she was hiring.

She was so proud of what she had created and how it had grown.

True to her word, CoCo sent the script overnight and she read it and saw the potential in what she read. She had a million ideas flowing in her head and she went and wrote down her ideas to make some sense of everything.

She came up with lists and possible outcomes and picked one she liked, and with the guidance CoCo had given, just went for it. She couldn’t stop the words and rewrote the whole storyline in two weeks. She had to admit that when she finished she felt alive and exhilarated!

She edited it and the following week, mailed it back to her dear friend, thinking that she was proud of herself for doing something new and whatever happened, happened. A week later, a phone call at 4:45am woke her up.

“ALISON BARNES!!! Why have you been hiding this talent?!! EVERYONE LOVES YOUR STORY!!”

Ali wasn’t even awake yet, but trying to comprehend what was just shouted at her.

“CoCo? What are you talking about? Do you have ANY idea what time it is here?”

“Sorry about the time, but I couldn’t wait anymore! I had to talk to you! This is incredible, Ali. Seriously. I read it and gave it to a producer/director that I like to work with and he loves it! We are putting together proposals and contacting agents to get people in to audition!

“You have no idea what a sensation that you have created!”

“Really? Are you being honest with me?”

“When have I not been honest with you? Not to bring up bad memories, but who told you NOT to marry Dave? That he would break your heart? And who was right?”

“Well, first I pay you. Then in a few months when we get everything in order, you have to come to London for filming in case we need rewrites or scene changes. Can you do that?”

She thought about what her friend was telling her. Could she really leave her school for an extended period of time and go to London?

“I will talk with my principal today and get back to you. Let me know the details when you have them. I am really trying hard not to freak out right now. I just want you to know that…”

“Oh Red, I know! But you have no idea how great this is going to be! I promise!”

The friends hung up. Ali sat up in bed and thought about how surreal the last few minutes had been. She got up to go make some tea, as going back to sleep was NOT going to happen and think about what to do next.