Tuli is a college student who is horrified to discover that her new Professor is Jayce Mitchell, the handsome but infuriating man she had a one-night stand with. As classes begin the flame between them reignites but what Tuli doesn’t know is that Jayce is hiding a dirty, little secret which threatens everything they have. 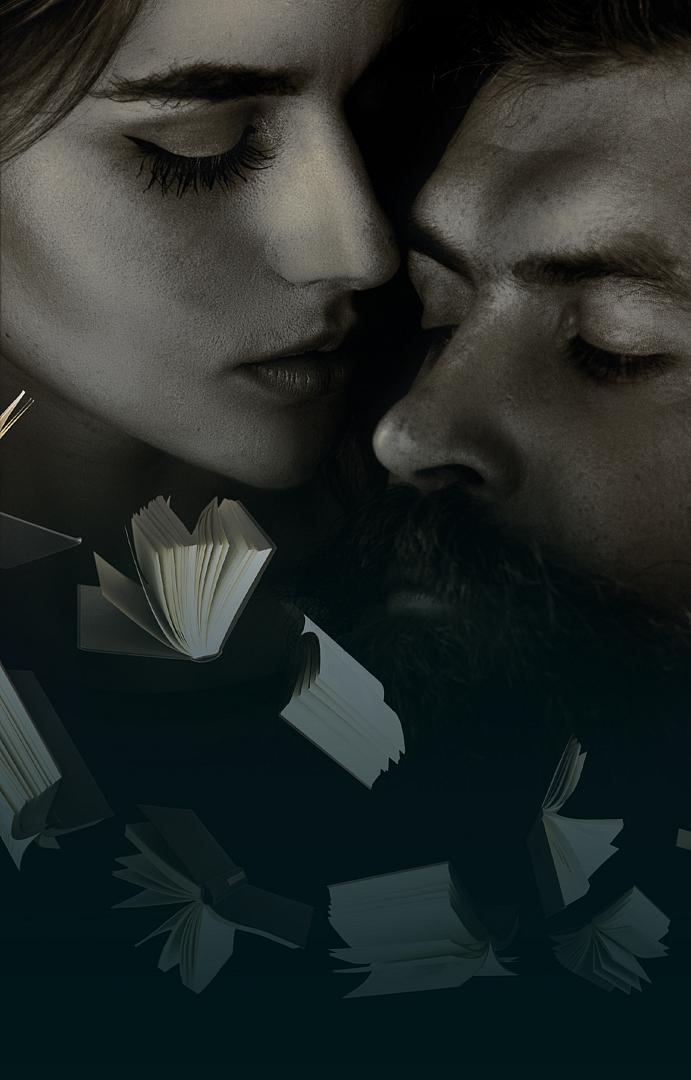 Tuli is a college student who is horrified to discover that her new Professor is Jayce Mitchell, the handsome but infuriating man she had a one-night stand with. As classes begin the flame between them reignites but what Tuli doesn’t know is that Jayce is hiding a dirty, little secret which threatens everything they have.

“Why the hell am I here?” I grumbled, reluctantly marching up to the entrance of some stranger's random house party beside my over-enthusiastic friend.

“Oh come on, Tuli,” Megan whined, pulling me with her. “Don’t be such a buzzkill. Try to enjoy yourself! You said you wanted to stop being the wallflower.”

“Yeah, but I didn’t say I was ready for this!” I exclaimed, pulling my hoodie over my nearly translucent black shirt and short shorts.

Megan rolled her eyes before flashing me a bright smile. “Stop whining! You look sexy!”

As she pushed me through the door I tripped on an imaginary step.

I squealed as I tipped over, but before my face hit the floor, a pair of arms caught me.

My face was pressed against a leather-clad chest.

The first thing I noticed when I looked up was a pair of full, pouty lips before I was entranced by a pair of big brown eyes, surrounded by dark, shaggy hair.

Blushing, I mumbled an apology and squirmed out of this gorgeous stranger’s arms.

“Watch where you’re going,” he growled, sauntering away.

I stood there, stunned as my friend came up behind me. “Asshole,” she stated as she glared at his retreating back. She shot me a reassuring smile. “Don’t let it get to you. Let’s go get some booze.”

I hesitantly took my hoodie off and left it by the front door as Megan led me to the kitchen, where guys were playing beer pong and girls were standing around chatting. Shepassed me a beer.

I took it hesitantly, staring into the amber liquid as she led me back into the living room. As we headed out, a familiar blonde approached my friend. My brother waved to me and winked at Megan.

Meeting his eyes, she giggled and danced away, forgetting about me entirely. I glared at the two of them as they retreated and took a swig of my beer.

So much for not being a wallflower, I thought glumly.

I stood there, leaning against a wall and contemplating if I should just leave now or try to stay and enjoy being at my first party.

A few minutes later, while I was still debating, a tall, blonde, and somewhat attractive guy walked up to me. I eyed him suspiciously but stayed in my spot, sipping at my beer.

“How’s it going?” He grinned mischievously, standing close to me.

“Fine.” I smiled politely, but stepped back from his forwardness. He reeked of alcohol and cigarettes and was invading my bubble.

“I saw you standing here by yourself. Doesn’t look like you’re having much fun. Do you wanna dance with me?”

He stepped closer, hovering over me.

“No, thanks. I’m fine right here,” I murmured, attempting to take another step back.

“Aww, come have some fun with me.” He smirked, trapping me against the wall and reaching for my hand.

“No, thank you.” I said more boldly, slapping his hand away.

His grin turned into a glower.

“Listen, I’m doing your fat ass a favor. You can dance with me and have a night of hot kinky sex with me, or you can keep brooding here like the lazy fatty you are.”

I instinctively slapped him across the face. I found myself not regretting it as I glared at him. The next words to come out of my mouth were less than polite: “Fuck off, asshole.”

I stepped around him and attempted to walk away, but before I got far enough, a hand roughly grabbed my wrist.

I gritted my teeth from the pain as the blonde guy turned me to face him.

“Fucking bitch,” he spat, tightening his grip around my wrist. “No one smacks me. You’re gonna pay for that.”

With his free hand formed into a fist, he raised it, aiming right for my face. I cowered slightly, despite trying to stand my ground.

I closed my eyes, waiting for the punch, until I heard a cry of pain uttered, and the grip on my wrist loosened. I opened my eyes to see the guy I bumped into earlier grabbing the blonde by his wrist.

My eyes widened as the creep reached for Mr. Mysterious’ hand wrapped around his wrist.

He let go of his hand, instead reaching for his shirt. He shoved the blonde guy against the wall. “I think she told you to fuck off,” he said menacingly. “If you wanna mess with her again, you're gonna be dealing with me. Got it?”

Mr. Mysterious let him go, shoving him away. The blonde guy stumbled out of the room, cursing and muttering to himself.

Then my savior looked my way, appearing less than pleased as he reached out for my hand.

“The fuck are you doing?” I sputtered as he pulled me to him. I struggled and squirmed in an attempt to escape his grasp, and failed miserably.

He rolled his eyes at my attempt to escape and pulled me away from the crowded area. He led me upstairs into a quiet hallway before letting go. I glowered up at him.

“What the hell is your problem?”

He glared at me. “I had to save you, twice. That’s my problem. Do you enjoy playing the role of damsel in distress?”

I was about to answer when I noticed he was no longer wearing his leather jacket. I found myself distracted by the bulge of muscles barely hidden by his black V-neck.

I also realized it did not do well with hiding chest hair, as I noticed a small patch peeking out. I bit my lip nervously.

“Do you even know how to listen?” he snapped, bringing me from my trance.

I trailed off when I realized he had trapped me between his body and the wall. My cheeks started to heat. “W-what are you doing?”

“Trying to get your attention. Did you even hear what I said, little damsel?” he murmured, pressing his body slightly against mine.

I found myself trying to push back against the wall in order to avoid his touch. It stirred up a foreign feeling in the pit of my stomach. I knew it was my body reacting to his touch.

Mister Mysterious’ lips twitched into a smirk as I found myself once more drawn to his chocolate gaze.

“I guess you weren't listening. But I got your attention now. Did you realize you caught mine the instant you tripped over the door frame?”

I attempted to look away. That foreign feeling was building inside me from his intense gaze. It was exciting and yet unnerving at the same time. I was beginning to feel slightly overwhelmed.

He lifted his finger to my chin and tilted my head to meet his eyes once more. “You’re quite the eye catcher, cutie,” he whispered. “So now that you have me, what do you want to do with me?”

Something hard poked me in the stomach. I couldn’t help but tear myself from his scrutiny to investigate. My cheeks flamed as I noticed the tent in his pants.

“Have you ever had a one-night stand, damsel?” he asked me, his voice low and husky.

I suddenly blurted out, “I'm a virgin.”

Why would you say that?

Mr. Mysterious raised a brow. “That can be easily fixed, cutie.”

He leaned in and gently nibbled on my ear, continuing his slow torture of grinding his erection up against my belly. I moaned softly, feeling pleasure pool deep into my loins.

Before I could figure out how to respond, his lips crashed down on mine as his arms wrapped around my waist, pulling me close.

I gasped softly against his lips, giving his tongue access to my mouth. It felt foreign, rubbing up against my own tongue playfully. I couldn’t hold back the moan that bubbled up from within.

My hands curled in his hair and tugged, pulling his face closer. He reached down with his hand and hooked my leg up over his waist, while his free hand reached up to palm my breast.

I uttered another moan, my hips grinding against his as I felt myself grow wet between my legs.

He pulled slightly away and whispered seductively against my lips, “Can I take your virginity, Tuli?”