Everyone knows Lillian is a troublemaker and a little bit more than a rebel, but there’s not much anyone can do about that. After all, she's a princess and next in line for the throne. The only problem with being a princess is that your responsibilities eventually catch up to you, and now Lillian is about to be thrown into a whole world of serious danger. But sometimes danger can be undeniably appealing... 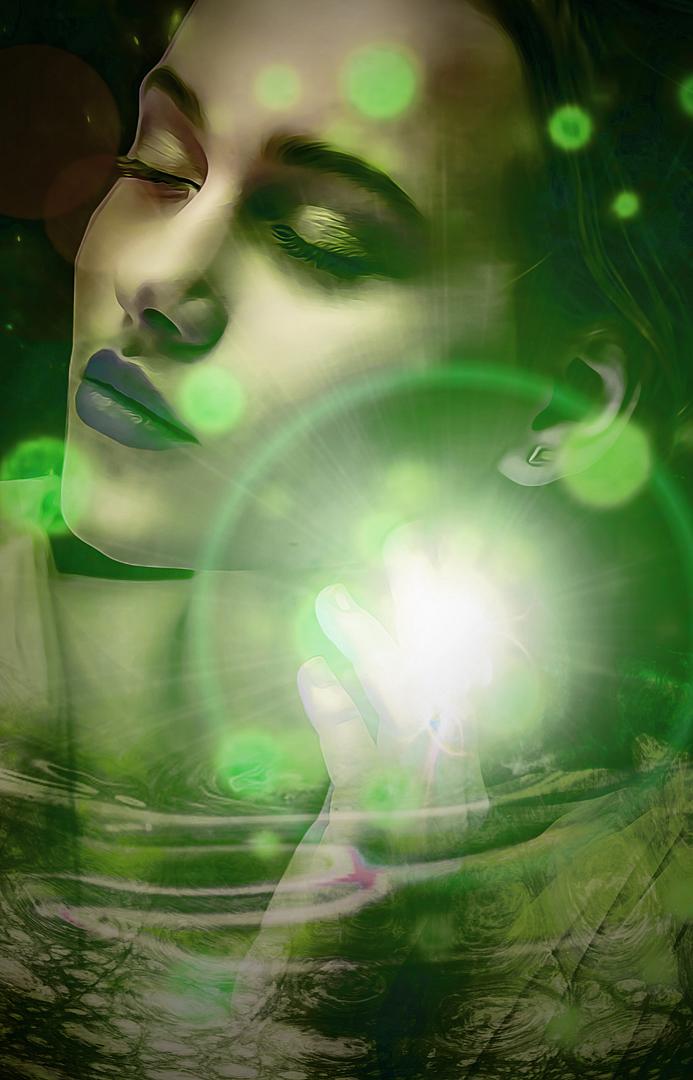 Everyone knows Lillian is a troublemaker and a little bit more than a rebel, but there’s not much anyone can do about that. After all, she's a princess and next in line for the throne. The only problem with being a princess is that your responsibilities eventually catch up to you, and now Lillian is about to be thrown into a whole world of serious danger. But sometimes danger can be undeniably appealing...

1: Looks Can Be Deceiving

King Draxus marched through the centre of his large campsite, his thick black boots squelching against the oozing mud below as he moved along at a quickened pace.

After a recent raid on a small village nearby it was apparent that one of the villagers they now held captive had important information that would only be shared with the one known as the ‘Dragon King’.

King Draxus was known as the Dragon King.

As he soon approached the interrogation tent, two of his darkly-dressed soldiers noticed him.

They quickly reached down to open the flaps at the entrance of the tent, gaining him access as he bent down and stepped inside in one smooth movement.

It was slightly darker inside the tent as a tall, built black man with long black braided hair stepped forward and gave a quick bow of his head.

It was General Shasharan, one of Draxus’ most loyal followers and his commander and chief.

“My King,” the General greeted him respectfully.

“Which one is it?” Draxus’ voice bellowed, deep and husky from beneath his large horned helmet as he glanced down between the three men kneeling before him.

A second figure dressed in black and gold armour and covered in an assortment of tattoos stepped up from behind one of the kneeling men, grabbing him violently by his hair as he spoke.

The villager kneeling let out a loud groan of pain as his hair was pulled back, lifting his face up for the King to see. Draxus moved to stand before him.

Hearing their King’s command, the tattooed man grabbed the prisoner kneeling before them and lifted him up by both the scruff of his hair and his torn shirt.

The prisoner, too afraid to look the King in the eye as he stood before him, kept his eyes focused on the ground. Draxus stepped forward, coming almost face to face with him now.

“I believe you have something to tell me.” Draxus’ voice was calm, yet hinted at a warning.

The prisoner looked to be a man in his forties or fifties with scruffy brown hair and blue eyes. His skin was dirty and his clothes worn and torn in several areas.

Draxus guessed this man may have been a farmer from his appearance, but didn’t think much more on the matter.

It was clear that the prisoner was afraid as he hesitated to reply.

“Speak, dog!” the tattooed man demanded from behind him, through clenched teeth and with a firm grip.

“I... I have a message... It’s... it’s meant for the Dragon King.” the terrified prisoner announced, still unable to make eye contact with Draxus.

“Fool! Who do you think stands before you!” General Shasharan spat, his dark eyes narrow with disgust. “Speak now before we cut out your tongue!”

Hearing his threat, the villager quickly glanced across at the General, then up to meet the bright amber eyes of the man standing before him.

King Draxus’ attire was truly intimidating, with his giant horned helmet covered in spikes and covering most of his face, only revealing his mouth and those captivating eyes.

The villager opened his mouth to speak.

“The message...it comes from a lady who came to our village only a week ago. One with long hair, the shade of coal and eyes bright as the stars...” he began, clearly afraid for his life.

“She said to tell you that you’re on the right track, whatever that means. That you’ll find what you’re searching for very soon...” he paused and closed his eyes tightly together.

It was as if trying to remember what to say next.

“Something about a girl with...a marking,” he finally continued. “That you’d find her soon?”

“What girl with a marking?” General Shasharan questioned from where he stood.

The villager turned to the General, seeming unsure.

“She didn’t say, sir... Just that I had to pass this information on to the Dragon King himself.”

Draxus looked down as he thought to himself while the others continued their conversation and questioning in the background. He knew who the woman with the black hair and white eyes was.

Her name was Rayvinn, a powerfully selfish and conniving sorceress who Draxus had been unfortunate enough to have crossed paths with before.

But what did the villager mean about being on the right track? And the girl he was referring to; the one with a marking. Was this the same one he had been searching for all these years?

None of it made any sense as he mulled it over silently for a moment.

Draxus suddenly drifted back into the conversation as it continued on without him.

“Even if he is telling the truth, that crazy witch is probably far from here by now.” Shasharan pointed out.

“So what, we’re supposed to believe the word of some servant scum... I say we put an end to him... to all three of them, right here, right now.” the tattooed man argued.

“Zaar, you don’t get to make that call!” the General reminded, his finger pointing toward the man with the tattoos as he remained holding onto the villager firmly.

Draxus looked directly into the villager’s eyes for a moment, as if he suddenly sensed something was not quite right.

As the villager met his eyes Draxus focused harder, putting all of his power into his gaze and watching the man’s reaction as he did so.

Taking one last step forward, right up to meeting him face to face now, Draxus maintained his hypnotic eye contact with his captive villager while never blinking once.

He was determined to break through whatever vale hid the truth from them here.

His eyes suddenly began to change from their usual amber shade, glowing brightly and forming into more of a luminescent colour of bright gold.

There was a vertical black line in the centre as he activated his powers and stared the villager down.

Suddenly the villager closed his eyes tightly shut and let out a pained grunt as he began to shake his head violently.

His entire body tensed up and he began crying out as if he were in incredible pain, all the while still in Zaar’s firm grasp from behind.

“What the fuck’s happening?” Zaar asked, looking to the General for answers.

The General shrugged as he stood watching as the villager began shaking all over, eventually hard enough that even Zaar could no longer hold onto him and stepped back in astonishment.

As Draxus opened his mouth and spoke a single word, his voice came out incredibly deeper than it usually had, like the voice of a dragon.

In the fraction of a second, the two kneeling villagers on either side of the standing prisoner suddenly disappeared into shadows of scattered black dust.

The prisoner threw his head back to stare straight up with his mouth open wide.

His eyes turned white and his appearance transformed into that of an entirely different person; a beautiful young-looking woman wearing a long black tattered halter-neck gown.

Zaar and Shasharan both stepped back in shock upon seeing her standing there, in the middle of their interrogation tent.

With her long black hair reaching down to her buttocks and her white eyes locked straight on their King, she had changed entirely.

The imposter locked her sights onto their King who continued to stand his ground before her as she suddenly spoke. Draxus didn’t seem surprised by the transformation, not even in the slightest.

“What gave me away?” she asked, her voice seeming to echo as she spoke with a sadistic grin.

Before anyone could speak Draxus lunged forwards and grabbed her around the throat, catching even her off guard as he pulled her in closer to his face and spoke with a snarl.

“You’ve got a lot of nerve showing your face here, Rayvinn!” he said, tightening his grip on her throat until it was uncomfortable.

She let out a choked sound, then smiled defiantly.

“You tried to kill me!” he snapped, clearly holding back from finishing her. “You’re nothing but an insane old witch.”

“Old!” She seemed hurt by his comment. “Come on baby, don’t pretend you’re not even a little bit happy to see me.”

Draxus’ snarl suddenly smoothed over as he looked her up and down for a moment in thought. Could he trust her again? Should he bother?

“I want nothing more from you.” He suddenly released his grip on her and took a step back. “Now get the hell out of here before I have you killed.”

“Ouch!” Rayvinn said with a frown. “You’re not even going to hear me out?”

“Go, while you still can.” General Shasharan warned from where he stood.

“Alright.” She faked a pout, taking a step toward the exit with a taunting grin. “But it’s about the girl, Draxus... You know, the one from your dreams...”

Her tone was purely to taunt him as she continued taking purposely slow, lingering steps toward the exit, waiting for him to stop her. And she knew that he eventually would.

She playfully shook her ass as she walked just to add to further taunting him.

General Shasharan and Zaar looked to one another, both preparing to unsheathe their swords and assist with her removal if necessary, but they stopped upon seeing Draxus raise his hand to cease them.

“Wait.” His command was stern.

Rayvinn’s eyes glowed brightly as a big smile spread across her face and she turned to face the Dragon King once more.

Looking to one another, both the General and Zaar let out huffs as they quickly both obeyed their King’s command and exited the tent, leaving Draxus alone with the manipulative sorceress.

“Well?” his patience had worn thin by now. “Tell me what you know.”

“Why so rushed...aren’t you going to offer me a drink or something?” she asked with furrowed brows.

“Rayvinn!” his shout caused her to gasp. “Do NOT test me!”

After a moment of silent deliberation, Rayvinn smiled and then walked across towards him as she spoke.

“What if I said I knew the girl's exact location... right now?”

His now normally amber eyes narrowed as she stepped closer and closer towards him.

Stepping right up in front of him now, her hand moving up to meet his chest as her fingers carefully slid down his dark armour.

“What if I said I could bring the two of you together...would you be happy with me then?”

Her expression was filled with heated lust as she stared deeply into his eyes and Draxus was well aware of her obvious intentions.

She had always been interested in him, in his power, but he had learned the hard way that she was not to be trusted.

“How?” His voice was stern.

She smiled up at him with glowing white irises.

“Now, now, King of Dragons...” she paused and reached down between his legs, massaging her fingers over the bulge in his pants as she whispered into his mouth.