The Queen in Shadows

Noelle is a werewolf in a vampire society. Hiding in plain sight, she lives her life in the shadows, pretending to be human. When she catches the eye of the handsome and persistent vampire prince, will she be able to survive the newfound attention? Will she be the savior her people have been waiting for? 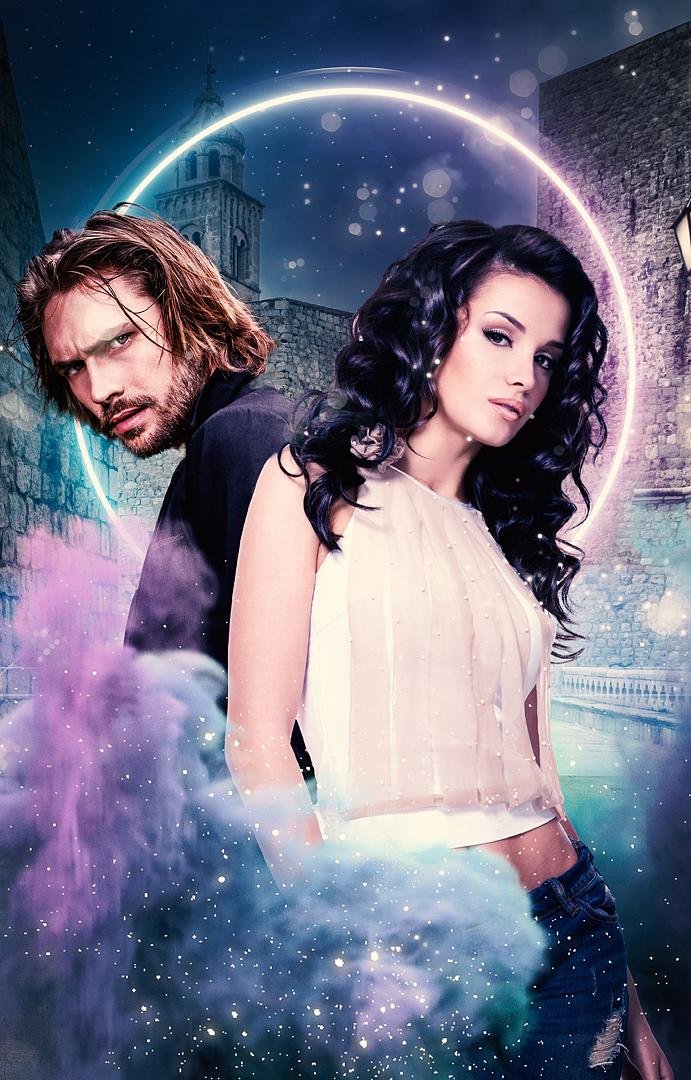 The Queen in Shadows

Noelle is a werewolf in a vampire society. Hiding in plain sight, she lives her life in the shadows, pretending to be human. When she catches the eye of the handsome and persistent vampire prince, will she be able to survive the newfound attention? Will she be the savior her people have been waiting for?

The courtroom is packed. The circular arena, like a stage, has spectators sitting in the raised balcony seating, watching the proceedings with bated breath.

The queen’s trial started three weeks ago. Everyone knows it is just a formality. The king and his advisers want her gone. She will be found guilty.

I watch her as she sits, head held high, seemingly unaffected by the chaotic circus around her. The king has charged her with treason and conspiring to incite mutiny.

Rumors of her sympathizing with werewolves have circulated for years.

She is the highest-ranking female vampire in the world, royalty. She can not be seen as soft on werewolf policy.

She sits next to her lawyers, dressed in royal purple, with her hands bound and a muzzle over her mouth.

The collective gasp that left the mouth of every spectator as she was led in on the first day of trial is something I’ll never forget.

I’m sure the muzzle is in place to further humiliate her. She is far too poised to bare her teeth to anyone.

Seeing her with all of her otherworldly beauty and her strong aura of authority, wearing royal colors, juxtaposed with chains and a muzzle is unsettling.

If she could be chained and dragged through a trial, no one is safe. The king is making a statement. Sympathetic actions toward werewolves will not be tolerated, by anyone.

I hate sitting here. I don’t want to be an addition to the gawking, gossiping observers.

Every prominent vampire household has a representative here in the audience. It’s a symbol of their status that they have a place here.

I work as a servant in the Vicioso house. I’m here as their representative. I suppose sitting, watching the trial all day is better than scrubbing floors or washing windows.

The Viciosos are a good family to work for as far as vamps go. Master Vicioso works in blood curation. It’s a prestigious position. It gives his family status.

His wife and two children are decent enough. They mostly ignore me. I can’t complain. I have only been hit a few times and never bitten, which is more than many servants and slaves can say.

Sunlight is streaming into the room from the large glass dome ceiling above the auditorium. The sun beating down and the crowded room make me feel overly warm and nauseous.

A small ray of light is beating down on my yellow uniform. I rub my hand across my pants, touching the light spot.

Today will be the last day that I wear yellow.

Yellow is only worn by the untested. Whenever a non-vampire turns seventeen they are brought into a testing facility, touched with silver, and appropriately placed in a group.

If there is no reaction to the silver, they are deemed human and given gray uniforms with a human insignia.

Wolves are collared and given gray uniforms with an insignia to identify them, as well.

Vampires wear whatever they want. Except for royalty: they wear purple to show their status.

I am being taken in for testing tonight. I’m a wolf but I’ll be placed with the humans. There has been a plan in place for me for years.

My aunt worked at the registry office when I was young. She changed the year on my paperwork. I am actually turning eighteen tomorrow, not seventeen. I shifted last year.

I’ve spent this year training, in secret. I can now hold silver with no reaction for up to eleven minutes. My aunt and uncle are part of an underground resistance group.

I know I’m not the only person whose file they changed, but for my safety, I’m kept in the dark about the others.

The resistance has been quietly working for years to free our kind from slavery and subjugation.

My year of silver training will keep me from being collared, implanted with a neck chip that keeps wolves from shifting.

The practice is cruel and excruciatingly painful. Most wolves never get the chance to shift before their ancestral roots, their pack, their blood lineage, is clipped, locked away, out of reach.

I have only been able to shift a handful of times because it’s not safe. Even still, I don’t know what I would do if my wolf was suddenly locked away, if my ability to shift at all was taken from me.

I rub my sweating palms on my pants. I know that I can handle silver. I have been trained to keep control over my wolf when provoked so that I don’t shift unless it’s safe.

I know that I can get through tonight, but I’m nervous. The events of tonight will shape the rest of my life.

If I’m not focused and I react to the silver, my wolf will be ripped away and I’ll be forced into servitude or executed if they detect my attempt to deceive them.

Humans are given jobs. Not good jobs, but they still have some small semblance of freedom. They are paid a livable wage for their work and are generally treated with basic decency.

They have options, most of which aren’t great but it’s more than any wolf can say.

Wolves are stronger and faster than humans, even without the ability to shift.

If someone is determined to be a wolf during the test, their lives, from that day forward, belong to vampires, more specifically, to the king.

Wolves are given backbreaking manual labor that they are not paid well for.

The traditions and customs of our species have long been stripped away, and packs have been either totally eradicated or hidden underground.

I am anxious for tonight. I just want it to be finished. The anticipation is almost too much to bear.

I wonder if this is how the queen feels everyday? She knows that she will be found guilty and executed. This trial is a show, the king’s way of proving his dominance.

I stare at her again. From my seat I can see the side of her elegant face.

People say she is the most beautiful woman in the world. Her honey-colored eyes almost glow. Her skin is flawless and perfectly smooth.

The king, who I have only seen once before from a distance, looks as deadly as he is handsome. His face is beautiful, but his cold cruelty is as visible as any physical attribute.

Their son, Prince Phoenix, is rumored to be as beautiful as his mother. I’ve never seen him. He’s protected in the castle, kept away from the dregs of society.

The king and queen seem an odd pair, married for over three hundred years, according to gossip.

He is the epitome of a vampire, dead and cold, no beating heart to lend sympathy or kindness.

The queen has kept a warmth to her, a glow that comes from inside herself, pouring out of her eyes.

She is dead, her heart stopped beating centuries ago, but she has kept a shred of humanity, a small glimmer of gentleness that most vamps lack.

I hate to listen to trashy whispers from people who don’t know more about the situation than me, but lately I can’t help it. It’s everywhere.

People are saying that the queen took a werewolf lover, or that she’s been freeing dangerous criminals from the dungeons. Cheap, tawdry gossip floats around everywhere.

I wonder if there is any truth to any of it. Is she sympathetic to our cause? Would she change our fates if she could?

Even though there’s probably little truth to the whispers, I like to think that she is on our side. It gives me hope that one day we will be allowed to be more than we are.

The judge’s gavel pounding against the bench brings me back to reality.

“We will adjourn for today. We will hear closing arguments on Monday.”

I watch from my seat as the queen is escorted out of the courtroom, her eyes fixed on the floor. My heart hurts for her. I’m not sure why I feel like this.

Whether she is sympathetic to our miserable existence or not, she is the vampire queen.

Sympathy only goes so far. I should hate her, but I don’t. Something pulls me. I feel like, vampire or werewolf, we are in the same boat. We are not in control of our fates.