Ravens of the Mist

Aurora Danvers of the Moon River pack is devastated when her true mate rejects her. Then she meets Alpha James Hunt of the Ravens of the Mist pack, who makes her an unusual proposition. Suddenly she finds herself in a new pack, with a new set of responsibilities, partnered up with a man she must pretend to love. Because he's only pretending to love her. Or is he? 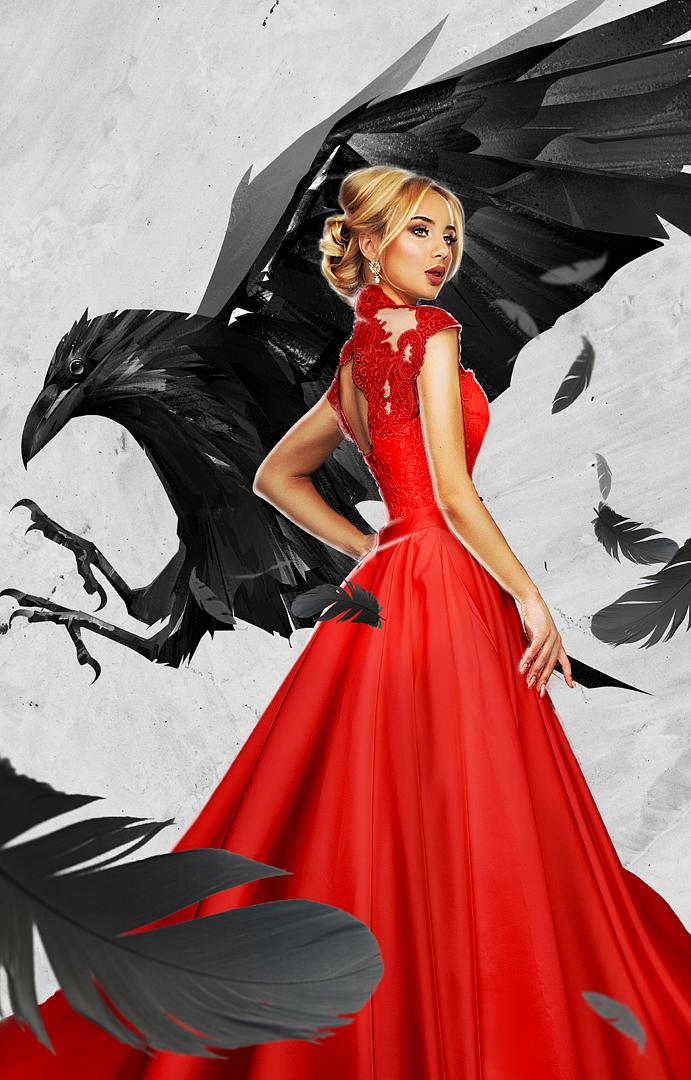 Ravens of the Mist

Aurora Danvers of the Moon River pack is devastated when her true mate rejects her. Then she meets Alpha James Hunt of the Ravens of the Mist pack, who makes her an unusual proposition. Suddenly she finds herself in a new pack, with a new set of responsibilities, partnered up with a man she must pretend to love. Because he's only pretending to love her. Or is he?

My mother hugs me tightly in her arms when she sees me walking into the house.

“Welcome home. I can’t believe you’ve been gone for so long. I missed you so much,” she keeps saying without releasing me.

I’ve been gone for four years now. I wanted to see the world. It was something I wanted to do before I had the chance to find my mate.

“Don’t lie to yourself, babe. Deep down, you were hoping to find him, and so was I,” Adalind, my wolf, says in the back of my mind.

“Hey, Mom. I’m happy to be back.” I bring my arms around her. “I missed you too. Where’s Dad?” I ask after she releases me from her hold.

“He’s at the pack house with Alpha Dwayne. They are preparing for the mating ceremonies. Jacob found his mate.” She goes back to cook her meal.

I smile. “Good for him. When he’s going to step in as the new Alpha, Jacob will already have his mate by his side.”

My mother looks at the stove as she mixes ingredients and then at me. “So, darling, how was it? Did you have any luck finding your mate?”

When I wanted to travel the world, I told my parents that I wanted to find my mate. It was the only way my father would have let me go.

Adalind let out a scoff. “Which was a total lie.”

I roll my eyes. “Adalind, you know I love you, so don’t take this personally. Shut up!”

“Liar! Liar! Pants on fire!” she chants in my head.

“Ugh! Don’t you have better things to do than patronize me?”

Adalind shakes her head in a mocking way. “Nope, I have all day.”

“So, did you find him?” my mother asks me again. I can hear the hope in her voice.

“Unfortunately, no,” I reply while I watch her cook.

“That’s okay, don’t worry. I’m sure your time will come. You know what. Your father, Alpha Dwayne, and Jacob are going to the Alpha meeting. If you ask him, I’m sure he won’t have an objection to bringing you.

“After all, you’re the Beta’s daughter. Probably you will find your mate there.”

“Mum, I don’t think I’ll be lucky enough to end up with an Alpha!”

Great, I’m only back for a couple of minutes, and she’s already pushing me to find my mate.

It’s not her fault. Grampa, her father, was very strict about this kind of thing. He raised her to be a good and obedient mate. Thanks to the Moon Goddess, she met my father. He showed her other ways.

I step closer to my mother. “I’m going to the pack house to say hello to Dad.”

“You know he doesn’t like to be disturbed when he’s over there.” She leaves a kiss on my cheek. “But since he didn’t see you for so long, I don’t think he will mind.”

“Well, look who’s back!” I hear someone say as I walk toward the pack house.

I turn around to see who it is. “Jona, is that you?” Jona is the second son of Alpha Dwayne.

I shake my head desperately. “Girl, don’t start with this shit!”

Jona smiles at me. “The one and only.” He looks at me up and down. “When did you get back?”

“Not that long ago. I came to see my father. Catch you later?” I say, waving at him.

Before I step into the Alpha’s office, I knock on the door.

“Come in!” I hear Alpha Dwayne permitting me to enter his office.

“Aurora, you’re back! I’m glad to see you,” my father greets me when he sees me enter the Alpha’s office.

He lets go of whatever he was doing to stand up from his chair. Then he grabs me in his arms, giving me a brief hug.

“Welcome back, Aurora.” Alpha Dwayne says when he looks up at me from his papers.

“I wanted to thank you again, Alpha. For having let me go for so long. I learned a lot in my travels, but unfortunately, I didn’t find what I was looking for.”

Before I left, Alpha Dwayne signed a travel authorization so the other packs didn’t confuse me with a rogue.

“Yes, your mother had already contacted me. Alpha Dwayne permitted you to join us at the Alpha meeting. Maybe you will have a better chance over there.”

Sometimes I think my mother and father have the same mind. “Of course. After all, they are mates,” Adalind says.

The thing is that if my mate is an Alpha, I would have no other choice but to leave my parents and my pack to become the Luna of his pack.

“We both know it won’t be easy, Aurora, but I will be with you every step of the way,” Adalind reassures me.

As I descend the last step, a scent captures my attention. I sniff the air to see if I can find its source.

“Adalind, did you smell that?”

“Oh, yes. We’ve got to find the source.” She sounds excited while jumping on her paws.

Before I take another step, looking around, I feel someone come up behind me. I turn around quickly to see who it is, as his scent has invaded my soul.

“Mate!” Adalind chants in my head.

He steps toward me, grabbing my upper arms to bring me closer to his body. He leans his head to smell my hair. He looks at me with contentment. I’m looking at him the same way.

Then his expression changes drastically. He quickly lets go of my arms as if they burned his skin.

I feel Adalind starts to worry about his behavior. But what is happening? Why is he looking at us this way?

Wait, do I see regret in his eyes? Even for a second?

“…as my mate and the future Luna of this pack.”

I can’t move. My body freezes from his rejection.

The only sound I can hear is Adalind whining. The rejection destroyed her, destroyed both of us.

All her life, all Adalind ever wanted was to be loved by her mate.

I feel Jacob’s eyes on me before he leaves us both. It didn’t even bother him what he just did to us.

While I was away, I heard from other packs that mates could reject their life partners. I never, in a million years, imagined it could happen to us.

I take a few steps back. When my back hits the wall behind me, I let my body slide down until I sit on the floor.

What will happen to us now? How are we going to go on with our lives?

As I come to my senses, I see that Jacob has already left.

“They don’t even care about us. Xanatos, his wolf, didn’t even want to link with me when I tried to communicate with him.” Adalind is distraught by the rejection on both sides.

“Aren’t we good enough?” she wonders again and again.

“Adalind, I don’t want to be a bitch right now, but you have to snap out of it. We have to go before someone sees us like this. Please, my friend, I need you.” I try to reason with her.

I feel Adalind standing up on her four paws to give me the little strength I need to get out of here. We don’t waste our time, and we run together as one into the woods, away from everyone.

When we are far enough, I let Adalind take over. I’m now in her head as she’s out in the world. She howls over and over to let out the sad fate that we are both in.