Being the only human in a shifter family should’ve been hard, but for Tricora it was just how she was raised. From learning what it meant to be a leader from her adopted Alpha father to fighting with her three unruly step-brothers, she loved every second of it...that was until she was rejected by her mate for being a human. Now the Alpha King has claimed her for his own. But will she accept? 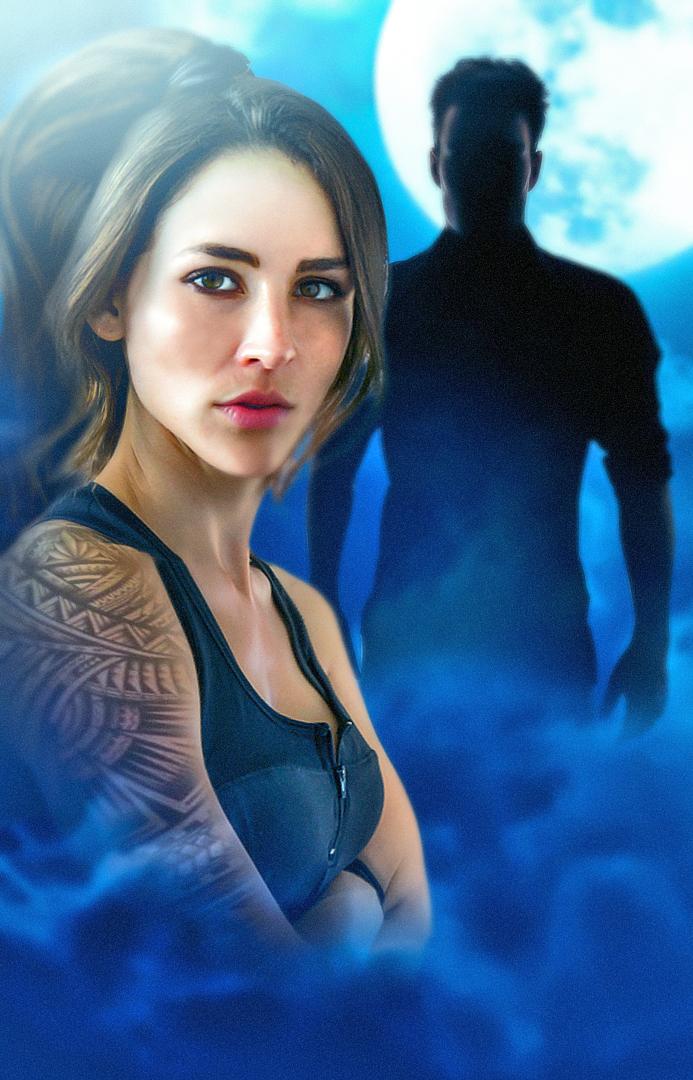 Being the only human in a shifter family should’ve been hard, but for Tricora it was just how she was raised. From learning what it meant to be a leader from her adopted Alpha father to fighting with her three unruly step-brothers, she loved every second of it...that was until she was rejected by her mate for being a human. Now the Alpha King has claimed her for his own. But will she accept?

Waking up this morning is slow going. Mind you I love my job, but lately it's getting old. I am a human living in a shifter world and even though I feel at home, I always wonder what if?

I was abandoned by my mother and left in an orphanage right after my birth. I was adopted as a baby to Alpha Cannon and his mate from the Blood Warrior Pack. It is said that I am part wolf but no one could verify it so just in case since my dad wasn't having any girls he adopted one.

Growing up was definitely different, but I didn't know anything else and I wouldn’t have changed it for anything.

I was trained just like his sons and expected to put more of an effort in since I was human. I had to compensate and work harder at proving myself because I am human.

My mom, Luna Callie, taught me everything I would need to know on how to help run a pack, while dad and my brothers Cameron, Caston, and Carson taught me to fight and have Alpha qualities.

Through the years I earned my tribal tattoos on my arms and my achievements to be tattooed in my hairline. They are nothing crazy and look just like tribal designs, but each one means something. They are just big enough to be seen but can also be hidden if needed.

When my 18th birthday came around I had my true test against the head warrior in our group. If I could last more than 10 minutes fighting I would earn my branding on my arm. The mark would show I am one of the best of the best and have fought for my life to earn it.

It is an honor and a privilege to be able to not only earn it but bear it for all to see.

The fight was everything and more. I survived, but just barely. I had to do this not only for the family but for myself. I had to give it all under the watchful eyes of my parents and brothers.

I collapsed right after but I made it, and as I laid there panting for air my brothers held me down as my dad branded my arm. I couldn't even scream so I just cried.

Afterwards, my brothers hugged me and laid with me on the ground whispering how proud they were that I was their sister. I will never ever forget that day for as long as I live.

I then went to college to get a business degree and after 4 years returned, getting my current job with Alpha Martin. I am on the books as his secretary, but also an advisor, and bookkeeper.

We have worked hard getting his pack to where it is now, but it's prospering and he refuses to let me go. So he raised my pay and gave me an easier workload.

Not that I couldn't handle it anyways, but I stay because he deals with a lot of local packs and have always hoped I could have a mate.

I mean I think I am a catch. I'm 5 foot 6 inches, 145 lbs as I had to be built for fighting and had to fight 3 brothers for food. Those were interesting mealtimes.

I don't have big boobs and I am ok with that because I make up for it in my ass. I sit out in front of the boss's office to be the first person people see. He says it's because I am eye candy for the single wolves coming in.

When he says that his mate usually smacks him but agrees. She always says anyone who is mated to me would be insane not to have me.

Today is a meeting day. A new pack is coming in to meet with Martin for a potential business deal. So I wore my black pencil skirt with my emerald green long sleeve blouse and heels, and put my hair in a low bun to cover the tattoos.

I have to look professional, and portray proper business etiquette. Usually he lets me wear jeans and a nice shirt, but on days like today we have to be dressed appropriately.

I am getting the last of the copies made in the closet room behind my desk when I hear the elevator ding so I know our guests are here. Martin told me to get the copies made and lead them into the conference room.

When they enter I see Alpha Stern, Beta Canton, and his Gamma Darren all walk in as the Alpha stops mid stride staring at me sniffing the air. I think I know what that means as my mom had talked about it, but since I can't tell I am assuming he would say something.

"If you have a seat gentlemen, I will be with you in just a minute."

I watch as he says something to his men, and they start having an argument with him. I go back to what I am doing as the last copies come out.

I walk back to my desk to staple the copies, and can hear they are clearly having a heated discussion. The Alpha sounds pissed off about something. I can't tell what they are saying exactly, but it doesn't seem to be very good.

"Alright gentlemen, if you will follow me I will lead you to the conference room for the meeting. Alpha Martin will be in shortly."

I walk as they follow me and as they enter taking their seats I hand them the packets and turn to leave to go get Martin.

"What is your name?" Canton asked.

Canton looks at his Alpha when I leave to go get Martin and I wonder why he would ask me my name?

You have got to be kidding. What are the chances I meet my mate a couple days before the mating event where I am going to mark my chosen mate Brianna.

My men are pissed that I am thinking of rejecting her, but she is human. I will not take a human as a Luna for my pack. I don't care, mate or not. There is no way.

Canton looks at me like I am crazy. He keeps saying there is something about her, he just can't put his finger on it.

"If you reject her you're an idiot. There is something about her and I know the name from somewhere!" He seethed at me.

"I don't care! I love Brianna, and that is my mate. I will deal with this girl after the meeting."

We sit here patiently waiting when we see Alpha Martin and the girl walk back in. Shit now I have to deal with her here while I try to concentrate on what he is saying. It doesn't work as I instantly smell her scent again.

Citrus and cinnamon, and as much as I tried to ignore it, my wolf Kyro is going crazy in my head. He is pissed at what I want to do, and has told me he will take over if I even attempt it. So right in the middle of the meeting I interrupt it.

"Tricora what is your whole name?

Confused, she replies, "Tricora Cannon, why?"

Before my men or wolf could stop me, I got it out before anyone was expecting it.

My heart cramped up while I just stared, gritting my teeth. I saw her grab at her heart, dropping to the floor as my wolf and men started screaming at me.

"What have you fucking done!" Canton yells at me.

"I accept your rejection," she whispers.

I just watch while she balls up into a heap on the floor. I stand up, exiting the room, because I cannot stay here any longer and watch this pathetic show.

As I exit, my men are still screaming at me as Alpha Martin is now kicking me out of the office building. I don't fucking care anymore. I just want to get back to Brianna.

What I just witnessed is beyond anything I ever thought I would witness. How could someone, let alone an Alpha, do that to my Cora? He doesn't deserve her!

I stare at him when I quickly scoop her up and walk down to my mate's office, kicking open the door. She sees me holding Cora and runs over, taking her in her arms while I set her on the couch.

"What the hell happened to Cora, Seth?" She questioned me as if I had something to do with this shit!

"She just got rejected by her mate, Alpha Stern."

Sara looks like she is about to kill someone. She goes stomping out of the room and into the lobby by Cora's desk. Apparently all the men are still standing there fighting about what just went down when I hear my mate shut them all up.

I walk out as she is trying to keep her wolf calm so she doesn't just kill everyone.

"Who the fuck do you think you are to reject my Cora!" She yells. "You have no clue who you just rejected, and when you find out I can guarantee you will be sorry!"

They all just stare as she stomps off, leaving me with them. I point to the elevator and watch when they walk away.

I pull out my cell phone and call Chase, her dad, explaining what has just happened. He and his mate are on their way to come get her to take her to her apartment. I don't want her attempting to drive home right now.

I just walk back to Sara's office and see her comforting Cora telling her he will be sorry. He has no fucking clue, and she is right! Cora would be an asset to any pack, especially his that is struggling to survive.

We need to get her home so she can sleep this off and try to give her something to distract her mind. I know that there is the mate event this weekend. Maybe she can help her friend Tara check people in.

I'll give her a call. It's Thursday today and the event starts Saturday. It will only be for a few hours, and who knows maybe she will find a second chance mate.