Kennedy Hardy is the hardest working member of her pack. Neglected by her parents, she was guided by the alpha to become his trusted beta, a top-trained fighter, and an organizational leader. Now, as she approaches her twentieth birthday, she is looking forward to meeting her mate and seeing what her future holds. Could she be destined for more? 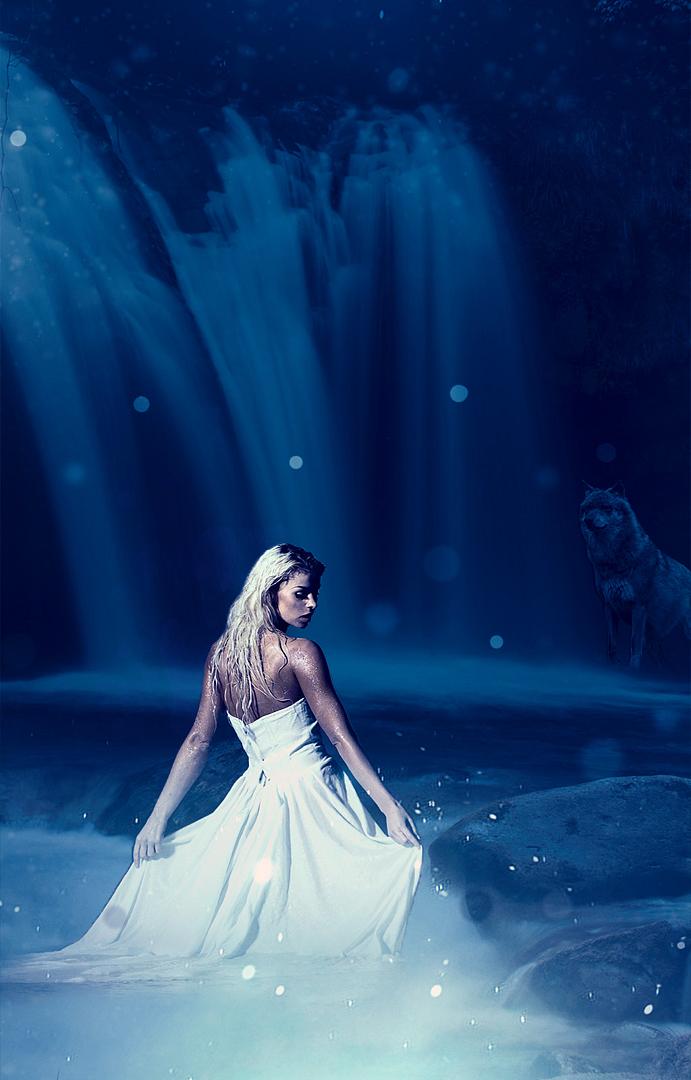 Kennedy Hardy is the hardest working member of her pack. Neglected by her parents, she was guided by the alpha to become his trusted beta, a top-trained fighter, and an organizational leader. Now, as she approaches her twentieth birthday, she is looking forward to meeting her mate and seeing what her future holds. Could she be destined for more?

I knew from a young age that my family didn’t see me as a priority.

My name is Kennedy Hardy, but everyone calls me Edie. My parents are the betas of our pack and have been since I was a baby when we came to this pack.

I never noticed that I wasn’t noticed or loved by my family until I was about ten. Now, normal werewolves shift into their wolves at thirteen or fourteen. Only wolves that are very strong shift earlier.

This happened with our alpha’s son Domenico, who is now the alpha of the Black Star Pack. My pack is the Black Heart Pack, which our alpha, Giovanni, split in two for his two sons.

As I was saying, though, when I shifted into my wolf at age ten, my parents were more concerned about my older sister, Jenny. She was upset because a dress was not available for her dance the following week.

As I lay outside writhing in pain, our luna, Lara, sensing a wolf in need, came and helped me through it. The following day, when my parents were told, they brushed it off, noting I was walking around okay, so it wasn’t a big deal.

From that day forward, I learned to place very little stock in what my parents said or did. I began to get closer to the alpha’s family, for that little family element that all young she-wolves need.

When I was sixteen, my parents decided that they wanted to travel. Since I had the beta gene and my sister didn’t, I was given the post of beta to Alpha Giovanni, or Gianni for short.

He taught me everything I needed to know, training me to be the best warrior. I excelled, and even before I became the beta, I had taken over warrior training and protection strategies.

Alpha Gianni and I also worked with his son and future alpha, Ian, who is a couple years older than me. Ian is their youngest son—well, middle, kind of.

He is the alpha and luna’s last son, but they are raising a godson, an alpha pup from another pack whose parents were killed in a rogue attack.

Ian and I used to be close, as were Domenico and I before he left to manage his own pack, but shortly after Ian hit puberty, he started to notice the pack sluts. Ever since then, he has been bouncing from slut to slut.

I felt beyond sorry for his mate, as he obviously hadn’t saved himself for her. Ian has started to lose the respect of the older members of our pack as he flaunts himself with no discretion.

Unlike my former friend, I was looking forward to seeing who the Moon Goddess had in store for me. I have saved myself for my mate, and hopefully he has for me too.

But for now I have my work, as well as the respect of the pack—something that is not easy for a female beta to achieve.

In all honesty, the beta should have been my sister, but she doesn’t have the gene or the discipline to train and lead warriors.

All she does is gossip with the other sluts, making sure she has her makeup just right, ten layers of it, nails done, hair properly bleached blond. Like Ian, she hadn’t saved herself for her mate.

Once again I felt sorry for him because she is a power-hungry she-wolf. She won’t settle for anyone less than a beta, preferably an alpha. I hope the moon goddess has given her a patient mate, or there will be much heartache.

This is my story. I hope it ends happily. But honestly, how often does that happen for an underdog?