Ava is a lone wolf bounty hunter after the most dangerous biker in Northern California. But when circumstances force her to team up with Bjorn, a gritty and gorgeous modern-day viking from the Riders of Tyr MC, she can't fight the fire sparking between them. Will Ava let herself fall for her bad boy beau, or return to the open road alone? 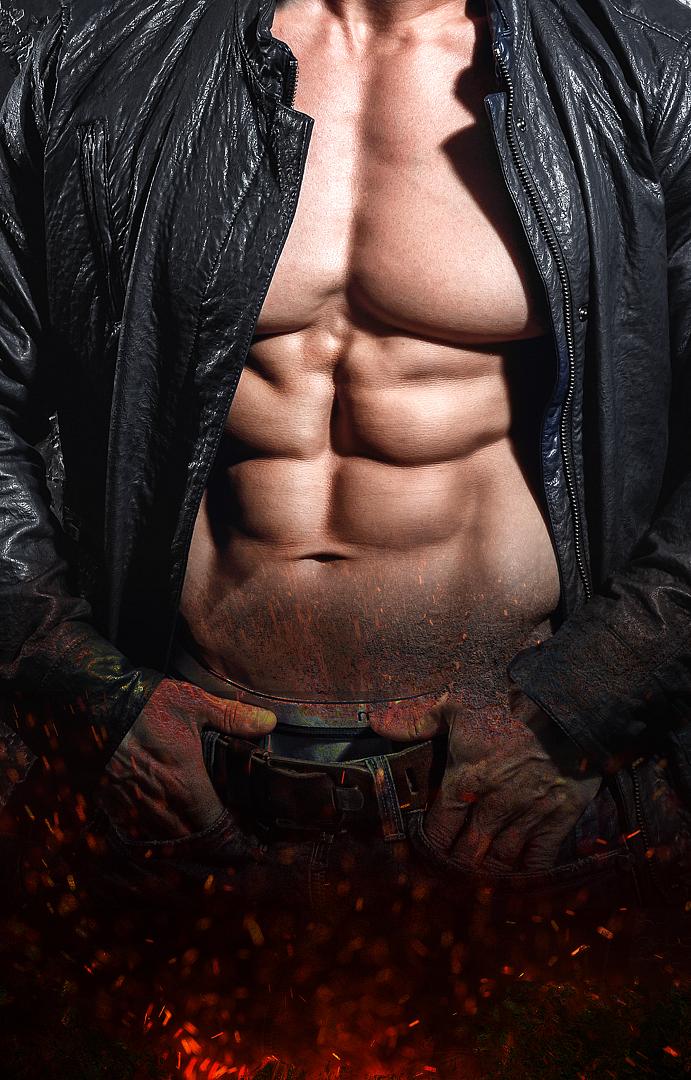 Ava is a lone wolf bounty hunter after the most dangerous biker in Northern California. But when circumstances force her to team up with Bjorn, a gritty and gorgeous modern-day viking from the Riders of Tyr MC, she can't fight the fire sparking between them. Will Ava let herself fall for her bad boy beau, or return to the open road alone?

I never knew what love was until he tried to kill me.

I’d been running for so long.

Trying to escape my demons so much that I forgot how to feel.

Then he walked into my life and held me at gunpoint.

…And fucked me so hard that I saw the world in color again.

I know I don’t deserve a life, after everything I’ve done.

But, for the first time in a long time, I’m starting to hope…

A FEW DAYS AGO…
Izzyi have a new assignment for u.
AvaFinally.
AvaHow much?
Izzy50k
AvaHoly shit.
AvaThank you!
Izzyperks of being my favorite bounty hunter 😉
AvaWho is this guy?
IzzyJavier Pasado
Izzyapparently the dude is VP of a gun running op called the Toltecs
AvaThe biker gang?
Izzythis one’s going to be dangerous…
Izzyword on the street is that he’s got all of Alameda County PD on his payroll
Izzyu might want 2 get a partner
AvaNot my style.
Izzyi’m serious, Ava. be careful out there.
AvaAlways am.

Izzy wasn’t kidding when she said this guy would be dangerous.

The usual bounties from my bail bondsman are for smaller chunks of change.

Assholes who forgot to pay their parking tickets and decided to skip bail.

I peruse the link that Izzy sent, reclining in the seat of the white Toyota Prius I’m renting.

I’m parked across the street from a massive estate in the heart of San Leandro, California. The place is impressive, with its soaring white pillars and a front lawn straight out of Better Homes and Gardens.

Geometric topiary lines the edge of the property, in addition to a low brick wall.

Shockingly tasteful for a man who deals in guns and narcotics.

I’ve heard of the Toltecs before. Anyone who lives in the Bay Area knows about these guys.

They showed up in San Leandro a few years back.

A bunch of dudes on Harleys from Mexico City, with guns strapped to their backs and cash pouring out of their pockets.

This guy, this Pasado character, is not somebody to fuck with.

He’ll be heavily armed. Nearly impossible to get alone.

And I need him alive.

I haven’t had a real challenge since back then…

Stop thinking about it, I command myself.

I sit up again, flipping down the mirror to readjust the two Japanese hairpin blades sticking out from my sleek, black ponytail. Keepsakes from my past.

My skin is paler than usual, making my green eyes look like they’re popping out of my skull.

I usually do most of my work at night. Always have.

Today is an exception—this guy is too dangerous to tail after nightfall.

As I trace the sleek silver of the hairpin blade, I accidentally prick my finger.

A tiny drop of blood springs from the tip.

I stare at it, lost in thought.

Thinking about how much blood I’ve spilled with these knives.

Thinking about everything they’ve seen.

I grit my teeth, pushing the dark thoughts from my brain.

And that’s when I see him.

He pulls his Harley into the end of the driveway, flanked by another Toltec biker, and they both dismount.

He’s handsome in a kind of grimy way.

Dark features. A few colorful neck tattoos sticking out from his leather jacket.

I can tell just from a glance that this guy is a total scumbag.

I watch him walk up the driveway toward his house, followed by his toady.

I can’t believe how lucky I am.

While Pasado might not be completely alone, this is the closest I’ll get.

As I start to get out of my car, I stop suddenly, watching a guy on a Harley pull over to the side of the road ahead of me.

Something in my gut tells me to wait.

I watch an impossibly tall man climb off of the bike and my breath catches.

This guy is ripped!

He wears black boots, black jeans, and a tight-fitting T-shirt, which clings to every contour of his statuesque body.

His long, dark hair is tousled in a deeply intoxicating way.

Oh my God…did my nipples just get hard?

As the man turns to look over at Pasado’s house, I sink low in my seat, glimpsing a sexy beard that matches the unruly mane.

I know all too well that when my marks are being followed, it’s either by the feds or a rival gang.

And he definitely doesn’t look like a federal agent.

The man cautiously crosses the street with his eyes glued to the house, and I notice suddenly that there’s something in his hand.

He approaches the edge of the property, looking between the hedges and over the wall to see if the coast is clear.

What is he doing?

A feeling of dread is slowly starting to form in the pit of my stomach.

Pasado emerges from the house, his back turned. I turn to the bearded guy, watching him freeze and deliberate.

And then he’s racing from the cover of the wall, crouching below the hedges, and approaching Pasado’s bike.

He carefully attaches the black box to the back tire of the bike, tinkering with some sort of mechanism on it.

What is that thing?

And that’s when it dawns on me…

He’s trying to kill my bounty!

I hurl myself from my car just as he turns to make a break for it.

I don’t care that this guy looks like he could rip me in two with his little finger.

I don’t care that he’ll see me.

As much as it pains me to save the life of a piece of shit like Pasado, nothing’s standing in the way of my bounty.

Not even this sexy-as-hell man in black…

Before I have time to process my next move, I’m racing across the street at lightning speed, past the hulking guy with dark hair who just made my day a thousand times harder.

He stiffens when he catches sight of me, his eyes widening in surprise as I pass.

And then his massive hand latches onto my wrist, yanking me back.

Stumbling backward, I spin to face him, just barely keeping my balance.

He twirls me into his chest, wrapping another massive arm around me and pulling me into a bear hug.

“Fucking…hell!” I shift my weight, attempting to slip out of his hold. He has me pinned.

And that’s when I notice it.

This strange current that seems to flow from his touch, leaving goosebumps in its wake.

I can feel them springing up across the back of my neck, my arms, my chest, my…

Craning upward, I dive head-first into his sea-green eyes, which stare at me with fascination.

As much as I want to, I can’t stop the next thought which pops into my head.

Like some sort of god, every inch of him carved out of marble. Those broad shoulders, those arms…which are covered in some rune-like tattoos.

One in particular on his forearm stands out:

And below it, the head of a wolf, its teeth bared.

I rack my brain…where have I seen that symbol before?

My subduer watches me with a similar fascination, like—

Cut this shit out!

I throw an elbow into his ribs and he momentarily loosens his grip, sucking in a breath.

Slipping through his arms, I manage to free myself from his grasp, bolting away like a bat out of hell.

I don’t even bother to glance over my shoulder. There’s no time to lose.

Pasado and his man are at the edge of the driveway now, about to round the gate and come out onto the sidewalk.

As they catch sight of me, I watch Pasado’s guy reach for the pistol at his hip. But I’m faster.

“What the—” Pasado cries out as I dive head-first into him, knocking him backward, just as the bomb detonates behind me.

My ears are ringing like crazy. Feeling my head spin, I peel my eyes open and sit up slowly.

I blink a few times, trying to bring everything into focus.

Debris is scattered all around us. One of the bikes is on fire. The other’s completely destroyed.

I glance down at my bounty.

Pasado lies beneath me, completely limp, like a rag doll.

Checking his pulse, I heave a sigh of relief and fall back onto my elbows.

Probably knocked out from hitting his head against the pavement.

Surveying the scene, it looks like his buddy wasn’t so lucky…

As the shrill tone in my ears subsides, it’s replaced by something else. A wailing noise that sounds like it’s miles away. Hard to make out.

But with each passing moment, the sound grows clearer.

Police sirens—lots of them, from the sound of it—getting closer with every second.

They’ll probably shoot me on sight, no questions asked.

Or frame me for this botched assassination attempt.

I gulp, my eyes flying back down to Pasado’s limp form.

How am I gonna lug his ass to the car all alone?

Maybe if I had more than thirty seconds…

I’ll have to get Pasado later.

But it’s going to be harder now…

Now that the fucking RoT—whoever they are—just alerted the Toltecs to the target on Pasado’s head.

If I thought he was difficult to access before…

I’ve never fucked up on a job before.

It was his fault.

The man in black.

I’m fuming—desperate to know who he is.

Without another play, I pull myself to my feet and make a break for my car.

If I ever see him again, I’ll slit his fucking throat.

Right after he plays with my—

The second bike explodes behind me.

I clamber into my Prius, putting it into drive just as a fleet of cops turn onto the other end of the street.

As I pull away, glancing in the rearview mirror at the fucking mess behind me, all I can think about are those sea-green eyes…

And the RoT tattoo.

I would give anything to know what it stands for…

To know when I can see him again.