Fresh out of college, journalist Athena wants nothing more than to start her life and career the right way: by landing that perfect job and making a name for herself. The last thing she expected was to be going on tour with the world’s hottest—and I mean HOTTEST—rock star, Axel Anderson. Now Athena has to reevaluate her plans and decide if she’s willing to throw it all away for a chance to have her world rocked. 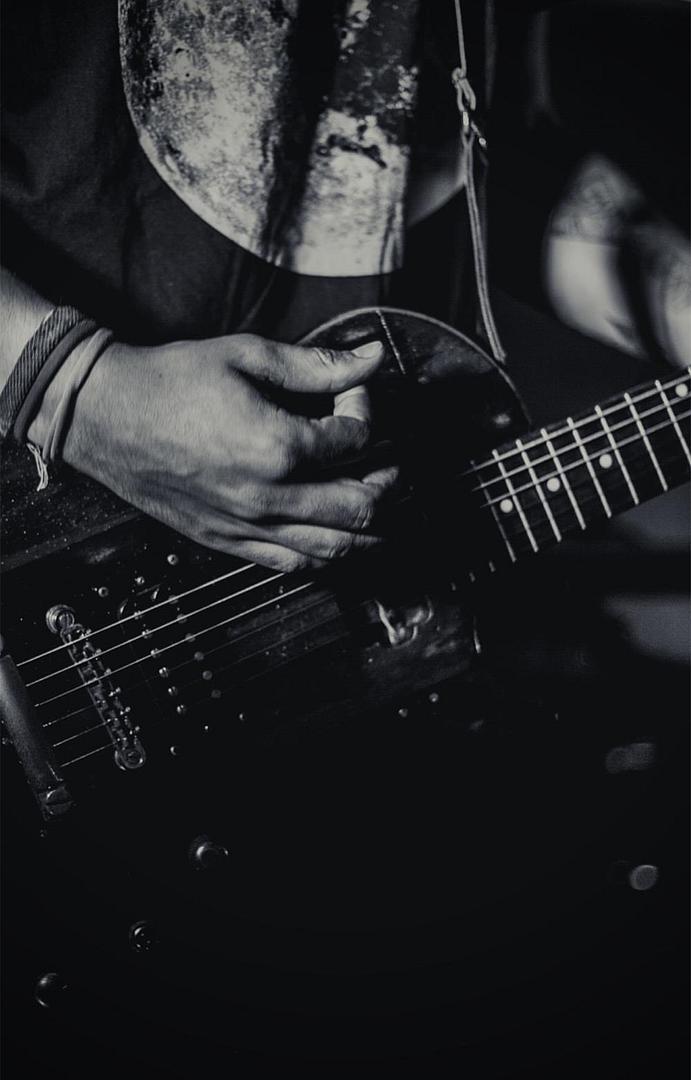 Fresh out of college, journalist Athena wants nothing more than to start her life and career the right way: by landing that perfect job and making a name for herself. The last thing she expected was to be going on tour with the world’s hottest—and I mean HOTTEST—rock star, Axel Anderson. Now Athena has to reevaluate her plans and decide if she’s willing to throw it all away for a chance to have her world rocked.

“Athena Brown.” The announcer called me to the stage.

After four long hard years, I was finally walking the stage with my degree in journalism. I walk up and accept my degree from the dean and he gives me a handshake.

I go back to sit next to my best friend Ella Brooks.

“We did it!” she shouted to me with a huge grin on her face.

Ella has been with me since we were freshmen roommates and we later got our apartment together during junior year. She got her degree in art and graphic design.

After the last names were called. We all threw our caps up and left the school for good.

“We are going out tonight,” she shouted, as we walked in the front door of our apartment.

I shake my head. “We have to work tomorrow.”

We both work at Mindspark, the new up and coming magazine. I write the articles and Ella works with the design team.

After being offered an internship there during junior year, I decided to stay with the magazine and I hope to one day be editor-in-chief.

She rolled her eyes. “You’re such a buzzkill. We just graduated for god’s sake!”

“That doesn’t mean we can just slack on our responsibilities.”

“But I got us tickets to see Axel Anderson !” she said excitedly.

“Who is Axel Anderson?”

Her mouth drops open. “You don’t know who Axel Anderson is!?” she screamed.

“How are we even friends?” she asked, still looking shocked.

“We became roommates for one year and you just never went away.”

She did a fake laugh while she pulled out her phone. “You’re hilarious. Consider yourself blessed to have me as a best friend.” She handed me her phone.

I looked at it and saw a picture of a very good looking guy. I mean drop dead gorgeous. He has blonde hair, sea blue eyes, lots of tattoos that cover his entire arms and chest.

In the picture, he’s looking to be singing his heart out on stage.

I handed her back her phone. “So?”

“So!” she snatches the phone. “He’s the biggest star right now. He and his band are going on tour and one of their shows is here in San Francisco.”

“Well, enjoy the show.” I try to walk off but she grabs my arm.

“Oh, no no no.” she begins. “You and I are going to that show right after our graduation dinner.”

I groan. I didn’t even want to go to this graduation dinner that some of our friends planned and now she wanted to drag me to a concert? I was hungry but the pizza was only a phone call away.

“Because you’re my best friend and you need to get out more. You’re twenty-two years old and my grandmother gets out more than you.”

I scoffed. “I’ll have you know, I get out plenty.”

She crosses her arms. “Oh yeah? Name the last party you’ve been to.”

I was about to name one but she interrupted me.

“Without me dragging you,” she added.

I was quiet. Going to a concert when all I wanted to do was to curl up in my bed and watch Riverdale. I wasn’t much for going out and like right now, Ella is the one dragging me to do crazy things.

“Exactly,” she said, taking my silence as an answer. “You need to start being more adventurous.”

Maybe she was right. I did need to get out and do more.

She squealed. “You may even get a good lay. Because you sure need one.”

“Let’s not talk about my sexual life please?” I begged.

“When was the last time? Greg?”

I wanted to throw up just hearing that name. Greg was my ex-boyfriend who dumped me on our anniversary three months ago for a girl that worked in my department.

Greg works in accounting and I always loved him for his brains but I guess my two years of commitment didn’t mean squat compared to Brittany who has double Ds.

It did hurt whenever I saw the two of them together and Brittany had no problem throwing it in my face.

I nodded my head. No point in lying.

She sighed. “Sorry, babes. I didn’t mean to bring him up but you need to get out there and meet someone new.”

Even though I gave her another head nod. My heart still aches a bit. I put two years into that relationship and the one time Brittany even looked his way he instantly left me for her.

I took a deep breath and gave her what I hoped was a convincing enough simile.

“Attagirl.” she smacked my butt. “Now, let’s go get ready,” she added and raced to her room.

I slipped on a simple violet dress that goes above the knee with white strappy heels. I’m standing in front of the mirror. The dress shows all my curves that I was blessed with from my mom.

I have dark brown skin, big brown eyes, and long black hair. My hair is curled to perfection and I made sure to only put on some lip gloss since I’m not a big fan of makeup.

“Ready?” Ella asked while leaning against my door.

Her long curly brown hair is up in a bun and the white crop top with a red floral skirt she’s wearing goes with her light brown skin tone.

Ten minutes later the uber arrives and we get in.

We arrive in front of the restaurant and walk in to see our friends. Mark, Isabella, Casey, and April. They’re already sitting at a table and waving us over.

“Hey, guys.” I greet them and take a seat next to Casey who hugs me.

“Hell yeah! I say we get drunk off our asses.” Mark rejoiced.

Everybody but me agrees but of course, Ella doesn’t let that slide and I end up drinking. Drinking meant that I got bolder and that wasn’t good for anyone.

After dinner and about six glasses of wine. We all walked out of the restaurant drunk and loud. Ella orders another uber for us and Mark orders for the rest of the group.

“Bye, everyone!” Ella yells out the window from the uber.

I laugh and push her back in the car.

“Are you excited?” she asked.

She groans. “The concert stupid.”

I forgot all about it and suddenly became excited about it. It was the alcohol running through my veins.

“Hell yeah!” I shout which catches the attention of the driver and he narrows his eyes at me through the rear view mirror. I mutter an apology.

“That's the spirit!” Ella yelled not caring about the driver groaning from the noise.

We arrive at the concert and I see a line of people waiting to be let in. I got out of the car before Ella.

There’s a big sign of the rockstar Axel Anderson and his band. Smoked Out Is their name and I cringe. How could they have such a terrible name and be famous?

I guess society doesn’t care about taste anymore. On the poster is Axel himself in the front, another guy and two girls in the poster. They are all dressed in black and red and both men are shirtless.

“That’s only one star for you buddy.” I turn to see Ella slam the driver’s door and he drives off.

“Why only one star?” I asked while we walked to the back of the line.

She shrugs. “He got mad because we yelled.”

I shook my head and chose to not even continue the conversation.

We waited in line for about thirty minutes before we finally made it to the front and Ella handed the big bald guy our tickets and we went in.

The stadium is filled with people and I hate how we’re being pushed as we try to make our way to our section.

We’re standing in the middle and a young guy comes out and starts performing a song which is loud and something I wasn’t into.

The crowd is cheering and having a good time and I look over to see Ella cheering too.

She jumps a little. “Sam Wesley, he’s always opening for them,” she answered.

Even though the music wasn’t for me. He is a good performer, he has the crowd hyped and I figure that’s his job. From what I can see he’s kinda cute.

Dark brown hair, tattoos I can see coming out of the white shirt he’s wearing. His voice is beautiful and if he sang pop songs like I was into I would listen.

After he sang two songs, he announced the band is coming out and to that, the crowd started to scream so loud I held my ears.

I look around and see that even more people that come in and the entire stadium is filled.

The band comes out and I can’t help but be drawn to Axel Anderson who starts to yell into the microphone.

“Are you ready!” he yelled to the crowd which caused a lot of ‘hell yeah’

Ella is cheering and I start cheering too. They start performing and I like the music. It’s not super loud and still gives you that rock and roll feel.

Axel is singing his heart out while the rest of his band play instruments and sometimes join in on one a lyric or two.

My body starts moving to the music and before I know it Ella and I are dancing our hearts out.

After what I believe was about ten songs and I weirdly wanted them to keep going. The band says there goodbyes and walks off the stage.

“Come on!” I hear Ella yell and she grabs my hand, dragging me towards the exit.

We get outside and I breathe in the cool air. I’ve sobered up a little bit but I still wanted the night to keep going and I share my thoughts with Ella and suggest a club.

She looks shocked. “You? Athena Brown. Don’t want the night to end.” she sounds truly bewildered.

“Yeah! I kinda have all this energy.”

She smiles and looks around and a grin I know all too well spreads across her face. She was about to do something crazy and drag me with her.

She grabs my hand again and pulls me around the building where I start to see a door that reads BACKSTAGE. I rip my hand away and she turns around.

She rolls her eyes. “You said you didn’t want the night to end right?”

“But nothing. Do something crazy for once. Take a little risk.” she pleads.

I think for a moment. I mean what was the worst that could happen? I must be still a little drunk because I confidently walk towards the door and start to turn the knob.

It’s time to have a little fun.