When you find yourself trapped within the walls of Mills Mental Institution, be careful. It doesn't matter if you're a patient or simply a visitor. You will lose your mind. Those who stay here never return to who they once were. When so many have failed before, will seventeen-year-old Ryder survive this hellhole? 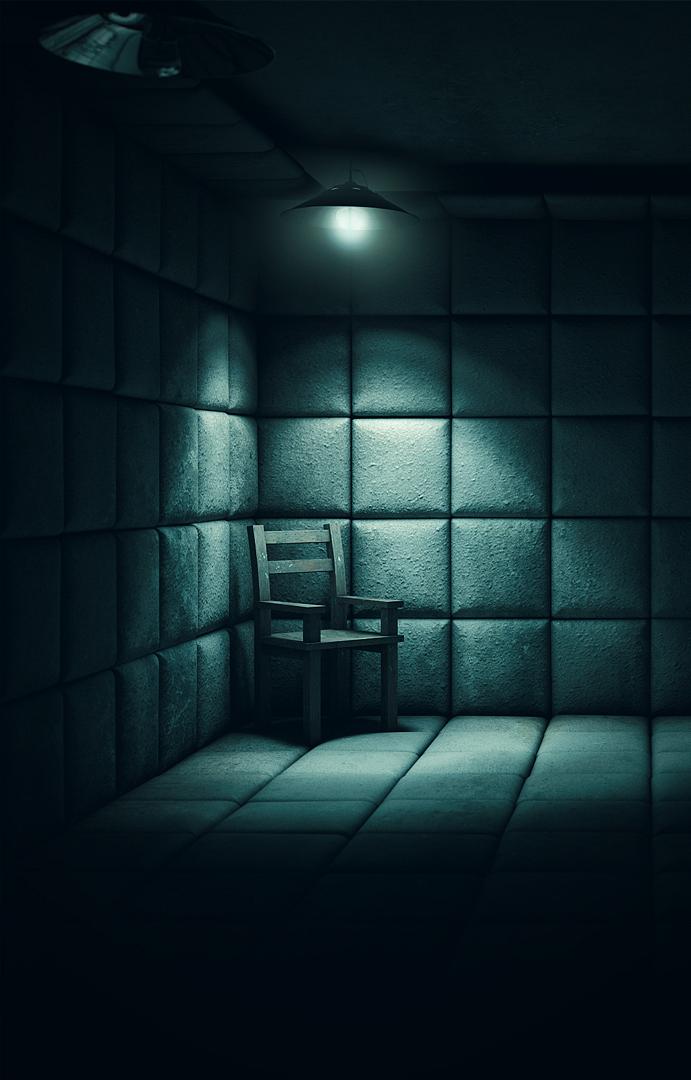 When you find yourself trapped within the walls of Mills Mental Institution, be careful. It doesn't matter if you're a patient or simply a visitor. You will lose your mind. Those who stay here never return to who they once were. When so many have failed before, will seventeen-year-old Ryder survive this hellhole?

1: I Would Like to Check My Daughter into Your Institution

The dry, blank gray walls stared at me as I stared back. The sound of the analog clock on the wall was all I could hear besides the sound of my irrational mother tapping her foot on the floor.

17-years-old and my mother wants to throw me away like a candy wrapper because she claims I have schizophrenia, whatever that is. Apparently it runs through the family but I have never had any symptom of whatever it is.

Sometimes I wonder if my mother is the delusional one.

An older woman walked into the room. Her dead eyes looked from her clipboard to me sitting in my seat with my arms crossed. The old woman wore a pencil skirt black dress with her gray hair tied in a tight bun.

Her black heels told me that she was a higher up in this dump; she must’ve been some sort of fancy secretary or something.

The woman sat at her desk, dropped her clipboard on said desk, pulled out a few papers onto her desk and stared at me and my mother. “How can I help you?” Her voice was so stern.

My mother sat up in her chair. “I would like to check my daughter into your institution. She has schizophrenia and I’ve waited years to help her get on the right track,” my mother spoke.

“Our family has a history of schizophrenia and I don’t want her to get help when she’s already long gone.” Long gone? What does that even mean? I rolled my eyes and sighed in annoyance.

Mother has never tested me for any mental illness before so how can she claim I have an illness? Let alone check me in somewhere and lock me away, stealing my freedom from me.

The woman began writing a few things on the paper as the ticking of the clock rolled on. The room was silent besides the sound of the clock and the scribbling of the pen.

“What’s your daughter’s name and age?” The woman continued to write, not even looking up at either of us.

“And she’s not mentally unstable,” I spat.

My mother looked at me with disbelief. “Ryder I’m your mother. Do you not have faith in me that this is for your own good?” The tone of her scratchy voice made my ears bleed.

The wretched stench of hairspray was more obvious the more my mother moved her head and shook it in disbelief at me. It’s amazing how this old bat still has hair with how much product she uses.

She continued, “Our family has a history of schizophrenia and you think I’m going to let you suffer? I’m a good parent, you know.”

I rolled my eyes. “What kind of good parent throws their kid away before getting them tested?”

Mother brought her face closer to mine and spoke between gritted teeth.

“This is for your own good, got it? Once you start losing your goddamn mind, you’ll see. I’ve seen people in our family deal with this. I’m not doing it again.”

Mother turned back to the old woman who was staring at us, no emotion detected on her face.

I don’t even know anyone in our family besides my mother. I’ve never even met my

He’d probably be a better parent than her.

The old woman shifted her cold eyes to me. She began to speak.

“Miss Bends, do you understand that you will be following Mills Mental Institution’s rules and regulations and disobeying any rule or regulation will result in you being punished?” I nodded my head.

She continued, “Our building has been around since the 60’s and our policies have not changed since then. We expect the best out of our patients.”

The woman signaled me to stand up. The woman then turned to my mother and handed her the clipboard.

“Please sign here to understand we will be taking full care and responsibility for your daughter. Visitation hours are every week on Wednesdays at two in the afternoon and you’re welcome to visit her.

“Other than that, she will be under our care.”

My mother signed the paperwork and handed it back to the woman. I stared at my mother but she didn’t even glance at me. Mother spoke to the old woman.

“Thank you for taking care of my daughter.” The smile on her face felt so fake it made me sick.

The old woman walked to the door as I remained standing in my spot. She looked at me. “Stay here while I grab your guard.” With that, she left the room.

I turned to my mother. She still wouldn’t look at me for some reason. I began to speak, “You’re throwing away your own daughter on baseless claims. What kind of mother does that?” I scoffed.

“I bet dad wouldn’t do this to me if he were in my life.”

I saw my mother tense up at the mention of my father; her hands rolled up into little fists. Mother turned to me with a stern look in her eyes.

“You don’t know him like I do. He was a sick, sick man Ryder.” She spoke through gritted teeth once again.

Before I could speak another word, the old woman returned with a tall male in white scrubs. The male held a blue jumpsuit and black boots in his hand.

The woman began to speak once more, “This is your guard Deral. He will be assisting you to therapy sessions, lunch, your room, and so on. He will be taking you to your room now.”

I looked at my mother one last time before walking off with this mysterious man who claims to be Deral. Mother had shifted her eyes back to the ground once more, not looking at me.

I left the small office and walked down the old, barren halls with Deral. The hallways felt so old and worn down. When that old woman said this building is from the 60’s, she really meant it.

I was led down a dimly lit hallway with a series of doors on each side. All the doors had small caged windows on them. Some doors had patients behind them, some screaming or crying or laughing as I walked by.

Some patients even cat called out to me, calling me sweetie or cutie. I quickly moved my eyes to the ground to push out anything that was being yelled out to me.

As angry and apprehensive as I was when I was first admitted a few minutes earlier, those feelings all fizzled out by the time I was led down this hallway.

I began to feel uneasy and a little bit scared. These people were unstable and I don’t know what anyone was dealing with.

This was like being the new student but ten times worse. I was alone in this old, dusty building full of people who I’ve never had experience with. I don’t know how to cope…

Deral stopped in front of a door and I stopped with him.

He pulled out a key from his pocket and unlocked the steel door and pushed it open. In the room was a singular bed with an analog clock on the left wall.

There was also a singular LED light on the ceiling. It appeared to be old and dying out.

Deral handed me the clothing and shoes and told me to get changed and to hand me the clothes I was currently wearing.

I didn’t say anything; I walked into the room. Deral pulled the door shut and stood in front of the door to block the window.

Even with the guard on the outside of the room, the inside felt so lonely and eerie. I felt so small and defenseless in such a horrible place.

At closer examination, the blue jumpsuit had ‘Mills Mental Institution’ written on the back, basically labeling me as a product of this horror story of a building.

I also noticed the boots had velcro on them instead of laces. I wonder why that is…

I got changed and sat on the bed in the room. I quietly placed my old clothes and shoes on the bed beside me and looked down to the hands in my lap.

I twiddled my thumbs until Deral noticed I was finished with changing. He opened the heavy door and walked in, collecting my clothing.

“I’ll be back to tell you the rules. Don’t move.” His deep voice echoed through the small room.

I didn’t respond; I kept my eyes looking down as Deral walked back out and closed the heavy door once again.

I couldn’t understand how I felt; I was upset with my mother putting me in this situation but I was also fearful as to what was coming for me. I was alone in a mental hospital.

This hospital didn’t even do a proper background check to see if I was actually sick or not.

This place is old but I didn’t think it still stood by the rule where if someone cries wolf about a mental illness that they’ll take any random person in.

I’m a 17 year old stuck in a mental hospital with a baseless case of schizophrenia.

I was scared and alone in a new environment that I knew nothing about.

This was a new hell I didn’t sign up to discover.