Gennifer is hoping for all positive things in her new life as a freshman in high school: kind and accepting friends, exciting classes… and yes, romance has definitely been heavy on her mind. However, she gets a lot more than that once a series of strange, supernatural things occur at her school and some classmates go missing, compelling her to solve that case. Meanwhile, she is suspicious of her teacher, who may have played a role in the disappearances. 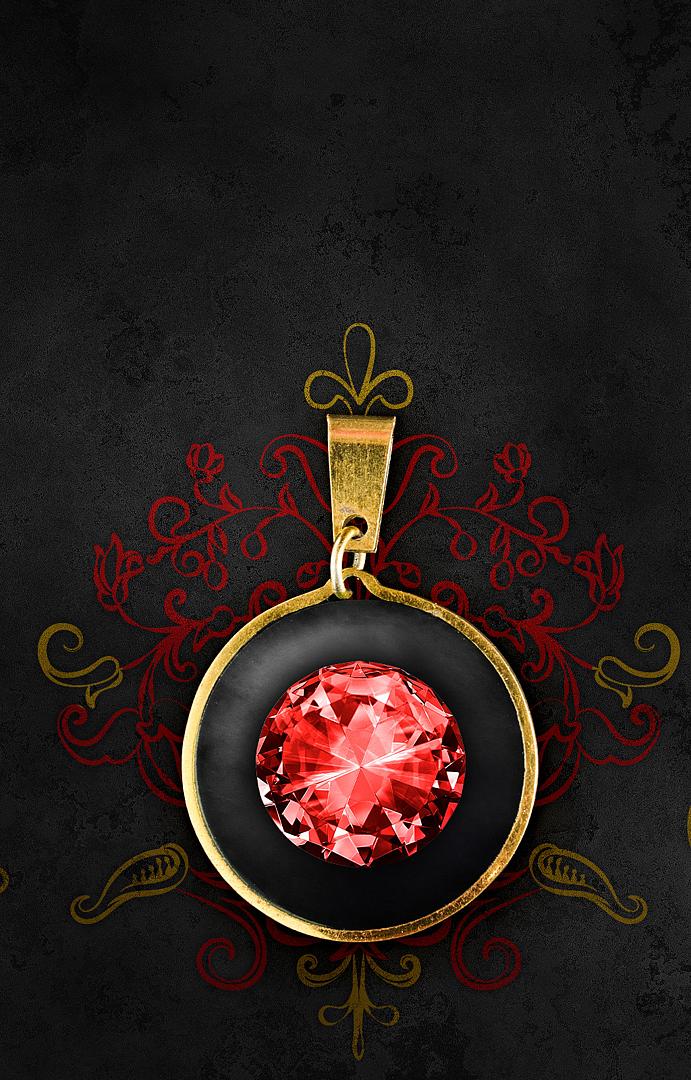 Gennifer is hoping for all positive things in her new life as a freshman in high school: kind and accepting friends, exciting classes… and yes, romance has definitely been heavy on her mind. However, she gets a lot more than that once a series of strange, supernatural things occur at her school and some classmates go missing, compelling her to solve that case. Meanwhile, she is suspicious of her teacher, who may have played a role in the disappearances.

Friar Barn decayed in the center of the ten-acre lot, awaiting a new owner who would never arrive.

A stupid rumor went around that the land was cursed after Farmer Friar had passed away on its hot, dry straw.

However, that didn’t stop the annual summer gathering of new high school seniors from congregating there.

No one seemed to care or notice since the barn was in the middle of nowhere, and the convention only took place at night every August first.

Besides, the countryside of Hays, Kansas, stretched out in a flat line like the screen of a heart monitor connected to someone recently pronounced dead.

Only an occasional lump of hay poked up to disrupt the leveled terrain. It was an unremarkable place where unremarkable things happened.

Katie’s 2003 Acura rumbled over the dirt road leading up to the old, rustic building dimly lit by the fire pit constructed by past seniors.

Her AC was broken, leaving us no choice other than to keep the windows down. It was better to have sticky, hot air than no air at all.

A new pop song muffled through the old speakers, which Katie quietly hummed to, dismissing my presence in the vehicle. We hadn’t talked the entire ride, but that was normal.

Katie parked by the other cars. She unbuckled her seatbelt, but before getting out, she turned to me very seriously, her brown eyes matching her smoky eyeshadow.

“Don’t embarrass me,” she said bluntly. “You’re too young to even be here, but since Mom and Dad think we’re visiting cousin Laura…,” she sighed.

“…Why couldn’t I have thought of something more clever, like a summer reading project? Just anything where Mom and Dad wouldn’t think you’d need me involved.”

“I mean, technically, we are visiting Laura,” I replied with no consideration to her argument.

She rolled her eyes. “You know what I mean.”

I nodded, paused, then replied, “Sorry.”

I really wanted to impress Katie. A healthy relationship was all I ever wanted with my sister. Since we would soon be in high school together, I was determined to win her approval.

She drew her face closer to mine, glaring with authority. “And under no circumstances do you talk with Peter. I don’t want you scaring him away with your awkward conversations about me, okay?”

“How will I even know who Peter is?” I inquired.

With agitation, she clarified, “I will point him out to you when we’re inside. And take off your jacket; you look like an emo.” She got out of the car.

Blushing, I followed. I was wearing one of Katie’s old dresses.

The white flowy fabric with pink flowers looked tacky under my brown, lumpy zip-up hoodie, but the bust was too revealing for me, and all my clothes were in the laundry.

I had hoped that my black military boots would scale out the gracelessness of the outfit, but apparently not.

Inside the barn, the smell of smoke intensified along with generic pop music. The lit fire pit illuminated everyone, casting quivering teenage shadows against the rotting wood.

Some kids sat around the hearth, sipping beers. Others had slipped away into dark corners for intimacy. Some swarmed my sister, welcoming her with smiles and appreciation of her existence.

As she was swept away by her mob of friends, Katie glanced at me and extended her finger outward, mouthing, “Peter.”

I followed her pointed direction, noticing a tallish, handsome boy with blond hair, jeans, and a tight shirt exaggerating his youthful muscles.

I nodded at Katie to affirm that I understood, and from there on, I fended for myself.

Actually being there, I didn’t understand why I had been so insistent on going. No one paid attention to me because no one knew me. I was fresh out of middle school and about to start freshman year.

However, my curiosities typically brought me places I ended up wishing I never went.

Like a lost child, I shuffled my way around partying seniors, not comprehending how they found their activities to be an entertaining pastime.

The smoke from the fire drifted my way, stinging my eyes. I coughed and scurried by faster to avoid the discomfort, then sighed, realizing I had grown warmer in the hoodie.

My hair wasn’t making the situation any better as the long, thick, dark waves, frizzy from the humidity, hung heavily from my head.

There were some abandoned crates at the far end of the barn, so I headed toward them.

Carefully, I stepped onto one of the wooden frames to be sure it could handle my weight, then sat on top of one, observing the crowd of teenagers that made me feel even more lonely.

My eyes caught Katie as a distraction. She easily flipped on her nice switch, giggling and gossiping like the stereotypical popular girl who hid her fakeness underneath all that charm.

It astounded me how different we were.

“Hey, whatcha doing all by yourself?”

A boy’s voice disrupted my surveillance, though my stomach dropped three stories once he had my attention.

I blurted out my immediate thought. “Go away.”

He raised his handsome brow at me dubiously.

I blushed and then stuttered, “I—I’m so sorry. I didn’t mean it like that. I just want to be alone.”

Nicely done, Gen. Now go away, Peter, before my sister turns into Mr. Hyde and devours me.

Peter offered a crooked smile, responding, “If you wanted to be alone, why come here?”

He climbed the crates to join me. As I desperately contemplated my protest, he sat next to me before continuing. “I’m Peter Farris. What’s your name?”

“Gennifer who?” he teased.

I wanted to sink into non-existence. With my concentration glued to Katie, I muttered, “Marshel.”

“Are you related to Katie and Laura Marshel?” he went on curiously.

How could I shoo him away without being rude?

I responded, “Laura is my cousin, and Katie is my sister.”

“Cool. Will you be a freshman this year?”

Taken aback, I broke my gaze from my ignorant and strangely flamboyant sister to face Peter again. He looked calm and collected, as if flirting was a normal hobby of his.

I must have been giving him a strange look, because he chuckled, amused.

“Yeah, you are,” he disagreed.

I searched his expression for sincerity. However, I grew embarrassed and looked away.

“You gotta be hot in that jacket,” he said.

I was about to rebut his statement, but he boldly grabbed the zipper and pulled it down to reveal my torso.

I flinched, flabbergasted by the audaciousness. He wasn’t looking at me, though; he was focused on the roundness of my pale breasts that bulged at the bust of Katie’s old dress.

With a suggestive heaviness over his eyelids, he looked back at me, saying, “That must feel better.”

Unsure what to reply, I just nodded, but I was very uncomfortable.

He rested his hand on the top of my leg and said, “You have beautiful green eyes.”

I wasn’t sure whether to muster a thank you or to not reply, so I tried ignoring him while questing for an escape.

“You wanna make out?”

He bent in to kiss me, but I pulled away, which he laughed softly at.

“It’s okay.” His hand moved up my thigh. He leaned in again.

My pulse raged in my ears as I pushed my shaky arms against him, but he insisted, shoving his hand further up my leg while securing his other around me to ensure I couldn’t escape.

I had never been advanced on by a boy before. I never even dated or had a kiss or anything like that, and I never thought my potential first kiss would be an aggressive one.

My fists struck his chest while I whimpered, “Stop.” He ignored me, pressing his fingers further.

The explosion occurred right as I screamed.

The sides of the barn shattered from an invisible impact, causing shards of splintered timber to scatter. Everyone cried out in horror and began to flee as the roof crumbled.

The large sparks from the pit licked the rotting wood, catching it ablaze with an audible poof. At first, I cowered from the impact. Peter leaped from the crates and bolted.

Kids who were conscious ran out or helped those who were wounded by the fallen ceiling. Katie lay on the floor, vulnerable to the spreading conflagration.

Adrenaline replaced my shock. I jumped to the ground and ran to her. A gash bled from the back of her head, soaking her hair.

I grabbed under her armpits and began pulling her out, though her body dragged heavily against the dirt, and the hot smoke infiltrating my lungs made the effort even more difficult.

Thankfully, a boy came to my aid and helped me carry her the rest of the way. A few feet from escaping the inferno, someone very strong grasped my arm and heaved me out of reach.

The boy who was helping me looked back, concerned, but my surroundings were immediately engulfed by flames. I whirled around to catch a glimpse of my abductor.

The terror of my imminent fiery doom melted away with the sight of a tall man wearing a plague mask.

He chanted something strange, the empty glass sockets of the mask catching my reflection and my burning surroundings. In his other hand dangled a chain with a black medallion.

I attempted to wrangle free from his grip, but he lifted the fist with the necklace as if to strike me, so I screamed.

A grunt of pain.