When NHL superstar Briggs Westinghouse sees Layla in the hospital’s neonatal ward, doting on his triplets, he can’t help but feel an instant attraction to her. He knows he can’t leave her vulnerable and alone. The right thing to do is offer her a safe place to stay and a job as the nanny for his children. Briggs knows the situation is sinfully tempting, but Layla might be too hard to resist. 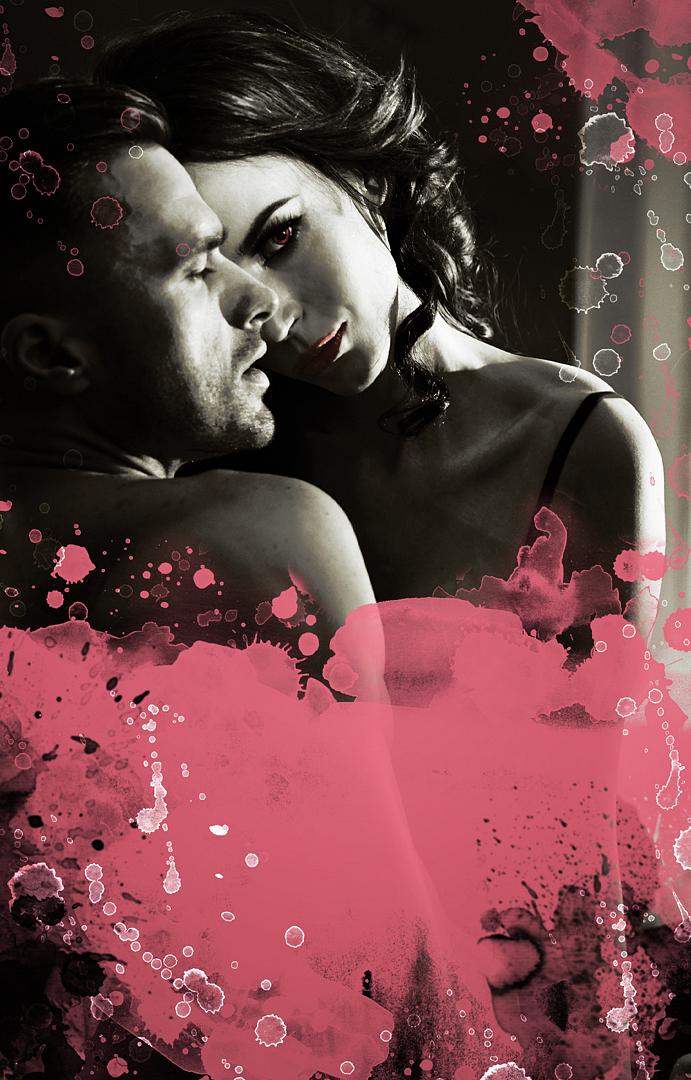 When NHL superstar Briggs Westinghouse sees Layla in the hospital’s neonatal ward, doting on his triplets, he can’t help but feel an instant attraction to her. He knows he can’t leave her vulnerable and alone. The right thing to do is offer her a safe place to stay and a job as the nanny for his children. Briggs knows the situation is sinfully tempting, but Layla might be too hard to resist.

I gazed longingly out the window at the hoards of people rushing down University Avenue in the heart of downtown Toronto. What was it like to have that kind of freedom and anonymity?

It had been so long since I could walk down the street without being mobbed by fans.

The price of fame is high. Don’t get me wrong. I wasn’t ungrateful for everything I had. I just found myself yearning for some normalcy in my life.

I was drafted into the NHL at eighteen. As the first-round draft pick, all eyes were on me. And I delivered, rising to the top and smashing records my first season in the league.

My twenties are a blur of parties and puck bunnies.

Looking back, I have no idea how I made it to thirty without contracting a sexually transmitted infection, dying of alcohol poisoning, or producing a slew of offspring across North America.

I learned my lesson early on about putting on my own condom and making sure that fucker stayed in place. My second year in the league, I won my first Stanley Cup Championship.

The party was an epic all-nighter. I was drunk and stoned when a devious bunny whisked me into a bathroom and sucked my dick into a rock-hard state before I even realized what was happening.

My first mistake was using a condom from her purse. The second was letting her put it on. My daughter was conceived on the counter in a bar bathroom.

“Yeah?” I stared up at my bodyguard as he held my door open, waiting for me to climb out.

“Ready as I’ll ever be,” I muttered. I pulled the beak of my ball cap down over my face and slid across the seat toward the open door.

We were parked behind Mount Sinai Hospitalin a restricted area closed off to the public. That was the story of my life. I never used main entrances like a normal person.

I followed Vlad down a long corridor, our heavy footsteps echoing off the cement floor. He was the only person I’d ever met, who was taller than me.

At six feet, eight inches tall, my Russian bodyguard had two inches on me. Vlad had been with me for ten years, and I trusted him with my life.

A security guard escorted us onto a private elevator and pressed the button for the seventeenth floor.

We rode up in silence, my heart pounding rapidly against my rib cage when the car came to a stop and the doors slid open.

He swiped his badge and pushed open the door leading onto the unit. I sucked in a big gulp of air, my eyes landing on the blue sign on the wall.

This was really happening.

I was the father of triplets.

I just retired after twenty years in the National Hockey League. While I hadn’t decided for sure what I wanted to do next, raising three boys on my own definitely wasn’t my first choice.

But if I didn’t step in, my kids would go into the foster care system. I couldn’t let that happen to my own flesh and blood.

“You need to come to the desk and get an access card,” the security guard explained. “Once you do that, you can come and go freely. But any other visitors must be accompanied by you at all times.”

“There won’t be any visitors,” I stated brusquely.

The nurse at the desk glanced up, peering at me over the rim of her pink glasses. “Do you want the aunt’s access card revoked?”

“Yes,” she replied. “Miss Lucas’ sister. She’s been here every afternoon since the babies were born.”

“I want it cancelled immediately,” I said.

“Yes, sir. She’s here now. Do you want security to remove her?”

“Your babies are in a private nursery, with their own nurse, as per your instructions,” she explained as she led us down the brightly lit hallway.

We stopped in front of a large room with pink curtains drawn across the sliding glass doors.

A nurse emerged, pulling the door shut behind her before glancing up at me with an unimpressed scowl, making no effort to disguise her opinion about the situation.

“I’m Bernice,” she informed me.

She nodded, her grey bun bobbing as she pushed her glasses up on her forehead. “I’ve been caring for your boys since the day they were born.”

“Layla is saying goodbye to them. Let’s give her a few moments.”

Layla. The sister of the gold-digging whore who drugged me last summer.

I was staying at an exclusive resort with my teammates, enjoying some golf after a long season that netted me my seventh Stanley Cupring.

Shelly worked in the bar, and was privy to the information that I was coming.

In a devious scheme that still boggles my mind, she managed to get her hands on some potent fertility drugs, timing things just right so she would get pregnant.

I have no memory of that night. I woke up alone in my hotel room the next morning, thinking I had drank too much. Then she showed up at one of my games a few months later, claiming that I was the father of her triplets.

Money is very effective at loosening tongues. I hired a private investigator, and Shelly was soon arrested and charged with sexual assault.

The tabloids had a great time making fun of the poor, violated hockey player, but it ended up shining a spotlight on something that most men are embarrassed to come forward with.

“Her time is up,” I snapped, moving around the nurse.

I opened the door, stepping into a spacious room full of medical equipment. My eyes landed on the large isolette that held my sons.

The soft voice of Layla Lucas reached my ears, her words causing me to bite back my order for her to leave.

“I’m so sorry I can’t come to see you guys anymore,” she murmured. “But you’re gonna have a great life. Way better than your mom and I had. Your dad can give you everything. You’ll never be cold or hungry.”

She leaned her forehead on the front of the isolette, choked sobs erupting from her throat. “I hope this isn’t goodbye forever. Maybe someday you’ll want to know your mom. She’s not a bad person.”

I barely held in a snort at that statement. Shelly Lucas was an opportunist. She didn’t care about her kids. That was clear as mud when she took the deal without a second thought.

Layla’s thin shoulders shook beneath her purple t-shirt as she cried softly, still unaware of my presence.

Her chestnut brown hair hung straight down her back, extending beyond her tiny waist. I’d never seen a girl with hair that long before.

She jumped when I cleared my throat, whirling around with a mixture of mortification and terror on her gorgeous face.

My traitorous eyes dropped to her chest. I couldn’t help it. Any red-blooded, heterosexual man from the age of thirteen to one hundred would’ve done the exact same thing.

Heck. A lot of women would’ve been unable to resist ogling the twin mountains of heavenly flesh filling out that v neck t-shirt.

She wiped her tears away with the back of her hand. I know that because I did manage to tear my eyes away from the most amazing set of tits I’d ever seen.

And I’ve seen more than my share. Our eyes met briefly before she charged past me and disappeared down the hallway.

She ignored me and rounded the corner toward the elevators.

“You want me to go after her?” Vlad asked.

I turned back toward the isolette. Three little humans were lined up side by side, kicking their feet and making little mewing sounds.

I stared through the plastic at my kids. It was the first time I’d ever laid eyes on them. I refused to see them until the paternity test came back and the paperwork was complete.

“Would you like to hold them?” Nurse Bernice asked.

“Of course,” she replied. “But you need to wash your hands first.”

“Don’t I have to wear one of those gowns?”

“Not anymore. These guys are full term now. We’re actually going to move them into a regular crib today.”

“Yes. They’re probably going to be discharged next week. Are you ready to take them home?”

“Yes.” I hired an interior decorator to create a state-of-the-art nursery at my summer house in the Muskokas. My housekeeper went on a shopping spree, buying everything we might need for three babies.

“Definitely,” I replied with a dry chuckle. “I don’t know anything about caring for babies.”

“You’ll learn quickly,” she said, patting me on the shoulder. “Let’s get you washed up so you can start bonding with these guys. They need you.”

After I scrubbed my hands, I settled in a rocking chair. “Have you ever held a baby before?” Bernice asked when she brought me one of the babies.

At least she was being a bit friendlier than when I first arrived.

“Yes. I have a daughter. But she’s eighteen, so I’m a little rusty.” And I hardly ever saw her until she was old enough to come and stay with me in the summer. But I didn’t tell the nurse that.

I wasn’t proud of the fact that my biggest contribution to my daughter’s upbringing came from my wallet. The triplets were my second chance at fatherhood, and I vowed to be present in their lives.

“Support his head with the crook of your elbow, and his bum and hips with your hands,” she instructed as she placed my son in my arms. “Once you’re comfortable with one, you can try holding two at a time.”

I gazed down at my son’s face, startled by the familiarity. The paternity tests verified that these were my babies, but I wasn’t prepared for them to look so much like me.

An unexpected wave of emotion rolled through me. I was a father again. It would be different this time. I was the primary parent. The only parent.

I had full custody. And I had the time and the financial stability to be a kick-ass dad. Nothing else mattered now.