Siren Lane is a headstrong, independent Winter Solstice N9ne warrior. But when she is summoned by the Alpha King, she has no choice but to obey his command and submit to control...or else face certain death. 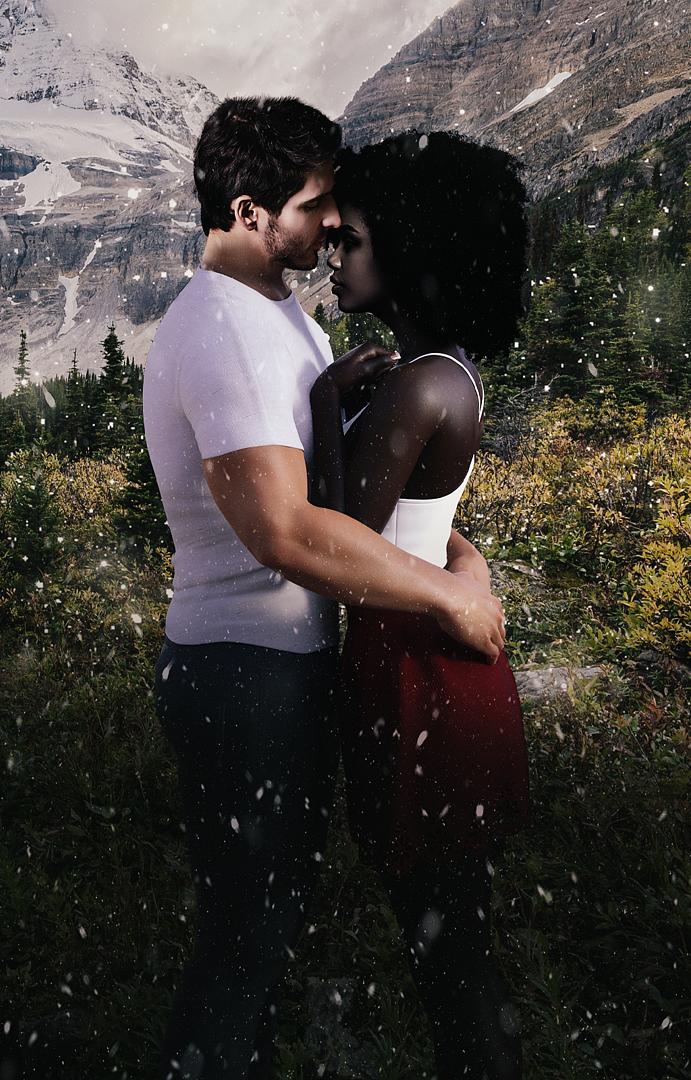 Siren Lane is a headstrong, independent Winter Solstice N9ne warrior. But when she is summoned by the Alpha King, she has no choice but to obey his command and submit to control...or else face certain death.

“You’ve been standing in the same place for the past five hours, Si.”

Siren sent an annoyed glare in Jack’s direction. He stood just inside her room door, with his arms crossed, leaning against the doorjamb.

The shirt he wore was twisted slightly around his muscled abdomen and his normally neatly kept hair was wild.

After a quick whiff, Siren turned and pushed the window open wider to clear the air of the sexual stink that clung to him.

“I’m guessing you and Bright are getting along just fine, Jack.” She returned, her voice dry from annoyance. The N9ne were specifically forbidden from participating in coitus with each other. It created bands of friction that could and would, most likely, cause a major fall out between the team.

“Just a little fun,” he explained with a quick wink. “Here and there.” A laugh escaped him and he leaned over to push his palms against his knees with a quick slap, “and everywhere else too.”

Siren turned back to fully address him, her anger seeping to the surface. “Some of us would like to make sure that this team sticks together. We have an assignment, Jack. You know what happens if we fail.”

Jack slid his index finger across his throat in a cutting motion, a sick smile gracing his full lips. Siren stared at Beta #6 with an intimate understanding of Bright’s current predicament.

Yes, Jack was gorgeous. With his dirty blonde hair, bright blue eyes and killer smile: he was every girls’ wet dream; until he opened that mouth of his.

“Are you really giving me shit, Alpha King slut?”

Siren was on him before he could react, punching Jack’s perfect jaw with only half the power she held. He slammed to the ground, knocking his head against the wall in the hallway.

A look of defiance made his lips curl back, but when he caught the murderous look in Siren’s eye - he quickly thought better of his next words.

Instead, he stood and dusted off his light blue shirt and dark wash jeans before turning to head down the hall.

A new voice was in the hallway, belonging to Beta #4, Viviana Pike. She stood just a few feet from Siren, in punching range, working her bottom lip with her sharp canines.

Viviana was the Beta surprise, with a bright shock of purple hair and pale skin - she wasn’t the typical wolf beauty.

Though her doe eyes were a staggeringly beautiful green, her nose was slightly crooked from being broken too many times and her lips too thin.

But her face was heart-shaped and free from blemish along with a killer body that Viviana constantly fought to keep.

“You told me you wouldn’t tell anyone.”

“I know and I didn’t tell a soul.” Siren growled at Viv, sending her a feral look with bright red eyes attached. “Then, please explain, how does he know?”

Viv chewed her lip again, sending Si a look of apprehension. She rolled her shoulders and stopped, looking back and forth to check if there were any bodies in the hallway.

Her step towards Siren was quiet from practice, but still graceful. Siren let her struggle with her words, taking pleasure that the other betas feared her.

“The Alpha King is looking for you.”

Siren froze, caught between excitement and brutal fear. The Alpha King was looking for her? She stared down at Viv, who was still putting serious work to her thin lips.

Disgusted when a drop of blood rained down her chin, Siren turned from Viv and her ridiculous nervous habit.

With narrowed red eyes, Siren turned back towards Viv and appraised her before asking, “looking specifically for me?”

“Then how does shit-for-brains know, Viv?” Si was speaking through clenched teeth. Her eyes flashed dangerously at her teammate and friend.

“You’re basically telling me that everyone believes I slept with the Alpha King because, as far as they know, I’m not screwing anyone else?” Siren deadpanned. “That’s the most ridiculous thing I’ve ever heard.”

“Well, you must be screwing someone then, Si.” Jacob Mabelson, Beta #2, hovered at the entrance of the hall behind Viv. His broad shoulders filled up the space, temporarily blocking the light spilling in from the next room. “You need some way to get the frustration out. I can practically feelyou chomping at the bit.”

“And who do you think I should screw, Jacob?” Siren raised an eyebrow at Jacob, mocking his careful tiptoe into business that he knew wasn’t his.

“I’m always going to say me, Si.” He motioned to himself. “All this chocolate over here is just waiting for a chance to mate with your chocolate.”

Viv joined them in their husky laugh. Everyone knew that there would never and could never be anything between Siren and Jacob, he was happily mated.

So happily, it nearly made everyone sick with loathing or wet with jealousy. For Siren, it was always the former.

“Guys,” Viv, Si and Jacob turned to face Beta #1, Frederick Kishner, who called to them. Siren noted the tired bags he wore under his hazel eyes with worry. The man never took good care of himself in her opinion. “We’ve got a problem.”

Jacob’s stepped forward, pushing Viv and Siren to one side of the hallway as he faced Frederick. He placed his hand on Frederick’s shoulder and shook him slightly, a frown crossing his handsome face. “Whatever the problem is, you know we stick together.”

Frederick chuckled, a blush burning his cheeks a deep red. “Not that type of problem.” He muttered, refusing to discuss his run in with an STD a few weeks ago. Siren had told him more than once to leave the loose humans alone - but he hadn’t listened and ended up paying the price.

“Then what is it?” Viv spoke before Siren could, confusion in her pretty eyes.

“We’ve been called back.” Siren scoffed, “enough with the cloak and dagger routine. What is the problem, Freddy-boy?”

“The Alpha King - he has ordered us to return to Raphael Manor by tomorrow night.”