Sold to the Alpha

When Autumn Blackthorne’s parents pass away, leaving a mountain of debt behind, she must quit nursing school to serve as an indentured servant to pay off their debt to the High Mountain Pack. But when Alpha Warner breaks the land treaty with the neighboring pack, King Elijah imposes a fine, and Autumn is given to him as payment. When Autumn meets King Elijah after cleaning his room, her inner wolf screams that she has met her mate, but will the alpha king ever see her as more than a maid? 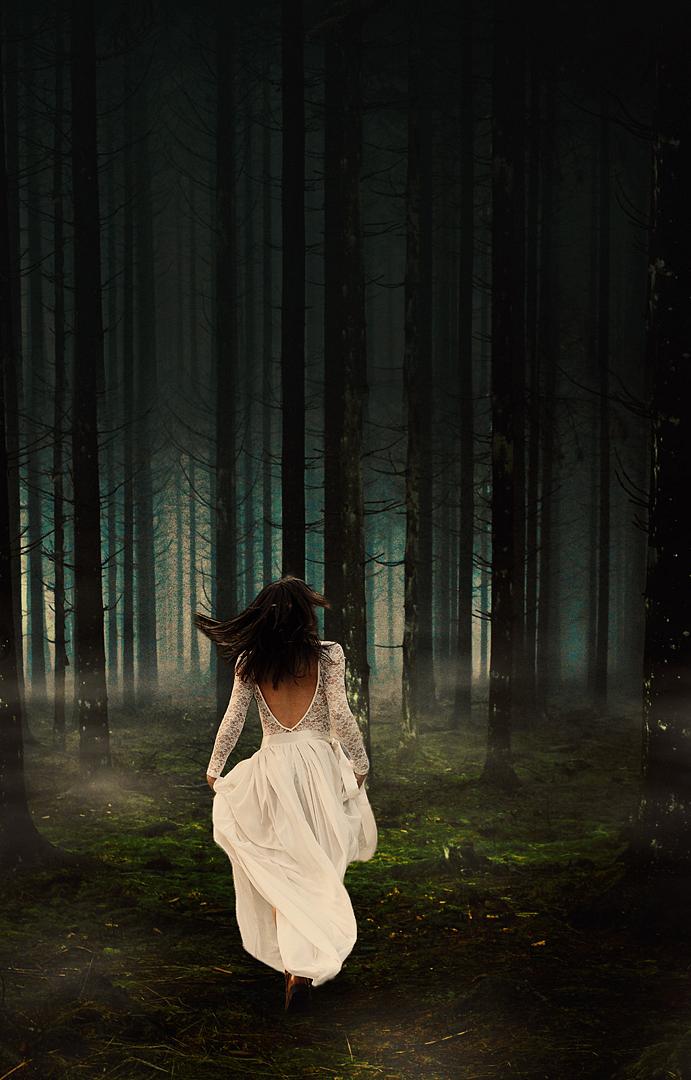 Sold to the Alpha

When Autumn Blackthorne’s parents pass away, leaving a mountain of debt behind, she must quit nursing school to serve as an indentured servant to pay off their debt to the High Mountain Pack. But when Alpha Warner breaks the land treaty with the neighboring pack, King Elijah imposes a fine, and Autumn is given to him as payment. When Autumn meets King Elijah after cleaning his room, her inner wolf screams that she has met her mate, but will the alpha king ever see her as more than a maid?

Autumn’s eyes snapped open and looked at the clock. “Crap,” she muttered as she scrambled out of bed.

She rushed around her room in search of clean clothes and everything she needed for the day.

“Nice of you to join us…,” Luna Joella said as Autumn came downstairs.

“I don’t want excuses, Autumn. Finish the pack’s breakfast, and then get on with your chores. We have a busy day today,” she said dismissively before walking out of the pack kitchen.

Autumn cooked breakfast just in time for the meal to begin. As pack members started making their way in, she gave them their plates and then proceeded to clean up the kitchen.

“What are you still doing in here?” Joella hollered as she walked back into the kitchen.

“I was just finishing up the dishes. Is there something you need?” she asked.

Joella huffed. “Here is a list of things I need done today, on top of your usual chores, of course.”

Autumn took the list from Joella and read it in disbelief. “There has to be thirty things on this list. There’s no way I’ll get this all done today.”

“Well then, you better get started, dear, because I expect it to be done,” she said with a smirk. “Oh, and rein in that attitude. It’ll get you in trouble.”

Autumn lowered her head in submission. Really, it was only because she knew if she looked her in the eyes, Joella would see the defiance and irritation in her face.

She sat at the kitchen island for a moment to figure out how she was going to get everything done.

After a few minutes, Autumn stood up and started on her chores, knowing she didn’t really have much of a choice.

Autumn had been twenty and finishing up her second year of college when her parents died. She found out then that they owed massive debts to the alpha and the pack.

She didn’t know how they got so deep, but when they died, the alpha pulled her out of school and told her she had to work off their debts.

So here she was, four years later, still cleaning the toilets and cooking every meal in the pack house.

Autumn got through most of Joella’s list before she had to stop to work on dinner. She walked into the kitchen looking a mess.

Her hair was falling out of the ponytail she’d tied it up in, and her shirt was covered in various substances.

She leaned against the counter and took a deep breath. Someday she would leave this place and would never have to do another person’s chores ever again.

She started on dinner when she suddenly heard alarm bells going off. She looked around in confusion as pack members began running around.

She followed the chaos until she was able to finally grab hold of someone. “What is going on?” Autumn asked.

“Alpha Warner defied the treaty. He just attacked the Red Moon Pack, and now they are on their way to our borders,” the girl said with panic before running off.

Autumn stood frozen to the spot. Breaking a treaty was already bad news, but breaking the treaty with Red Moon?

The treaty with Red Moon Pack had been made by the alpha king himself. Defying the king would mean the pack would be punished in a big way.

“What were you thinking, Warner?!”

Autumn turned around to see the luna stopping Alpha Warner in the hallway. She ducked behind the wall so they wouldn’t see her.

She had heard the rumors about King Elijah, and if they were all going to die, she wanted to know why.

“Joella, not now! There are too many things in motion,” the alpha said quietly.

“Warner, you know what he’ll do. Why would you break the treaty so openly? I thought we had a plan!” Joella said, and Autumn could hear the concern in her voice.

“Just what?” Joella snapped. “Is this some fast power play? Did you do this to try and take over their pack quickly? Because I thought we had a strategy!”

“Their land is our land, Joella! They stole it from us and then convinced King Elijah to let them keep it!” Alpha Warner growled.

“If you attacked them, then it means you thought you could win. So whatever you’re doing, do it fast. As soon as Elijah hears about this, it’s all of our heads,” Joella whispered.

Autumn leaned against the wall, angry that their alpha would do something so stupid for a few dozen acres. She huffed and then stood to go back to making dinner when someone grabbed her.

Autumn spun around to find Joella standing before her.

“Luna…,” she said as she lowered her head.

“Were you spying on us, Autumn?” Joella spat.

“No, Luna. I was just finishing up the list you gave me,” Autumn said quietly.

“Ha! Not likely,” Joella scoffed as she grabbed Autumn’s arm. “Come with me.”

She dragged Autumn up the stairs and down the hall to Autumn’s small room at the end of the hallway. She tossed her in and closed the door.

“What you heard will never leave your lips. Now you will stay in here until this is all figured out,” Joella said with a glare before leaving the room and locking the door behind her.

Autumn frowned before deciding to take advantage of the time off.

She took a long, hot shower to make up for the one she hadn’t had that morning, washing off all of the grime that had layered itself on her skin from the chores she had done.

She pulled on a large T-shirt and crawled into her bed.

She tried to sleep, but she could hear the fighting in the distance.

Autumn lay in bed listening to the howling, and she could feel the pack mind-link in overload with a chaos of yells, commands, and calls for help.

The pack was at war, and she knew any time now, the warriors would be returning injured and tired from their battle at the border.

Finally, Autumn drifted to sleep, thinking about what would happen when the king found out.