A week before she starts her last year of college, Melody has a one-night stand with a sexy stranger. She doesn’t expect to see him again, but she can’t seem to forget him and the connection they shared. So, Melody is shocked when the mysterious man turns up at her graduation, and even more shocked when she sees who he’s with. They can’t deny the chemistry and passion between them, but they also can’t be together. Will fate keep them apart forever, or can they find a way to each other? 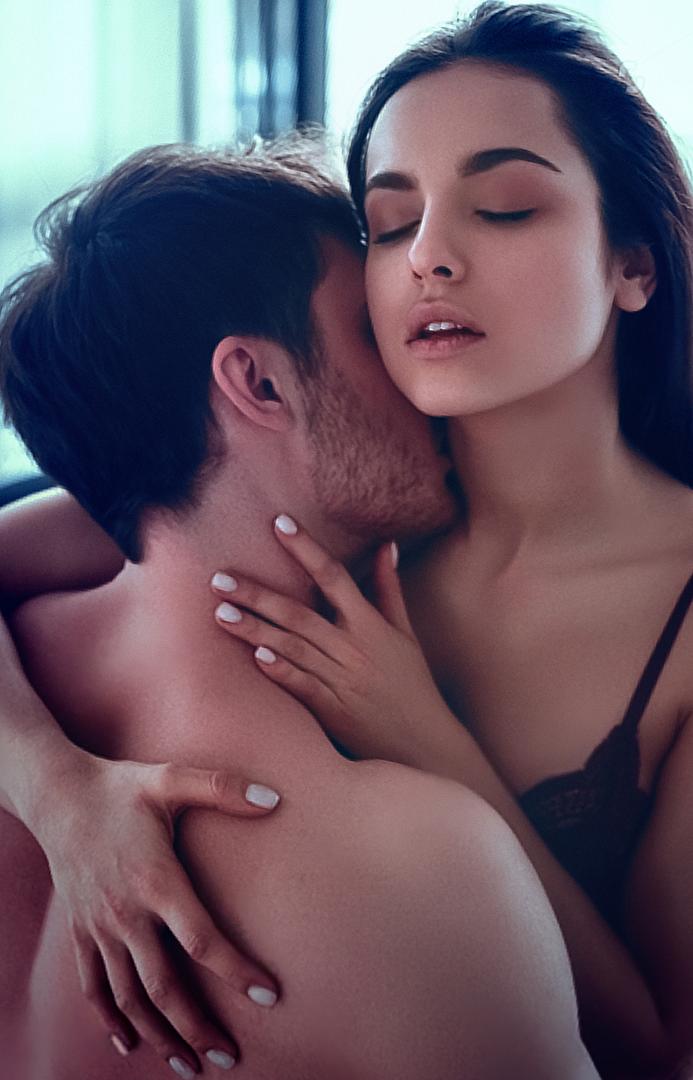 A week before she starts her last year of college, Melody has a one-night stand with a sexy stranger. She doesn’t expect to see him again, but she can’t seem to forget him and the connection they shared. So, Melody is shocked when the mysterious man turns up at her graduation, and even more shocked when she sees who he’s with. They can’t deny the chemistry and passion between them, but they also can’t be together. Will fate keep them apart forever, or can they find a way to each other?

“Ready for a refill?” The bartender nodded to the empty glass. His gaze darted down to my cleavage.

I nodded and asked for something strong. I’d come all the way to surprise my boyfriend, but he’d surprised me when I’d caught him cheating on me.

Last year, he’d gotten accepted to NYU. I’d been happy for him, but at the same time I’d also been sad, knowing I was going to miss him.

Today was his birthday. I’d come for him and had found him buried in someone else’s pussy. It wasn’t like I was in love with him, but I still felt bad.

Note I was feeling bad, not heartbroken. He could have told me the long-distance relationship was not working.

I took a deep breath and used my key to get into his house. As the door opened, shock rippled through me, coming in waves of horror and pain.

Reed had a girl bent over on the couch; his eyes were closed, and his face was pure ecstasy as he drove into her.

His hands gripped her hips as he reared back and rammed into her.

“What the fuck!” I snapped. Both their heads shot up, and Reed’s eyes locked on mine.

“Mel.” He stopped moving, staring at me with wide eyes.

“I know I fucked up, but I had a bad case of the blue balls. I’m sorry, Mel. I didn’t mean to hurt you. You weren’t meant to find out,” Reed said, finally finding his tongue.

I shook my head and took another sip of my drink. I snorted inwardly. What I was thinking? I knew long-distance relationships never work.

Good thing next week my classes were going to start. After that, you would find me buried in books.

“Hey, gorgeous,” a voice said behind me.

I groaned. Why couldn’t they leave a girl alone? I had declined at least twelve offers in the last two hours.

I turned, and my eyes met a set of green eyes fringed with dark lashes. Muscles bulged beneath his taut T-shirt, the hard planes of his chest and abs clearly visible beneath.

My gaze darted back up to his face to see a smirk and a gleam in his eyes that told me he knew I was checking him out.

“Hey, handsome,” I replied with a dazzling smile on my face.

His grin widened. “Can I have a seat with a beautiful lady?” he asked, showing me his cute dimples.

He looked me up and down. His face was twisted slightly, and there was desire in his eyes.

He sat on the chair beside me and leaned forward. The scent of his cologne wafted my way as he leaned in just a little.

“What will you have?” the bartender asked.

He smoothed his hair back with one hand and finally told me his name.

“For the lady,” he said in that deep, slightly raspy voice, placing my drink in front of me.

“Thank you.” I leaned forward and took a sip, not missing the way he was watching my lips with intense focus.

“Can I have a dance with the most beautiful lady?” he asked with a little bow after a few minutes of sitting in silence.

This was usually the point where I left guys at the bar, but for some reason, I shook my head and flirted back at him.

“Only if you agree to be my princess.” He winked. I blushed, and a shiver ran up my spine. He must have noticed, because he chuckled. “Shall we?”

I nodded and placed my hand in his.

My hands rested on his broad shoulders, while his arms draped around my back, holding me firmly and swaying me side to side.

I was almost eye-level with him and close enough to feel his warm breath heating my cheeks.

He gripped me tighter and drew me closer to him. So close my breasts grazed his steely chest.

As he drew me tighter against him, his hardness pressed against my stomach, and I could feel the heat of it right through his jeans.

We both were lost in a haze of lust, his eyes full of desire, asking me permission.

Call me drunk, because I was at a loss for words and knew that anything that came out of my mouth would sound all wrong.

So I gave him a small nod, and on my next heartbeat, his lips came crashing down on mine in a fierce kiss.

After hours of dancing, grinding each other in every way, I said, “I need to go to the ladies’ room.” I strode away, leaving him on the dance floor.

I stared at myself in the mirror. I was drunk and feeling rebellious. I wanted to do the thing I had never done.

When I left the bathroom, I saw him standing outside, leaning against the wall with his arms crossed over his chest.

“What are you doing here?” I asked.

“Waiting for you,” he replied.

“I didn’t ask you to.” I crossed my arms over my chest, and his eyes fell to my cleavage.

“Well, thanks for the drink.” I tried walking toward the exit.

Before I could move, he grabbed my hand and pulled me against his chest. He cupped my cheeks in his hands and captured my mouth in a hot, wet kiss. It wasn’t a slow kiss or a dreamy kiss.

No, it was a hungry one that sent a rush of heat flooding my veins. He kissed me greedily. The heat flared through my whole body. I gasped when I felt his hardness.

Fuck. Me. He was long and thick. I could feel it, and I was wet for him. Drenched.

“I’ve been rock hard for you, beautiful.

“All night, I’ve been like this. I can’t tell you how much I want my cock inside you, how much I want to sink it right into your sweet little pussy and make you come so fucking hard.

“You will be screaming my name all night.” He stepped back. “I won’t force you to do anything you don’t want.”

I was speechless. The intense ache for him made it impossible to talk. I wanted him so badly between my legs I could scream.

And it had been almost ten months since I’d last had sex, because my boyfriend had been in New York. I snorted inwardly.

I looked at him. He was looking at me with blunt desire, hiding nothing, what he wanted to do. He wanted me, and the ache between my legs told me my pussy needed him too. Badly. Urgently.

One night wouldn’t hurt, and it wasn’t like I would see him again.

After finding my strength, I swallowed and whispered, “One night.” One night I wanted to explore, to be wild, to be free, to unleash the spirit that was screaming to come out.

“One night without any strings.”

He grinned and placed his hand on his chest. “Girl after my own heart.” He led me to the exit.

“It’s only one night; after that, we’re strangers, remember,” I reminded him again.

“Well, okay,” he said, rubbing his hand on the back of his neck. “My place or yours?” he asked.

“My hotel room.” I unlocked my rental car.

“Hotel room?” He arched his brow.

“I came to surprise my boyfriend and found him cheating on me. His loss.” I shrugged, not wanting to explain further.

“And my gain. If he hadn’t cheated on you, I wouldn’t be able to spend a night with the most beautiful girl I have ever laid eyes on. Lucky me.”

He grinned and winked as his hand rested on my bare thigh, and I gasped as his hand began to slide up along my thigh, toward the short hem of my dress.

The tips of his fingers slid down, brushing against the sensitive skin of my inner thigh. I couldn’t help it; I wiggled and squirmed.

His fingers relaxed around me, then began to slide up, stroking along the flesh of my inner thigh. Higher and higher they explored.

“I’ve never done this before,” I said in a low voice.

“Never done what?” he asked, confused, and his finger stopped working.

“One-night stand with a stranger,” I said, keeping my attention on the road.

He sucked in a sharp breath, and his head jerked toward me as if I’d surprised him. “Never?”

“Fuck!” he groaned. His hand suddenly squeezed around me hard, so tightly.

“I’m sure,” I replied, even though I didn’t know what I was sure about.

His grip instantly relaxed, and he growled without hiding the lust in his voice. “That’s good to know.”

Then his fingers were moving again, finding and tracing the hem of my panties. His fingers begin to push their way under my hem.

His fingers moved. The tips of his finger grazed lightly over my lips, then my clit.

I moaned, my hands clutching the steering wheel tightly.

“Focus on the road, beautiful,” he said.

His fingers brushed across my clit again, rubbing and rubbing. Then his fingers slid down, exploring my entrance.

“Fuck,” he groaned. “You’re soaking wet, baby.” His fingers teased me, circling my entrance. He yanked his hand back, and I inhaled sharply. I hadn’t realized I was holding my breath.

We reached the hotel and walked to the elevator. I knew I was thinking about what was going to happen next. My anxiety was increasing.

He could feel my uneasiness, because he asked, “Are you sure? If not, we’re not doing this, and believe me, I’m okay with it.”

He stared at me intently, his eyes boring through my soul, making every nerve in my body tingle and every ounce of my blood sing.

We went inside the elevator together. I pressed the floor number.

A night of wild, passionate, no-strings-attached sex with a handsome, thrilling stranger.

“I am sure. I want this. I want you,” I whispered. We met each other halfway. Both of us lunged forward at the same time, where our lips met lips in passionate, head-spinning kisses.

“I want you too,” he whispered hoarsely against my lips.