Somewhere Above the Clouds

When River Stafford’s father can no longer look after her, she's sent to live with her older brother on the coast of North Carolina. Living with her brother is a pretty sweet deal, at least until she starts attending her new school. Now her life is a hell, and the only person who makes it almost bearable is Beau Holmes. Unfortunately, Beau is also her brother's best friend, which makes things far more complicated than River would like... 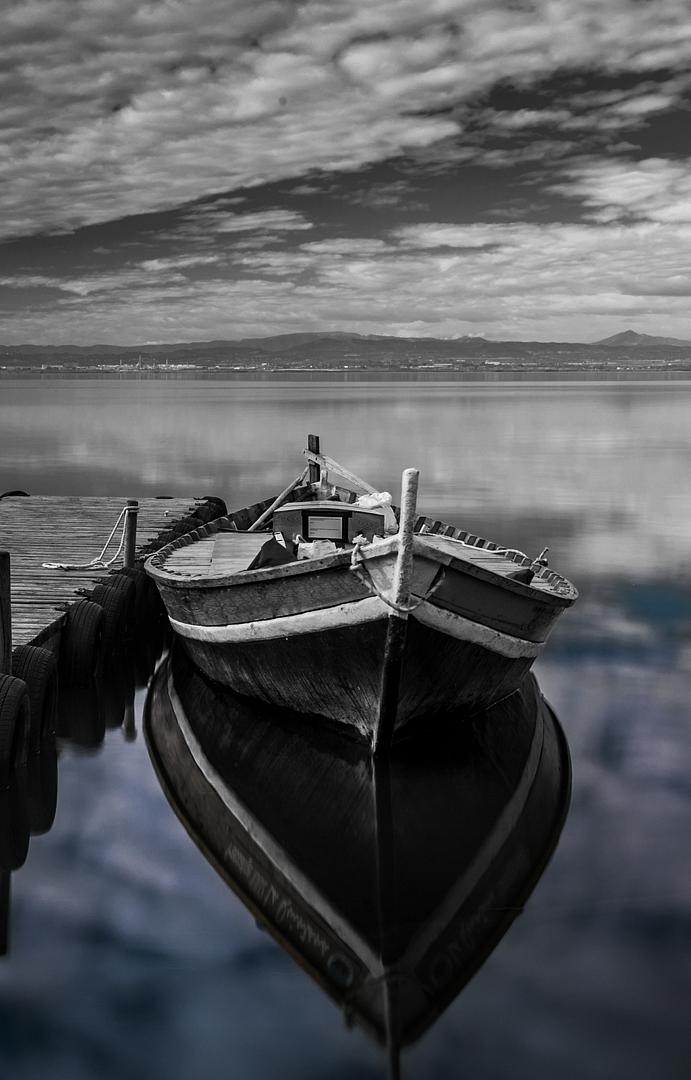 Somewhere Above the Clouds

When River Stafford’s father can no longer look after her, she's sent to live with her older brother on the coast of North Carolina. Living with her brother is a pretty sweet deal, at least until she starts attending her new school. Now her life is a hell, and the only person who makes it almost bearable is Beau Holmes. Unfortunately, Beau is also her brother's best friend, which makes things far more complicated than River would like...

“There I was, way off my ambitions, getting deeper in love every minute.”

My mom lifted me onto the back of my dad’s pickup and I looked up just like she told me to. I smiled when I heard my favorite song playing on the truck’s radio.

I nodded, staring at the clouds as they passed with the wind in the hazy evening sky.

“No matter what, you keep this spirit you have now, River. Keep your head in the clouds.”

I could tell she was going to cry and I couldn’t help but wonder what she was talking about.

Even as a kid, I knew something was different about what she was saying—she was trying to tell me something without actually saying it. I couldn’t understand why grown-ups did that.

I heard my mom cough and saw the blood in her hand. My dad rushed us both back into his truck and that’s when my world seemed to stop spinning.

From that moment on, my life shifted. My dad reached across me and turned the radio down.

My favorite song slowly faded away.

That was the first time I felt like I was watching my life from a different perspective, like an outsider looking in.

I wouldn’t figure out how to put that feeling into words until much, much later. When a boy stared up at the clouds with me and made me wish for things that I shouldn’t have.

I hated how whiny my voice sounded, but well I was whining.

“Because River…you can’t be there anymore and you know it. It’s time for you to come here with me. Let me take care of you.

“You’re only seventeen and even though I know you’re fully capable of being alone, legally, it’s another story…”

My brother. Always worried about his little sister. Except I had been fending for myself for years; he just didn’t realize it. I considered it my job to take care of him too.

Even if that only meant shielding him from the truth.

Jackson was in the military, stationed in some small town on the coast of North Carolina, while I was still in Chicago with our dad.

Who was slowly becoming less and less human, gambling and drinking both of our lives away. The bank would take our house any day; it was only a matter of time.

“Okay Jackson, when do I leave?”

I sighed in defeat… I could already picture him sitting on his couch with his laptop propped up on his legs while his fingers itched to book a flight to protect the only family he had left.

My brother had a soft spot that I just did not possess. He got that from our mom; I was certain.

“I’m calling your school tomorrow and having your transcripts sent here, and overnighting the rest of the paperwork to the caseworker so hopefully you’ll be on a plane within a few days.

“These schools here are better anyway, Riv. You’re too smart for the place you’re at now.”

He wasn’t wrong. My high school sucked. The students too, all except one. I wouldn’t miss that place one bit. I couldn’t say I would miss anything about this place.

Jackson had been filling out the paperwork for my guardianship for months. I probably should’ve been more upset over the whole situation, but I wasn’t.

I’d known for a while that one way or another I’d end up with Jackson; now it was just official. A small spark ignited inside me at the idea of starting over.

I grabbed my music player off my dresser, cranked up Gorillaz, and let the music drown out my problems for a while. After almost an hour of nothing but music filling my mind, I reluctantly pulled my earbuds out.

I walked out of my room and down the hall to the kitchen in search of dinner. On my way, I found my dad sleeping in his recliner. The lines on his face looked deeper somehow and his hair was almost fully gray.

I loved my dad—I truly did—but I think he might have died the day my mom did. He was never the same , and I didn’t even know if I could blame him for it.

My mom was his lifeline, and that was the one thing about him that had always been clear. I inadvertently found out other things about him along the way. Like his gambling addiction, for example.

I narrowed my eyes at his sleeping form and, suddenly, I was annoyed. I turned on my heels and continued my hunt for food.

I swung the pantry open. It was bare as usual, but peanut butter had never let me down.

After I grabbed the tub and a spoon, I went back down the hallway to my room for the night.

I must have fallen asleep with my face in my American history book because it was awkwardly serving as a makeshift pillow.

I lifted my head and peeled my face from the page and hoped the words from the “Western Expansion” chapter weren’t permanently printed onto my cheek.

I was about to get off my bed to take a shower when I heard the yelling.

My heart jumped into my throat and I ran to my bedroom door, but then I thought better of it.

Sometimes people would come to pay my dad visits. Scary people. I could only assume it was for the money that he owed.

That was the main reason Jackson didn’t want me here anymore. He was terrified something would happen to me because of my dad’s bad habits. And honestly, sometimes I was too.

What could I really do? If someone was in there…

How could I even help? I could barely pick my backpack up when all four of my textbooks were in it.

It was then that I took a moment to listen to my dad’s words, and I realized he was talking about me.

“You can’t take her from me. She’s my daughter.”

Jackson must have called him. I had been waiting for this conversation for a long time. Now if I could only swallow my heart back down to where it belonged.

I could practically hear my brother’s words on the other line scolding our dad.

Dad knew he wasn’t in any position to be taking care of me, but it wasn’t in his nature to give up so easily, even though that’s what it seemed like he had done with his life.

But the facts were simple.

The state had already been made aware of our situation and my brother was far more capable of taking care of me—even though, for the record, I didn’t need to be taken care of. But in the eyes of the law, I was still a child.

And even though my dad might never want to admit it to himself, he would give in and sign whatever he had to. I understood that fact should bother me. It should make me hate him. But it didn’t.

I took a deep breath and gathered my pajamas before heading to my bathroom. After my shower, I opened my bedroom door to find my dad sitting on my bed.

I couldn’t recall the last time he walked down the hall, much less into my room. He’d slept on the couch for the past twelve years.

He couldn’t go in their room, or even down the hall, so the fact that he was here now was shocking to me.

“Dad!” I gasped and jumped back.

He rubbed the palms of his hands over his dirty work jeans.

I didn’t say anything so he stood and pinched the bridge of his nose.

“I’m sure you’ve spoken to your bother.”

He spat out the words as if they were dipped in bleach.

“You’ll be better off there, River. You deserve an actual life… And I’m afraid I’m in no state to give you one. I’m sorry it took this long for me to figure it out.”

There was no emotion in any of his words, and I knew it was because he had shut them all off. He didn’t let any in or out.

He closed the space between us, leaned down, and placed a quick kiss on my forehead.

I didn’t move a muscle out of shock and he walked out of my room… I knew without another thought that it was more than likely the last time I would see him.