After moving to a different school to escape a scandal, Liz Chapman starts her senior year as the new girl. Falling for the arrogant yet appealing James Stepford provides a welcome escape from her loneliness, despite the warnings from her other new friends. After a terrible tragedy, Liz decides to throw in her lot with the Stepford family, for better or for worse…but she has no idea how bad “worse” can be. 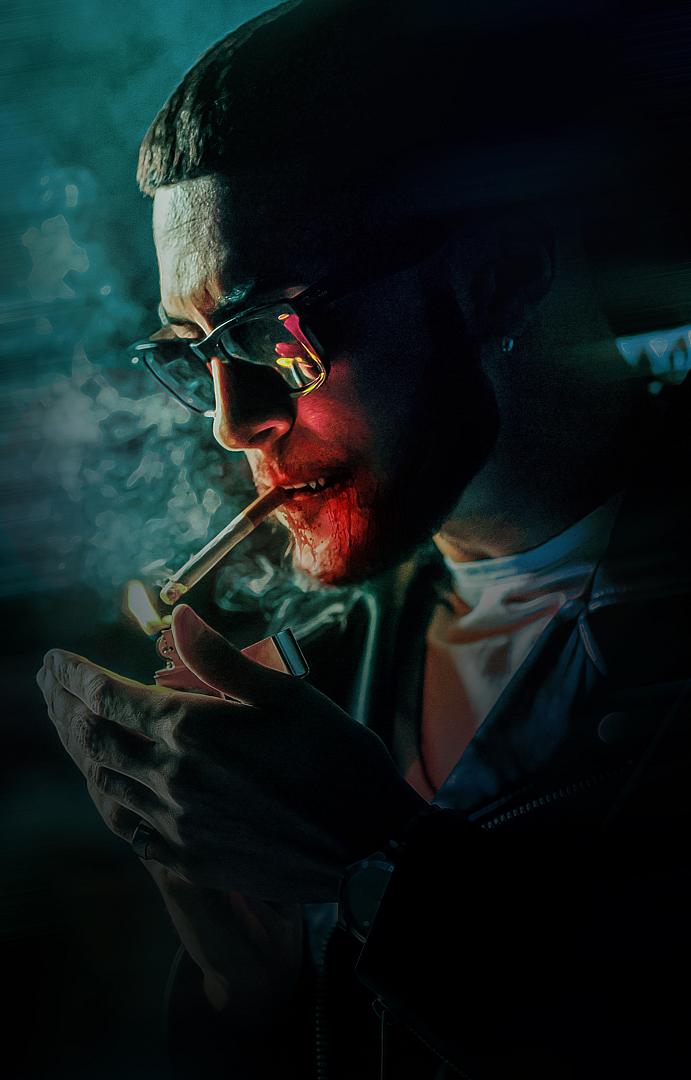 After moving to a different school to escape a scandal, Liz Chapman starts her senior year as the new girl. Falling for the arrogant yet appealing James Stepford provides a welcome escape from her loneliness, despite the warnings from her other new friends. After a terrible tragedy, Liz decides to throw in her lot with the Stepford family, for better or for worse…but she has no idea how bad “worse” can be.

I royally fucked up.

I got burned. If I could take it back, I would. I’d take it all back. If only I’d just walked away…

My name is Liz Chapman.

And I’m the girl nobody likes, and no one wants to be. I’m telling my story so that no one else becomes me. So no one else goes through what I went through.

Two months before the last day of school, I was at a party at my best friend’s boyfriend’s house.

He was there; she was out of town. And I always thought he was really cute. And he was being extra nice to me. And I was drunk, and we went to his room to talk alone and…

And I kissed him. And he kissed me back. And we were in his bedroom. And we fucked. It shouldn’t have gone as far as it did.

Some anonymous douchebag was at the door with a camera. We never found out who leaked the video but me fucking my best friend’s boyfriend was shared, and I went from relatively no one to public enemy number one real fast.

Long story short, I lost all my friends, I spent the rest of the year miserable and alone and a pariah, and to top it all off, that first month… I was late.

Mom had to drive me to the clinic. Despite being the best mom in the world, she had the unfortunate luck of having me for a daughter.

After that, Mom decided it’d be best if we moved. Get a fresh start.

Usually when you move, your friends help you pack, but at that point, my friends wouldn’t have pissed on me if I was on fire. So it was just me and my mom, and we headed east.

Truth be told, it kind of broke me. No one even said goodbye. I know, I know—what I did was bad but… I never saw them again. It was like no one even cared if I was dead or alive.

Actually, it was worse. Everyone just…pretended like I had never even been there.

So yeah, that sucked.

We moved to our new house in a new town, and I was a mess, and a video of me fucking my best friend’s boyfriend was floating around the internet, but at least no one here knew enough about me to hate me.

I’d rather no one know me than hate me.

But then summer break was over, and it was time for my senior year, and now I was the new girl.

That’s when I met him.

It was the first day of school, and after another senior went through the motions of showing me around, it was lunch, and I had to sit somewhere. And maybe I was imagining things, but it was like people knew.

Maybe they didn’t know exactly what I had done, but I was the new girl in senior year and there was something off about me and everyone knew, and you could just see it in their eyes that they wanted nothing to do with me.

Maybe everyone was perfectly normal and just going about their day, and there I was, a perfect stranger in a crowded room without someplace to belong, trying to blend in.

I didn’t want that. I’d rather just be alone.

I decided to take my lunch to the bleachers. If I was going to be alone, it wasn’t going to be in a room full of people, that’s for sure.

Except I wasn’t the only one there.

There was a boy, waving a cigarette, explaining something to a girl in front of him. He wore thick-rimmed glasses and a parka despite the heat. The girl was all high-waisted shorts and heart-shaped sunglasses.

I tried not to listen in, but he wasn’t exactly keeping the conversation to himself.

“And they’re all just these little drones, going about their lives, worrying about who’s fucking who and which jock is the cutest and which girl is the sluttiest and when they’re gonna get their cherry popped.

“And it’s like, there’s better out there, you know? People in high school are so worried about high school shit,” he said.

“It’s so beneath us, but I suppose we’ll play the part. Oh, and what do we have here. A deserter. They’ll have you court-martialed for daring to be different,” he said, and it took me a second to realize he was talking to me.

“Sorry? Are you talking to me?” I asked.

“Yeah, duh. I have not seen your face before. Do you recognize her, Mary-Anne?”

“Can’t say I do. And she’s gutsy enough to eavesdrop on us, so she must be new.”

“Fresh blood. And in senior year. Oh, it must be tough. Big changes. So, what’s your deal, new kid?”

“Hate to be that guy, but this is kind of our spot.”

“Hey, hey, now I didn’t say I wanted you to leave. Do you want her to leave, Mary-Anne?”

“Been a while since we had a new plaything.” Mary-Anne giggled.

“I am not a plaything,” I half-shouted.

“None of your goddamn business.”

“I’m James. This is Mary-Anne. We’re the kids who hate all the other kids. But that’s only because they’re a flock of sheep. Are you a sheep?”

“I’m just trying to get through the day.”

“Oh, sorry my life doesn’t interest you. Why’d you even talk to me?”

“Are you always such a twat, or do you have to take a break to put all that product in your hair?”

“Better that than a loner pretending to hate the only two people who’ll even talk to her.”

“I bet the whole tough-chick thing might have been cute back at whatever backwater sinkhole you crawled out of. Except no one here thinks you’re tough.

“You just look like a scared little kid who never learned how to make friends. It’s one thing to be boring; it’s another to be pathetic.”

“You don’t know a damn thing about me.”

“One of these days, there might even be something about you worth knowing.”

The bell rang then. I hated letting him have the last word. But it cut deep. Truth be told, sometimes, I think he was right. Maybe I was pathetic. Not even pitiable.

“Guess we’ll be heading off then. Enjoy the solitude, new kid. Don’t choke on your own bravado,” James said.

He waved me off. Mary-Anne gave me a pitying look then followed James. Despite the fact that she didn’t even say anything all that bad to me, I found myself hating her a little too. I wish it had stuck.

I wish that had been the last I saw of them.