Melena, a werewolf warrior and doctor responsible for the well-being of the alpha family, has everything she needs. She only desires her mate. She runs into Conner, her mate, and he's everything she has ever wanted: handsome and strong, big and bold, cute and kind, and unbearably attractive. Except that he's human. Is Moon Goddess playing a cruel game, or can the fearless werewolf and the wild zookeeper tame each other? 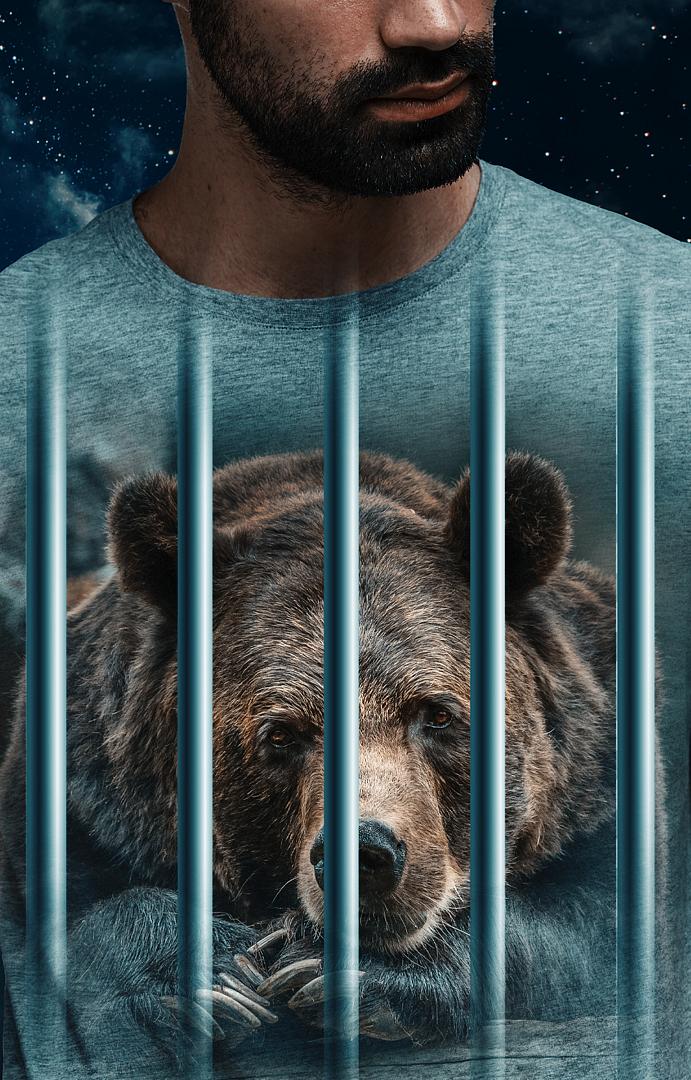 Melena, a werewolf warrior and doctor responsible for the well-being of the alpha family, has everything she needs. She only desires her mate. She runs into Conner, her mate, and he's everything she has ever wanted: handsome and strong, big and bold, cute and kind, and unbearably attractive. Except that he's human. Is Moon Goddess playing a cruel game, or can the fearless werewolf and the wild zookeeper tame each other?

“Get down!” Francesca yelled as another round of silver-laced bullets came blasting over our heads.

She tackled me into a ditch, and we lay there for a few seconds in utter shock as the bullets kept flying overhead, mere inches from our heads based on the sound of them whistling in the wind.

She had her body draped over mine protectively with her chin tucked in low, trying to avoid the onslaught from above.

I could feel her rapid breath in my neck just underneath my deep olive-green army helmet, the smell of smoke tickling my nose and the scent of fresh blood hanging thick in the air.

“Thanks,” I mumbled into her golden hair as she straightened up a bit to peek out of the tall grass around us.

The firing had now changed direction and was aimed further to our left. “Coast is clear, come on,” she whispered while getting off me and tugging on my arm.

We crouched low and moved quickly, working our way through the dry grass toward what was left of an old storage building.

I could feel my jet-black ponytail sticking to the back of my neck as sweat started to cover every inch of my skin. It was hot and humid out in the tall, slightly damp grass, with mosquitoes and other insects hovering about.

The bulletproof vest I was wearing didn’t help my suffering at all since it felt like it weighed a ton, not to mention the heavy combat boots I was obligated to wear in such situations.

“There,” she whispered, slowing down and gesturing up ahead toward a building in the distance.

“Melena, where are you? We need you NOW!” the alpha barked into our minds through our pack-link connection.

Francesca instantly turned to look at me with her large, concerned brown eyes. The alpha sounded desperate and very agitated.

“Thirty seconds out, sir,” I responded immediately and flashed Francesca an apologetic half-smile.

“Duty calls,” I whispered while patting her twice on the shoulder and jumping up straight.

“No, Melena!” she yelled out in panic from behind as I bolted toward the battered building in the distance.

I had already lingered for far too long; the alpha’s son’s life was at stake and it was up to me whether he would survive or not. Now was not the time to be playing it safe; now was the time to be saving lives.

I clutched the straps of my backpack tightly in my fists as I sprinted toward the building. The sounds of gunfire and yelling were all around, but I kept my eyes fixed on the ruined remains of a building up ahead.

Focus. Life! I mean to give life!

It was as if every sound around me faded away as I concentrated solely on keeping my footing and sprinting toward my goal.

So much so that I could hear my own blood whooshing through my angry hot veins, ringing heavily in my ears.

“Cover her!” Alpha Julian barked over the pack-link again, informing the rest of the warriors of their new primary task at hand.

Suddenly, I felt a strong tug on my backpack, making me stumble momentarily, but I wasted no time in fixing my step and running as fast as I could toward the building.

I could hear Francesca firing shots from somewhere behind me, but I did not have time to turn around and see what was going on. I needed to get to Marcus before it was too late.

When I was about six feet away, the door flew open, and I jumped headfirst into the dark opening as numerous bullets came blasting in right behind me.

Before I could even hit the ground, I was jerked aside by the straps of my backpack and pulled out of harm’s way.

“Melena! Over here!” The alpha’s voice yanked me back to reality and I was pulled up onto my feet by the straps of my bag once again.

I was still panting heavily as two large masculine hands steadied me and gently lifted my chin up so I could face him.

“Are you hurt?” he asked in a deep voice, studying my face in concern.

I took a second to think and focus on my body. I didn’t feel any intense pain, apart from all the new scratches and bruises, obviously.

“N-no, I don’t think so,” I rasped out, sounding a bit unsure of my own answer.

He nodded and directed me over to where the alpha was bent over his son’s bloody body lying limply on the ground.

A painful sting shot into my heart at the sight of my dear friend lying in a pool of his own blood, but I took a deep breath and dug into my training immediately, focusing on the injury rather than the patient.

As I swung my bag off my shoulder and propped it down onto the floor next to us, I didn’t miss the still-smoking scorched area where a bullet had pierced into the metal-lined fabric of the medic backpack.

“He is still breathing, but the sound of his heartbeat is fading,” the alpha growled helplessly, begging for me to save his son.

His face was contorted with worry lines and trails of sweat ran down the sides of his neck.

“Please, Alpha, step back so I can get to work,” I asked, squeezing his arm reassuringly.

Otis immediately stepped in and pulled his alpha away, relaying some news of the battlefield to him as a means of distraction.

Otis was our beta, the right-hand man of our pack’s alpha, Alpha Julian.

Right now, I was working against the clock to save the life of his eldest son, Marcus, who was also the next heir to our pack, Feral Grove.

My hands worked in sync and my mind grew calm as I carefully but swiftly began to extract as much silver as I possibly could from the open wound.

I had ordered a nearby warrior to put pressure on the blood gushing through the opening in the young alpha’s chest.

“Julian, they are retreating!” Otis yelled from the door and Alpha Julian quickly moved over to have a look.

“We need to get him to the infirmary as soon as possible!” I yelled over my shoulder as the young alpha twitched and jerked under my hands from lack of oxygen and excessive blood loss.

“NOW!” I barked out, not caring whether it was disrespectful to my alpha or not. If we didn’t move fast, his son would be dead within the next few hours.

“You heard her! Get him out of here!” the alpha yelled to his men.

They quickly huddled around us and slowly slid their hands underneath his limp body.

“On the count of two!” I yelled and they all nodded in unison. “One, two.” The men lifted, and I straightened my legs along with their movement, keeping my hands securely placed on Marcus’s wound.

“You got it?” I asked the warrior with his hands pressed to the young alpha’s chest. His eyes were as wide as saucers and sweat had started to accumulate on his brow, but he nodded frantically in confirmation.

“Good, let’s go,” I ordered as all of us started moving together toward the exit.

An old pickup lorry promptly pulled up in front of the building and a warrior jumped out to open the back for us.

“This is the best I could find, Doc,” he said, sounding very out of breath. There were smudges of blood and scrapes all over him.

“It will have to do, thank you,” I replied with a nod as we lifted Marcus up onto the back, with me and the other warrior climbing on along with him.

“Keep putting pressure on that.” I eyed the warrior seriously, gesturing toward the chest wound. He nodded again and the lorry started moving.

“Inform Doctor Keller we are on our way!” I yelled toward Otis one last time as we sped off toward the pack house.