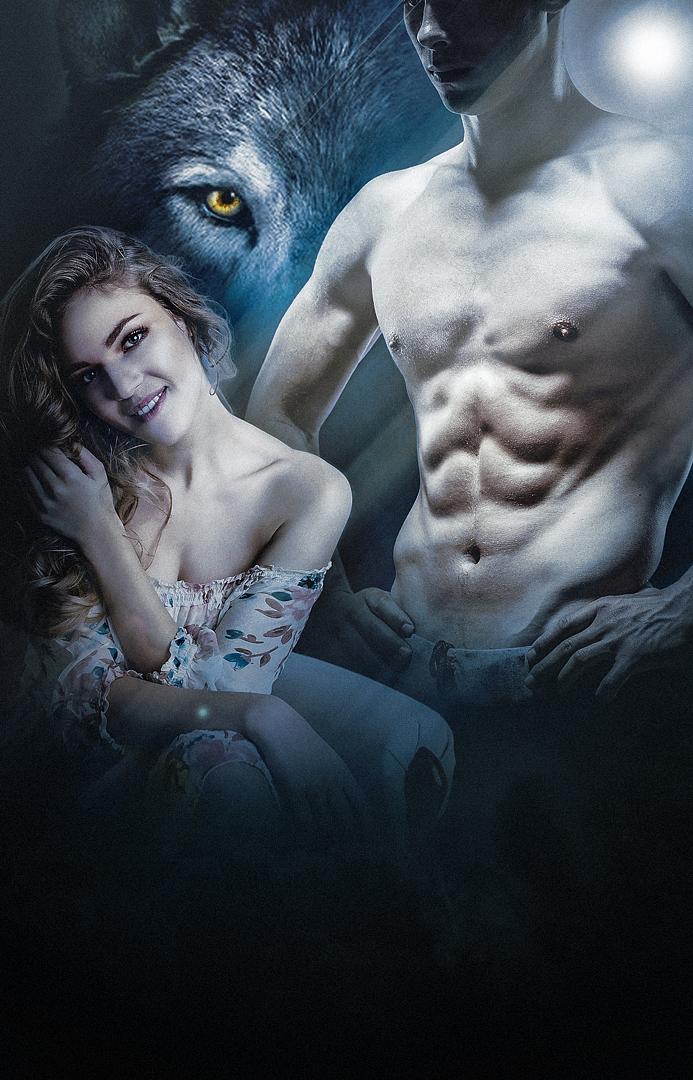 How can other people's choices affect our lives? One decision can change a route in a direction that we never wanted to take.

We will obey, do whatever we are being asked to do, or we will rebel. If you rebel, sooner or later, you will have to face the consequences.

For two decades, relations between two wolf packs, my pack and Montana’s pack, were quite rough and tense.

Trespassing was forbidden and harshly punished. Marriages between the two packs were illegal.

Some people decided to leave, but not belonging to any pack was viewed as a disgrace that could get you killed.

In the past, my grandfather made a deal with Montana’s Alpha in exchange for saving his life. They arranged a marriage between their children, my mom and the Montana Alpha’s son.

Things didn’t go as planned, as the man is obviously not my father. She ran away to be with her real mate. The deal was broken, and so was the Alpha’s pride.

He did not want to renegotiate the terms, as that was treason. No one should reject an Alpha.

At that time, my father was a simple Beta, and being left for an ordinary pack member was seen as a disgrace.

When my father began his reign, nothing changed. He tried his best to make peace, but that didn’t work out.

An opportunity for things to get better finally appeared. Last year the Montana’s Alpha died and his son, Liam Boyle, took over.

My father wanted to use this to finally end the madness. I have heard him mentioning many times at family dinners, “The kid may be different. He may be reasonable."

I hoped this was true. As said, we hadn’t had any incidents lately, but you could feel the tension.

“I hope that you are right, but keep in mind that he is a Boyle. They are very proud and stubborn, so don’t expect too much from him,” said my mother, chilling my father’s excitement.

I knew her; she kept blaming herself for all of this. Being an Alpha’s daughter was more than just a role or a privilege.

You had your duties, and obeying an Alpha’s decisions, especially the political ones, is one of them.

I have never blamed her. I don’t know what I would have done in her place.

I mean I’ve always listened to my father. I know that I must stand as an example to others. I’ve studied more than my friends, and I have volunteered at the pack’s ambulatory and orphanage.

I had never disobeyed, literally never, until this one memorable evening.

My sister, Lea, was excited to tell our parents about her relationship with one of the Betas, Kai.

She could not sit still, as she was nervous and did not know how to tell Dad that she’d finally found a mate.

Wolves pair for life, only with their true mates. They recognize their mates, and with a bite mark, they imprint.

Everyone describes mating differently. For some, it may be a sudden strike. A warm breeze will gently touch your skin and you will feel a shiver all over your body.

Then, your heart will start to beat unbelievably fast.

Someone else will say that it is a long process, that you have to get to know your partner first and build your relationship.

Once both wolves imprint, their minds will connect and they will be able to share their thoughts. Imprinting usually takes place after the wedding.

“You’ll be fine. Dad respects him and loves you. I know he won’t mind,” I said encouragingly to my sister.

“You think so? I mean I’ll be the first daughter to get mated. I will clear the way for you,” she said with a laugh.

“I am sure he loves you and wants you to be happy, Lea. Come on, let’s tell him.” I grabbed her hand and pulled her toward the door.

Closer to the living room, we could hear a tense conversation between our parents.

“How could you do that without asking her, or even me?” You could hear the agitation in my mom’s voice. “You did exactly the same thing as my father, and you know how I felt.

“This is not right!” she said with a raised tone.

“This is different. I have to make peace for future generations. Your father just wanted to pay the debt. You can’t compare that,” my father said, trying to explain himself.

Slowly, I started to suspect what was going on, but I couldn’t figure out the details.

“It is easy for you to explain this. Why you didn’t ask her?” said my mother, continuing the conversation, but my sister was tired of waiting.

“Ask her what?” Lea interrupted. Both my parents’ faces turned our direction, and they looked troubled. This was the first time I’d heard them arguing. The first time I saw my mom furious at Dad.

“Scott, you tell her, go on,” my mom said. With Lea, I sat at the edge of the couch waiting for answers.

“Girls, you know that things between us and the Montana pack are quite intense, and with the death of the old pack leader, I had to come up with a way to end this.” My dad knelt in front of us.

A pack leader never does that.

He grabbed our hands and continued. “The new Alpha, Liam Boyle, does not have a mate yet, and as an Alpha, he needs a wife and descendants.” And then everything made sense.

“Oh no, you didn’t…” I groaned. He looked at me with sorrow in his eyes, and his face could not have said anything other than sorry. My sister still didn’t understand.

“So, which one will be the lucky bride, Dad, huh?” I shouted as I jumped off the couch. I have never shouted at my dad, an Alpha.

Looking back, I have always obeyed what he said, but enough was enough. Mating was such an important and personal thing; this could not be arranged.

“What if I never mate with this guy? What if my true mate will be left alone because I was given to a complete stranger?” Tears started to fall from my eyes.

My mom saw this, and tears started to fall from her eyes as well. She turned her face away and could not look at us. She was blaming herself again.

“Honey, please, this is the only way to end this, and I have made the decision that it will be my eldest daughter.” He turned his face to Lea. She was only one year older than me.

This was not fair at all! Lea looked at Mom, trying to gain her help.

“Mom, say something! You can’t let him do that.” She started crying too.

“Scott, there must be another way. Don’t do this to them…to me. I know how it is. It was you I ran to, for God’s sake!” she shouted.

“Don’t you think I haven’t thought about that? I’ve tried to come up with possibilities, money or pack union, and he hasn’t agreed to any of them.

“For hours, I have discussed this with him and our Betas. He thinks that the only way to end this is to unite our packs by marriage, as it was originally agreed between your granddad and his father.

“He said an alpha’s word is binding and must be completed. The old bastard must have played his card before he died,” said my father.

I look at Lea; she looked completely devastated. Half an hour ago she was bursting with excitement and pure joy, and now she looked pale and her gaze was empty.

I can’t do this to her; she had already found her mate. In fact, I didn’t have anything to lose, as I hadn’t found my mate yet. She and I both knew it would kill her.

“I’ll do it.” I stood up and wiped my tears, and everyone looked at me. My sister just covered her mouth and burst into tears.

“I’ve said it will be the eldest,” my dad started, but I immediately cut him off.

“Lea has already found her mate, and we were coming down to tell you. I will not let you ruin it for her because of some pack’s idiotic decisions,” I said, while my mom just ran to hug me.

“My baby, you are so brave, but you don’t have to. We will come up with other ideas,” she said lovingly.

I had enough of this conversation. I thought, Let’s cut the crap. They want peace? They will have peace. I don’t care. Mr. Boyle will have a war on his own with me.

He had his chance to end this, but he’s an asshole that follows his father’s stupid ideology.

My dad didn’t say a thing.

“So…when will I have the pleasure of meeting my lovely groom?” I clapped my hands with fake excitement.