Jace and Hunter Beckett were the first-born twins of the Alpha of the Black Ridge Pack. Although they looked identical, they couldn’t be more different. When Layla and her family move to the pack, both boys are taken by her, and they become fast friends. But what will happen when people change, mates are found, battles are fought, and new bonds are made? 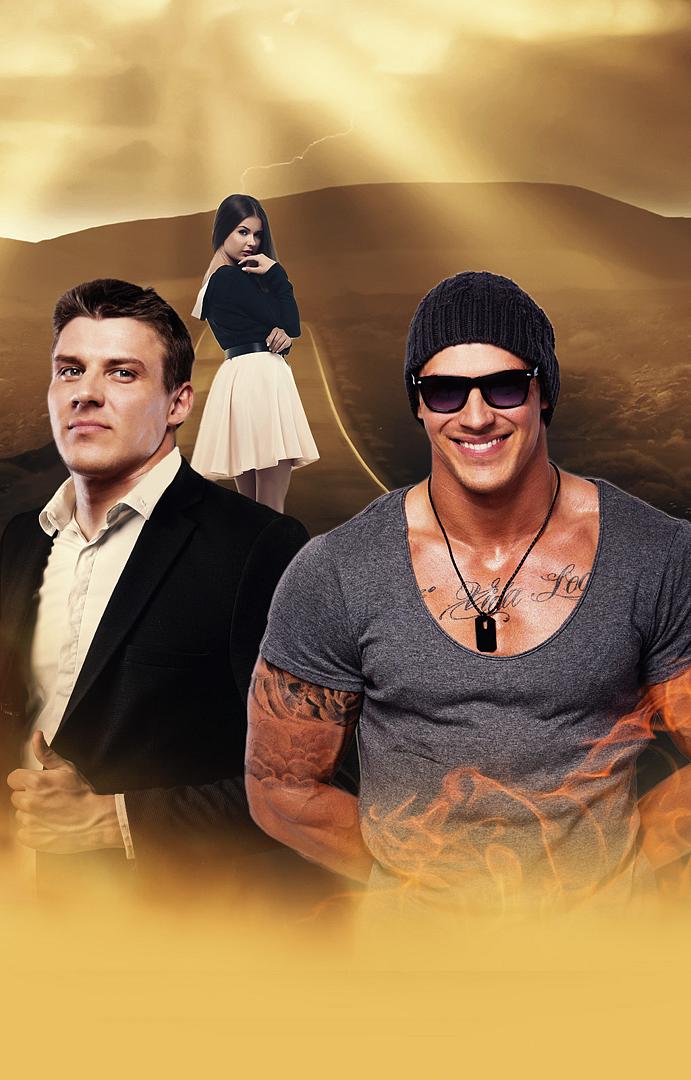 Jace and Hunter Beckett were the first-born twins of the Alpha of the Black Ridge Pack. Although they looked identical, they couldn’t be more different. When Layla and her family move to the pack, both boys are taken by her, and they become fast friends. But what will happen when people change, mates are found, battles are fought, and new bonds are made?

“Are you kidding me, dude?” Hunter yelled at his brother, who was currently making out with his flavor of the week on the hood of his Jeep. “Get off!”

Jace smirked before hopping down and helping his girl down. “Sorry, bro, must have gotten them mixed up.”

“They’re different colors, idiot!” Hunter hollered as Jace made his way to his own Jeep parked a few spaces down. “Jace!”

Jace turned to his brother with a smile. “Yeah?”

“Don’t be late for the party tonight, or Mom is going to kill us,” Hunter said before climbing into his car and driving off.

Jace smiled and wrapped his arm around his current fling. She was hot, and he was looking forward to later tonight.

When the boys walked in at six o’clock, dressed nicely in designer suits for the party their parents were throwing for the graduating class, they were met with suffocating hugs from their mother.

She laughed as she pulled away. “You two behave yourselves. We have a new family in the pack that arrived today, and I know they’re nervous.”

They looked at each other and shrugged before each giving their mom a charming smile. “Yes, Luna.”

She gave them a smirk and a smack on the arm before waving them off to mingle with the pack.

Jace and Hunter were identical twins and destined to be the future alphas of the Black Ridge Pack.

They knew they would have to challenge each other for the title of alpha, but neither of them was worried about that at the age of seventeen. They weren’t even old enough to find their mates yet.

Jace slapped Hunter on the back with a smile as he gazed toward the door and saw his girl Missy walk in. Hunter rolled his eyes. “Behave yourself.”

Jace laughed as he walked away. “And you try having some fun.”

Hunter shook his head with a smile before walking to a table and taking a seat. He played with his tie before leaning back in the chair and watching the party in front of him. He had never liked formal functions.

“Excuse me…,” a quiet voice spoke behind him. Hunter turned around to see a beautiful girl about his age standing near him. “You’re sitting on my jacket.”

Hunter’s eyes widened as he leaned forward and saw the jacket hanging over the back of the chair. He handed it to her with a smile. “I’m sorry, I wasn’t paying attention. I don’t believe I know you?”

The girl shook her head with a smile. “I’m Layla, Layla Whitten.”

Hunter offered his hand and shook hers when she took it. “Hunter Beckett.”

Layla’s eyes widened. “Beckett, as in…?”

She lowered her head as she realized her mistake. “I’m sorry, I didn’t—”

Hunter smiled. “Don’t worry about it. Here, sit down and tell me about your family. You all just moved to the pack, right?”

Layla sat down and nodded her head. She answered stiffly, nervous to be talking with an alpha.

“Yes. Our pack was all but destroyed in a dispute with another pack. Your father was kind enough to let us join your pack.”

“Hunter!” Jace interrupted as he sat down beside his brother and eyed the gorgeous little wolf next to Hunter. “There’s a bunch of us going to the lake after this, you coming?”

Layla looked at them. Her mind was spinning. How on earth could two such attractive guys come from the same family? She watched as they talked to each other and could tell they were close.

They both were tall and extremely muscular. Their suits seemed to be painted on, fitting perfectly over their hardened muscles. They were tanned and had short brown hair that was a bit longer on top.

And their eyes…the deepest gray she had ever seen.

“Yeah, I’ll come,” Hunter replied before turning to Layla. “Do you want to come? You will get to meet others from our class.”

His question shook Layla out of her thoughts, and she had to take a minute to catch up.

Layla hesitated. “Thank you, but I think I—”

“Oh, please come! You’re a member of the pack now, come enjoy yourself,” Hunter pleaded. He wanted to get to know this girl better.

“Well…,” Layla considered. “I guess for a little while.”

Hunter turned to Layla. “You’ll get used to him. He’s always like that.”

Layla took a deep breath. “Are you twins?”

“Identical,” Hunter replied with a smile. “He’s my best friend.”

“You have one?” Hunter asked.

Layla gave a small, pained smile. “Had. He was killed in the pack war.”

“I’m sorry,” Hunter replied, feeling bad he had brought up such a painful memory.

Layla straightened herself. “Don’t be. He was amazing, and now we are here trying to make a new life.”

“Well, tonight you can stick with me. I’ll watch out for you. You’re new meat, which means all of the guys will probably follow you around all night,” Hunter said, smiling.

“Greeeaaat,” Layla said with a roll of her eyes.

After the pack event, they each went their separate ways to change for the party at the lake.

Layla was nervous as she changed her clothes. Hunter had asked her to meet him outside the pack house so they could go together. He had been so nice, and she was glad to have someone to go with.

Layla pulled on her favorite pair of black skinny jeans and a cute floral top before checking her makeup in the mirror and heading out of the house.

She walked down the road back to the pack house where Hunter was waiting outside.

Hunter pushed off from the wall he was leaning against and looked at her with a smile. Her long brown hair came down in waves down her back and framed her crystal blue eyes.

She was really pretty, and he knew he was going to have a massive crush on her. Hunter shook his head. He would find his mate soon and shouldn’t mess around like his brother did.

“Hey!” he said as she joined him with a smile.

Along the way, they talked about the pack, and Layla asked questions about the way things worked in this territory. She liked that everyone was treated well.

In her old pack, anyone who wasn’t the alpha, beta, or their immediate family was treated like dirt. Her father had been the gamma, and they still weren’t treated with respect.

As they walked through the trees, they heard music and laughing. They entered the clearing to see a bonfire and a few dozen young pack members around their age.

Hunter gave Layla a reassuring smile, and they stepped forward. He introduced her to a few of the nicer girls in the pack before leaving her to get them some drinks.

Hunter looked back to see her smiling and laughing with the girls, and he was glad they had been welcoming.