When Anna found herself pregnant and completely on her own at seventeen, she vowed she would build a dream life for her and her child. After her parents kicked her out, she moved to Seattle, where she found a job at a bakery. Now her child is three years old, and with the support of a couple who have become her surrogate parents, she has almost finished college. Her dream life is almost within reach, but a medical crisis and the unexpected return of her child’s father threaten to tear down everything she has fought so hard to build. Will Anna lose everything she's ever wanted, or will she finally get to live her dreams? 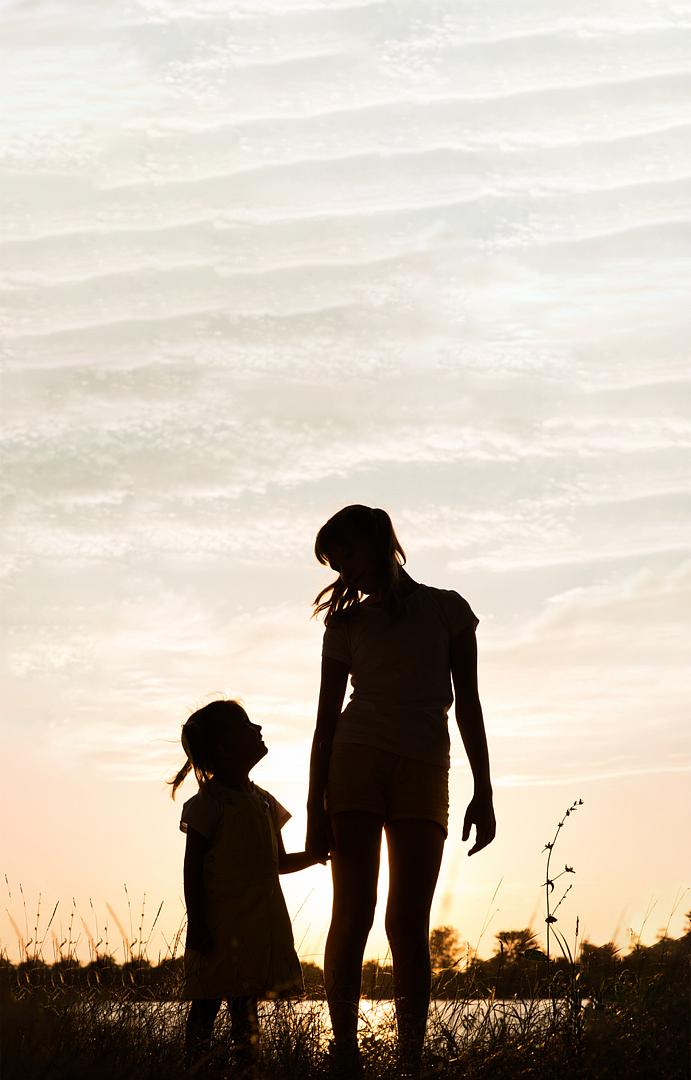 When Anna found herself pregnant and completely on her own at seventeen, she vowed she would build a dream life for her and her child. After her parents kicked her out, she moved to Seattle, where she found a job at a bakery. Now her child is three years old, and with the support of a couple who have become her surrogate parents, she has almost finished college. Her dream life is almost within reach, but a medical crisis and the unexpected return of her child’s father threaten to tear down everything she has fought so hard to build. Will Anna lose everything she's ever wanted, or will she finally get to live her dreams?

“Anna Johnson?” The professor asks, taking attendance. I lift my head up from my notebook and look him in the eye.

“Present,” I say, raising my hand.

He writes it down, making sure that he doesn't miss anyone.

The class is somewhat boring—economics. But I’m twenty-one and only in my second year of college, so everybody seems to think that I am stupid. Which I am not.

Every student here is nineteen, or twenty at most, but I didn’t have the privilege of studying right away. I had to work to get where I am. To be able to afford college.

I worked double shifts every day for two years before I could register for college and still live somewhat comfortably.

If it wasn’t for my two jobs and the extra shifts, I wouldn’t be here. I work in a little bakery not far from my home; I also do shifts at a cafe on the weekends.

Now that I am in college, they understand that I can’t work every weekend anymore. They respect that, I only have to go in one of the days, and not for the late shift—I do the lunch shift every Sunday.

It doesn’t pay as much as a night shift, but I don’t need that kind of cash anymore. Well, sometimes I do, but then I just ask for an extra shift. I know that I need this degree if I am going to have a better future.

I still work at the bakery every morning. I start at 5 a.m. and work till nine before heading to school. After school I go back to the bakery and start making the pastries for the next day.

I always knew I was good in a kitchen, and I’m very good with pies and such. This job was what I knew, and the bakery, along with the people who took me under their wing, has saved me on more than one occasion.

As the class goes on and on, I feel the stares of the other students boring holes in my back as I ask questions. Sorry peeps, but I actually want to graduate soon.

You see, I would normally be able to graduate this year.

I only need to take this class and Business 3.1 to get my business degree and graduate. I am not looking forward to this year. I have more classes, which means less time at home.

My beautiful little home. I bought the house for almost nothing as it needed lots of renovations. It’s the reason I bought it in the first place. With some cheap materials and money, I made it into my little home.

Believe me, it isn't much, but with the help of my work at the bakery, I will be able to pay it off.

It had been my boss’s house. They moved into the apartment above the bakery to be closer, and since their kids are all grown they didn’t need that much room anymore.

I only have to pay the same as I had been paying for my apartment each month, and I’m proud to say that I have almost paid them back.

I don’t like charity. I can make it on my own, and that’s why they accepted a reasonable price for the place. Even if they didn’t want to.

“Anna Johnson, stay behind please.” The oohs fill the room, but I know why he’s asking me to stay.

Let them think I’m in trouble. It will fill their minds with all the gossip they want, since none of them actually know me. They don’t like the fact that I’m older and I don’t socialize.

So if they need gossip to stay away from me, that’s fine by me.

The most hurtful gossip I have heard is that I was in a mental hospital for two years, and that’s the reason I’m only now in school. Like, do I really look that crazy?

I’m just a normal girl with light brown hair with brown eyes. I do have curves, but it’s not like I’m fat.

My eyes are my most attractive feature—the color of them is how you might describe the color of a deer. Very light brown, almost amber.

I never really liked my curves much since they appeared when I was in high school.

In high school, I had been shy. I’d had a hard time because they would tease me about my curves. I have thighs, so what? I had to learn to love my body. At sixteen I didn't have any self-esteem.

They were so mean to me that I came home crying. It broke me. And the fact that my parents were so religious gave them even more ammo to bully me.

Over the years, my skin got thicker and I got over the fact that the other kids didn’t think I was good enough. I like to think they were just jealous. I grew a mouth too—I won't let anyone walk all over me anymore.

But I don’t mind the gossip. I think it’s funny, the stories they’ve come up with just because I am older.

I do get that I look different.

Apart from being older, I don’t have the money to buy myself fancy clothes like some of them do. And with the lack of sleep because of my job, I must look like a zombie coming straight out of a movie.

But like I said, I don’t give a fuck.

I walk toward Professor Stanford. He walks past me and closes the door.

“I'm fine, Jim.” The look on his face is telling me more than it should. I roll my eyes at him, knowing where this is going.

“She’s fine, Jim. Why don’t you and Auntie Liz come over for dinner tonight? Then you can see for yourself.”

A couple of weeks ago, my baby girl had to go to the hospital. She fell down the stairs and hit her head.

She had to have a couple of stitches, and right after that she had pneumonia due to the cold weather, or so they say. So she couldn’t come home for five days.

Jim’s wife, Elizabeth, was watching her, like she does almost every day, when she fell. She felt so bad, but it wasn’t her fault.

I know most moms—definitely most young moms—would have had a huge fit, but Olivia had climbed over the baby gate.

She knows she shouldn’t do that. I had warned her every damn time, but I guess she’s like her father. She needs to find out for herself that something might not be a good idea.

“Come over and see for yourself! She's fine. She’s just like her father—she needs to find things out on her own, even if that means falling down the stairs. It just happened to be Auntie Liz there instead of me.

“It would’ve happened either way—Olivia likes to try everything for herself. The pneumonia was a big scare, that’s true, but her breathing is fine now. The antibiotics have kicked in, she’s almost finished them.”

He sighs in relief and raises an eyebrow.

I clamp my hand over my mouth. I never talk about her father—I don’t even think of him anymore. He doesn’t deserve the honor. Well, not really.

“Anna, no. I don’t know who he is, and to be honest, if I find out he’ll get what comes his way. If karma doesn’t do it, then Uncle Jim will,” he says, pointing to himself. I shake my head.

“I don't know much, Anna, but I do know you are raising your baby girl all alone. Nobody should do this on their own.”

I sigh deeply. “He doesn't know…,” I mutter under my breath, staring at my feet.

I shake my head. He sounds so disappointed…I can’t have him disappointed in me. He means too much to me and Olivia.

“He doesn’t know. He got the chance of a lifetime—his dream job. I told him to go chase his dreams like ‘the good girlfriend’ I was. I only found out a couple of weeks later that I was pregnant.”

“I tried to get in touch with him, but let’s just say he wasn’t interested.”

“It's fine, Jim. I'm fine. Olivia is fine. I don't need him, and neither does she. I wasn’t even surprised when I found out his number changed.

“It's just something he would do—a new start, not thinking about the consequences.”

“Go to your next class. But just so you know, you deserved better, Anna,” he says with a smile as I make my way toward the door.

“I know, but I wouldn’t want to change a thing. See you tonight, 7 p.m.? It’s pasta night.” That makes his face light up.

“Oh, we’ll be there. Your pasta is the best.” I smile at him as I leave the room.

I walk toward my next class, Business 3.1. I know I’m late, but it doesn’t matter. Half of the students in the class know I had to stay behind. And they will definitely tell the teacher about it since it’s the latest gossip.

I rush over to the classroom and knock on the door.

“Enter,” a dark voice says. Why does that voice sound so familiar? But that could be the fact that I had this teacher for the past six months. But it doesn’t sound at all like my female teacher.

I open the door and walk in without looking at the person in front of me.

I close the door behind me. I turn around, coming face-to-face with the one person I had never wanted to see again.

“Shit!” I say, too loudly, as I stand there face-to-face with my ex-boyfriend, James-Freaking-Brown.