Aria Delphine is descended from the first witch ever to live. The aura of power that flows from her is enough to make most supernatural beings run for the hills—but not Kai Baltic. Kai is the only hybrid in the world, a mix between vampire and werewolf. When war strikes too close to home, he’s forced to call in a strong ally, and shocked to discover that she’s his mate. Will these two unique beings find a way to navigate their shared fate? 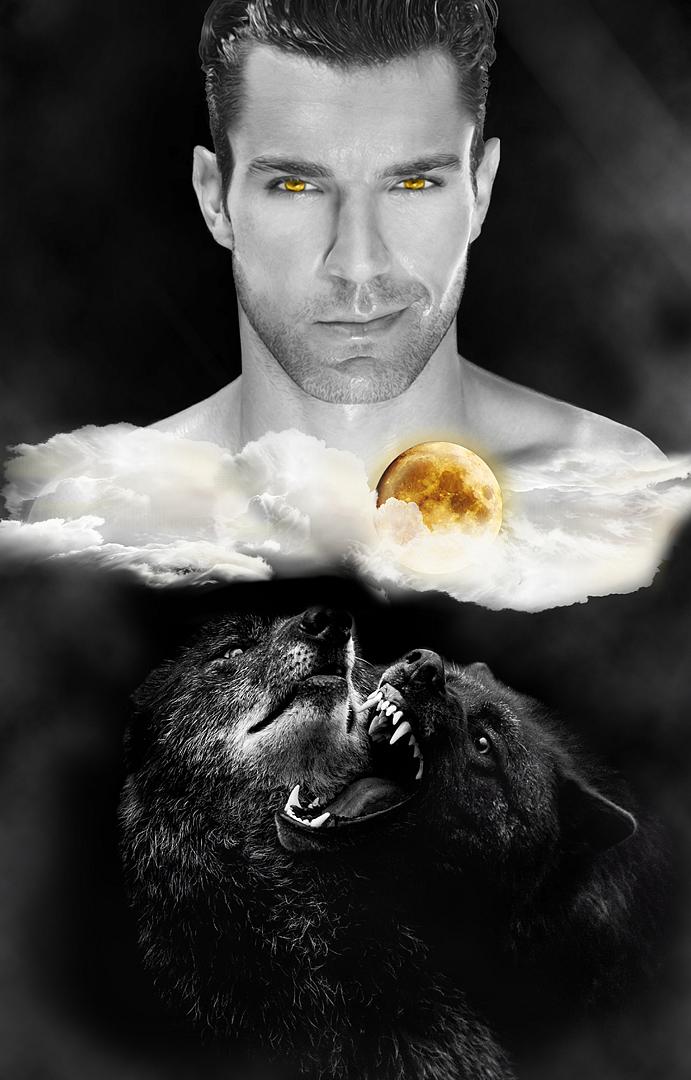 Aria Delphine is descended from the first witch ever to live. The aura of power that flows from her is enough to make most supernatural beings run for the hills—but not Kai Baltic. Kai is the only hybrid in the world, a mix between vampire and werewolf. When war strikes too close to home, he’s forced to call in a strong ally, and shocked to discover that she’s his mate. Will these two unique beings find a way to navigate their shared fate?

The thin paper pressed loosely on my fingertips as I nearly laughed at the contents it held.

“I never thought I’d see the day. The Hybrid needs help from little ole me.” My hand sarcastically placed over my heart and I heard Callum scoff as he mumbled something under his breath.

“You know a big ego doesn’t suit you. Maybe try being more selfless.” He threw the knife at the tree and missed, causing it to reflect off the bark and onto the ground.

“Because I’m a woman and ladies don’t act in such manner blah blah blah. I know.” I rolled my eyes in his direction.

“It would be great if you could take this seriously.” He ran his hands through his dirty blonde hair, allowing his curls to flop back down.

His hazel eyes flashed up at me with a slightly pleading look that took me by surprise.

“Callum, you’re my Protector. Aren’t you suppose to keep me away from things like him?” My brows furrowed at the sight of him becoming more frustrated.

“My point exactly, I am your protector not the other way around.

“Think about it in this light, if you help him you’d have a solid ally whenever there comes a time you’re in need.” He said, throwing another knife at the tree with a tad bit more force this time.

“Helping a magical mistake in a war that I know nothing about? Yeah. Right.

“Sounds like a great plan, in fact I’ll be the front line!” I shouted sarcastically and I seen his eyes grow darker at the tone I had used.

Shoulders tensed with a deep frown etched into his expression.

“I can practically feel my ancestors’ disapproval all the way from limbo, hell my mom might even break out just to come beat some sense into me.” I said and looked up to meet Callum’s glare.

“I won’t ask again, we are going to help the Hybrid and that’s final.” His jaw clenched together and he spared me one last glance before turning around and walking off towards the temporary cabin we had been staying in.

What the hell was he thinking? He couldn’t just demand me to go then walk away from me like he was my father.

Narrowing my eyes at his descending figure I felt my legs move to their own accord, following right behind him.

This conversation was not over.

“We get there, meet him, be guests in his home, become buddy buddy before he drains us of our blood?” I said entering the house to find Callum already throwing some of his clothes into a red suitcase.

“Aria not-,” I didn’t give him the chance to finish.

“No, he might rip our heads off for looking him directly in the eyes, I’ve heard that’s a stupid rule for the werwolf kind.” I snap. “And who exactly is this war even against?”

I got silence as an answer.

“See, you don’t even know yet you’re so willing to just pack up and head there! It could be a trap!

“When did you become so reckless in your decisions?” I opened my mouth to continue my rant but Callum slammed his fist straight into the floor, his body moving up and down from the heavy breaths he was taking.

My mind went blank as he slowly looked up at me with darkened hazel eyes, almost completely brown.

“When I started losing my powers Aria! That’s when I became reckless in my actions!

“That’s when I started thinking of every possible way to keep you safe!” He shouted before taking a deep breath and shaking his head slowly.

My heart sank at his words. There’s now way he was losing his powers, witches don’t just lose their powers.

“What... what do you mean?” I asked, easing down on the floor beside him. “We don’t just lose our powers Callum that’s impossible.”

He scoffed at my words before looking back at me, his hazel eyes had returned and I was thankful for that.

“I’d lay my life down for you in a split second but as of now, I don’t think that I could put up much of a fight.” He stated, laying his head back on the bed that was behind us.

His eyes fell on the wall infront of him.

“So when you said you wanted to help the Hybrid so he’d owe me... this is why?” I asked slowly and he nodded. Even though he was the one losing his powers he was still putting me first.

He wanted to make sure if something ever did happen to him, I wouldn’t be without someone to help me.

“But I’m the descendant of the first witch, that’s gotta count for something.

“There’s got to be something I can do to stop it or to help you.” I said as I sat up on my knees and reached for Callum’s hand. As soon as I grasped it and closed my eyes he pulled away.

“I promise, there’s nothing you could do to stop this and even if there was, I wouldn’t allow you to try it.” He said before giving me a small smile.

“Don’t look at it like this is the end. There’s always a new beginning. Who’s to say that I won’t just become human or that I become stronger?

“We don’t know the outcome so don’t stress that tiny little brain of yours.” He playfully said and my mouth dropped open before smacking his shoulder.

I smiled down at the floor before looking back up to see his eyes wide, staring right at me.

“What?” I asked but got no answer and he started backing away slowly. “Callum what is it?” I asked again.

“I.... I think I see... smoke coming from your ears!” He shouted before standing up allowing laughter to pour from him in waves. “Oh that was a good one, I had you going you should’ve seen your face!”

I stood up and narrowed my eyes at him before he finally stopped laughing.

“Oh don’t give me that look, go get packed up so we can hit the road and don’t take forever either. We’re already running late.” He shouted behind me as I walked out towards my bedroom.

“You know, you’re like the brother I never had.” I shouted back and heard a chuckle escape him before he answered.

“And you’re like the little sister I never wanted but got anyways.”

After I finished packing Callum came to my room and collected my suitcase.

“So how far does the Hybrid live?” I questioned as we walked out the door and towards the sleek black car sitting out front. Callum popped the trunk and threw our luggage into it.

He looked up at me with a smirk.

“About a five hour drive so I’d advise you to slow down on any fluids because I’m not stopping every ten minutes.” He said as he slammed the trunk.

He walked to my side of the car and opened the door for me before headed to his side.

Oh this is going to be a long ride.