From the author of The Deal.

Who says you can only have one perfect match in the world? An invitation to a famous Bane party sets Willow on a path that will change everything. Brothers Sebastian and Damon couldn’t be more different, but their lust for Willow is the same. With one brother, everything seems so simple, while with the other, it’s anything but. Must Willow choose one, or can the two men find a way to share? 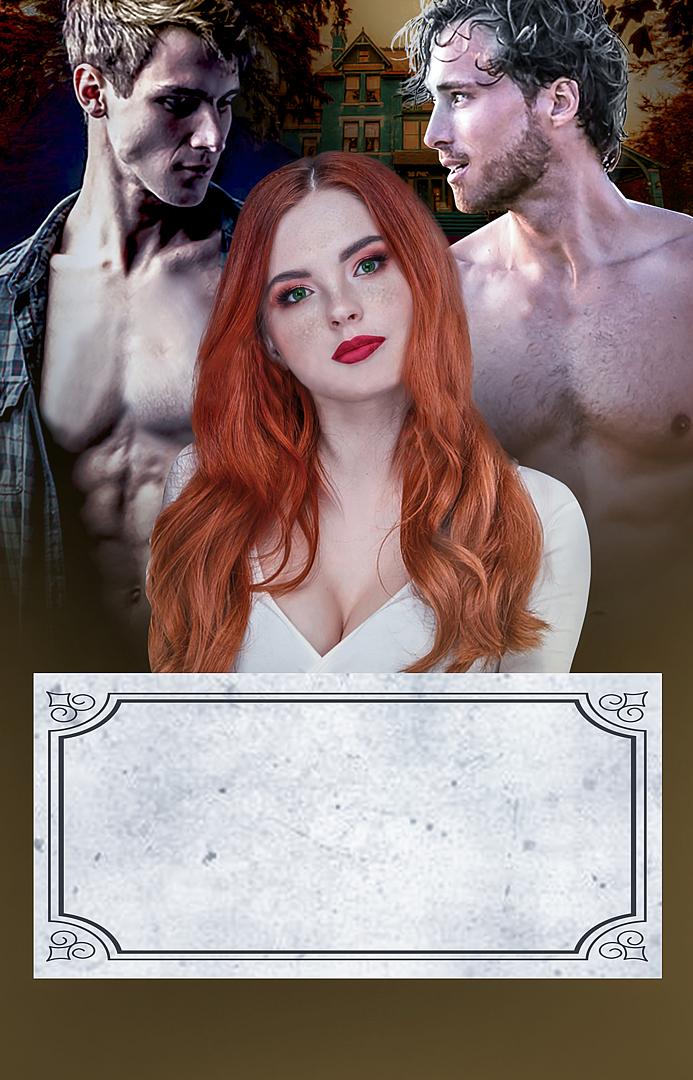 From the author of The Deal.

Who says you can only have one perfect match in the world? An invitation to a famous Bane party sets Willow on a path that will change everything. Brothers Sebastian and Damon couldn’t be more different, but their lust for Willow is the same. With one brother, everything seems so simple, while with the other, it’s anything but. Must Willow choose one, or can the two men find a way to share?

The lavish black envelope that held her invitation sat, unopened, on her kitchen table.

It was matte black, her name engraved on the front in silver calligraphy and a silver wax seal, stamped with the Bane house crest.

She had received the invitation yesterday, and it had sat exactly where it was now ever since. She just couldn’t bring herself to open it. She knew exactly what went on at Bane parties.

Full of beautiful people with enough money to buy whatever their hearts desired - and according to her best friend, Lorie, they did just that.

Lorie had been invited last year by the oldest of the three Bane brothers, Luca.

She had accepted - as if there’d really been another option - and when she’d returned the next morning, Lorie couldn’t believe what had gone on.

She’d immediately woken Willow, unable to wait to tell her what had transpired - though she was sure her friend wouldn’t believe her.

Willow had heard the most unbelievable story about wealth, beauty, and sex that she’d ever imagined.

It turned out the Bane men knew quite a few people who shared their tastes for, seemingly to Willow, depravity.

Lorie had spoken of at least 100 people at the party, which wasn’t exactly surprising. Everyone knew the Bane’s for one reason or another.

Willow had been slightly stung that she hadn’t been invited, but she wasn’t exactly surprised. She wasn’t the type that the Bane’s typically invited to events like those.

Lorie was tall and thin with straight blonde hair and light brown eyes. Her skin was nicely tanned and somehow to Willow she always seemed put together - more put together than her anyway.

Lorie fit in well with the look that the women typically invited to the party had.

Willow, on the other hand, was barely 5’2. She had lush curves, a decently sized chest, and a mane of unruly, curly red hair that spiraled to mid-back.

Her skin was porcelain, with the slightest dotting of freckles across the bridge of her nose, drawing attention to the one feature she really liked about herself - her bright green eyes.

“Willow, come on. You can’t tell me you don’t want to open it and see which brother invited you.” Said Lorie from her spot on the couch.

“I know exactly who invited me.”

Lorie rolled her eyes, “So then you should definitely go. Hell, I’m going.”

“Beautiful, skinny women, money being thrown left and right, people fucking everywhere - what about that sounds like somewhere I should be anywhere near?” snapped Willow, standing up from the kitchen table.

She needed to stop staring at the letter or she might actually be tempted to open it.

“You’re a beautiful woman.” Reminded Lorie, “Besides, it’s not like you have to participate. Plenty of people go just to relax.”

When Willow said nothing Lorie continued.

“Oh come on! We could have a great time. Get drunk, get rich guys to buy us drinks, dance - you can’t tell me it doesn’t at least sound intriguing.”

Willow sighed, Lorie was right. It did sound intriguing, but she didn’t want to admit that.

“Please. What did you and Luca end up doing last year? You won’t be with me for more than ten minutes and you know it.” She said with a chuckle.

“If you go I promise you I’ll stick with you - unless of course you decide that you find someone fun to do.” She said with a wink, both women bursting into laughter.

This was why she loved Lorie. They’d been friends for 20 years, ever since kindergarten. They knew each other better than anyone did.

Willow released a deep sigh, looking over at the invitation on the table once again, before giving a resigned eye roll and breaking the seal.

The paper that the invitation was written on felt fancy. It was off-white, and written on it in beautiful calligraphy that matched the front was:

You are cordially invited to the Bane’s yearly festivities taking place at 11pm on October 13th at the Heathcliff Estate downtown.

Drinks, food, and entertainment will be available throughout the night.

You will find the dress code and rules in the following pages. The Bane brothers hope to expect your attendance.

Willow flipped through the dress code, still not really processing that she was very likely doing this.

The dress code was what she expected from what Lorie had told her - tight, skin baring, but formal. Heels were a must.

The dress code for men was simply a suit, but she assumed that was so the Bane brothers’ didn’t have to dress up too much themselves.

The rules were simple enough:

1.) Entrance to Heathcliff Estate will close at 12am sharp.

2.) Nobody is forced to participate in any activities they may find uncomfortable.

3.) Invitation must be presented at the gate to be permitted entrance.

“So?” asked Lorie, bouncing on her toes.

Willow sighed, setting the letter down and looking at her, mind finally made up.