Being forced to marry for an alliance isn’t the worst thing for Celia Montgomery, who wants nothing more than to escape her hateful family. Unfortunately Brian Armstrong, Celia’s husband-to-be, has no interest in marriage or children—that is, until he meets the feisty Celia. As it turns out, Celia wants nothing to do with . But Brian is a proud man who doesn’t take no for an answer. He’ll make Celia stay if it’s the last thing he does! 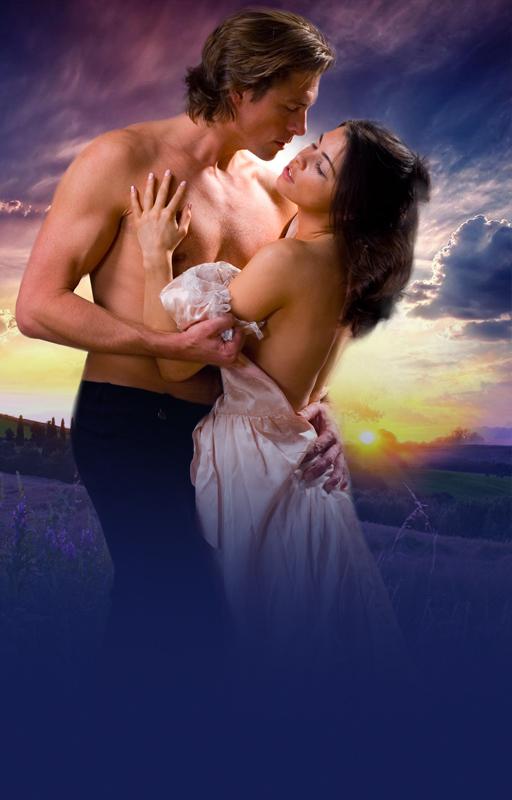 Being forced to marry for an alliance isn’t the worst thing for Celia Montgomery, who wants nothing more than to escape her hateful family. Unfortunately Brian Armstrong, Celia’s husband-to-be, has no interest in marriage or children—that is, until he meets the feisty Celia. As it turns out, Celia wants nothing to do with . But Brian is a proud man who doesn’t take no for an answer. He’ll make Celia stay if it’s the last thing he does!

Celia Montgomery stared blankly ahead of her. She didn’t want to hear the demands and screams that were being thrown at her. Cold eyes stared her down, but she didn’t pay any attention.

Why would they care if she was in pain? Why would they bother if she didn’t belong? They wouldn’t. Her family didn’t care about her at all.

“You will do as you are told girl, or I swear on my grave you will be gone this day!” Charles Montgomery yelled, balling his fists in anger. Celia knew this side of her father.

At that very moment, her father wasn’t serene. He was always enraged at her simply for breathing. Celia wasn’t a fool; she knew that she was a mistake. She was the baby that took everything from him.

In return, he took his anger out on her. She was his punching bag.

“Yes, father” Celia murmured bowing her head down in submission. She would not argue when her father was on a killing strike, nor would she argue with the tyrant when he stood near the nearest exit.

She wouldn’t get a few steps even if she tried. Her father would be upon her in an instant.

A ball of laughter in the back of the room chilled Celia to the bone. Henry McGregor, an ally of her father, and her cousin smirked at her. He knew she wouldn’t dare to defy her father.

Although Celia wanted to say what was on her mind, her cousin knew she wouldn’t risk her father’s displeasure.

“she is something isn’t she Montgomery? I wonder if she is the same in bed, or better yet, will she do as a wife is my question.

“Who would want this piece of filth?” Henry’s hatred for her was loud and clear, but it stung neatherless.

“She will do what she is told, or she will be whipped” Celia raised her head a little bit higher, she didn’t dare disobey her father, for if she did she knew that she would be whipped and wouldn’t be able to walk or sit for a week, or worse yet, she would be laying in some unmarked grave.

“I knew you would come to your senses girl. Brian Armstrong will wed you and give you a home. Children even.”

“I-” she gasped trying to get her breathing and heart rate in order. Brian Armstrong? The man was their enemy and had the strongest clan in Scotland.

Rumor had it that he didn’t spare anyone that was in his way and wouldn’t hesitate to kill you with his claymore.

“Don’t you dare say anything!” Her father growled low, slapping her across the face. Celia didn’t expect it, but when the blow came, it echoed throughout the room.

“Leave her alone Charles. The brat said she would wed the Armstrong.

“The man can’t do any worse than this-” Finella Montgomery, Celia’s mother, announced annoyingly, pointing at Celia with an impatient finger.

“We need the damn alliance! With the raiders coming back, we need more men” one person yelled, grunting with anger. Celia knew it was one of the clansmen. She didn’t know that they were in the room.

The worst part was that people other than her family saw how she was treated and yet they didn’t do anything to stop it.

“Brian Armstrong is a mean-hearted scoundrel; he won’t be able to deal with a wife papa. I hear he has a woman in and out of his bed every day.

“Tis no wonder he has bastards running around-” Jenny Celia’s older sister said glaring at Celia. Anger and disgust in the depths.

“She will learn to adapt. All he needs her for is an heir; once he has a son, I’m sure he will find another to amuse him” Celia’s mother Finelle said grimly.

Celia didn’t know how long she stood in the room, but the time she came back to reality, the room was empty. Tears threatened to fall, but she held on.

She would not show weakness; she would hold on and pray that God had better plans for her.

One day I shall get so far away, that nothing and no one can find me or get a chance to hurt me ever again! She vowed.

Entering her small bedroom, Celia noted that she didn’t even have a room. The bed was slowly falling apart, the tiny wooden shutters on the windows were hanging off their hinges.

The window was cracked, and desperately needed to be fixed, but in the winter did nothing to comfort her. The room was a mess; she had no real clothes.

She wore rags and unwanted garments that no longer were needed and were shredded by the maids. The howl of the cold wind and freezing rain made Celia remember that she needed to escape.

She wouldn’t live among the people who didn’t care about her.

She knew once she married Brian Armstrong, she would be free from her family, and she would be open to escape, and start making her own life.

Brian Armstrong stared at the man in front of him in shock. He prayed he didn’t hear what he thought he heard. An alliance. With the Montgomery’s. It was insane.

“It’s a good reason to wed the girl, my lord, with this you would have another clan’s support. Dougal Findlay, the adviser for the Armstrong clan announced staring into the keeps hearth in thought.

“Why the Montgomery’s? Isn’t it enough to kill my father, and get away with it, but to come back and offer peace, and an alliance to a family wench?

“I would refuse, but with the raids starting again, I can’t risk it” Brian exclaimed balling his hands into fists.

“I understand my lord, but you need extra men to keep the damn raiders off our border, and if I may say so, tis time that you took a wife, and sired an heir- “

“Don’t remind me, Dougal. I have just about all that I can take now.”

“What would you like me to say? The groomsmen are still here; I can send a note to the Montgomery’s. I can see to it that the men leave before dawn-”

“I need to meet the wench. If I think she is worth my time, I’ll wed her. I don’t trust the Montgomery’s.

“For all we know, she could be in on this charade of a marriage.” Brian exclaimed, raking his hand in his disheveled hair.

“Dinner is served my lord” Ashanna, one of the servants, and Brian’s new mistress announced, walking up to the table and leaning over exposing her ass.

Brian turned and grabbed the girl by her waist, and pushed her to the floor, before lifting her skirts, and having his way with her.

Brian Armstrong didn’t want a wife or a child. He wanted his solitude and the warm bodies of the woman waiting to please him. Looking at the woman beneath him, he saw undenied pleasure. Mutual.

That’s how he liked living his life. A wife would destroy all that.

Without a second thought, he gave in to his passion, blocking out all thoughts of his future, and that of the chain already shacked at his throat.