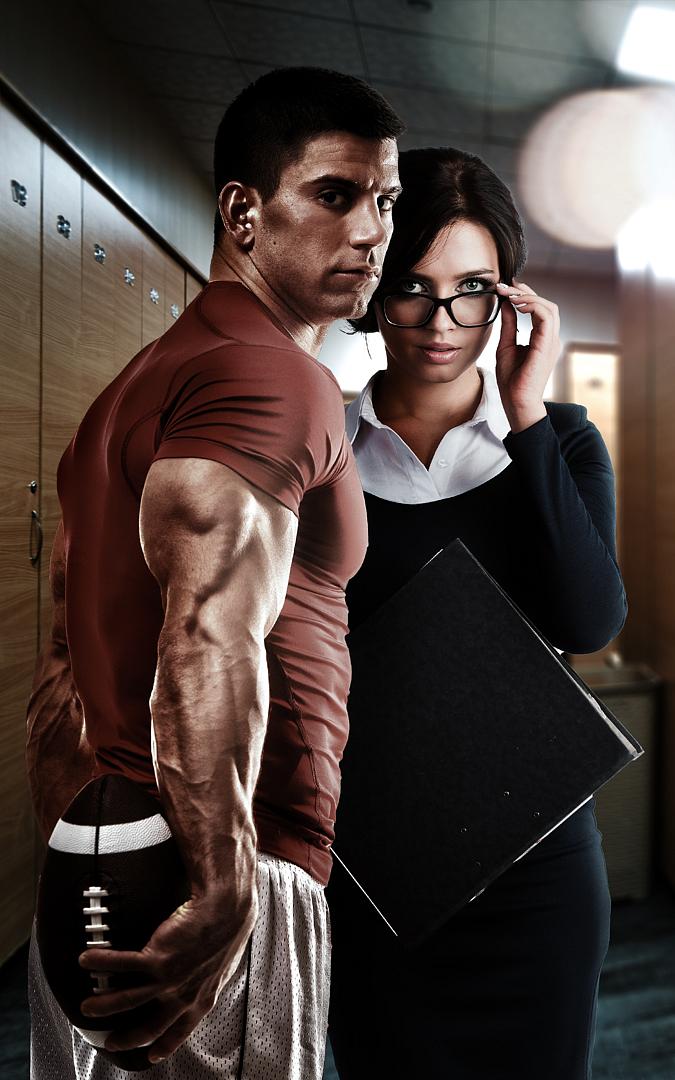 I fiddle nervously with the unraveled string from my sweater as I sit patiently in Dr. Ronan’s office. I have no idea the reason for which he’s called this impromptu meeting.

All I know is that it has something to do with my final thesis, and that worries me.

It’s now August, and while I should have my final grade by now, I don’t; and though I’ve already graduated, I have yet to receive my degree.

I took a monumental risk with the topic of my dissertation—giving it a somewhat personal aspect—and I’m not sure how I fared in comparison with my classmates.

Most assume that being a “child genius”—the moniker kids in grade school bestowed upon me to prolong my humiliation well past high school—means that everything comes easy to me, including school.

However, this isn’t the case.

Having skipped two grades means that I’ve had to adapt to the level of academia that challenges me; and that being said, I quickly discovered that getting my PhD among students who were more well read and more cultured and who had more resources proved to be no small feat.

Not only had I had to acclimate to the rigorous course work, but I did so at a time in my life when most people my age were decorating their graduation caps or packing up their dorm rooms.

Instead, here I am, twenty-four years old, living in a world where my peers are four years my senior.

I have no real-world or life experience, and I graduated with a doctorate in applied mathematics and physics with not a clue in hell about what to do with it.

To say that my emotional maturity has been stunted would be an understatement.

Most girls my age have taken their first shot at relationships and broke up with their first—and possibly second—boyfriend, had their first kiss, and experienced their first orgasm.

According to the standard IQ test, I may be intellectually superior to most men and women my age, but socially, I’m nothing short of an idiot.

Playing catch-up socially and emotionally only made keeping up with my studies all the more challenging.

That coupled with the fact that I work two jobs to help support my father and myself, I’m surprised I managed to finish with an A in all my courses—all except my capstone. So far.

I’m wondering what’s taking Dr. Ronan so long to meet me when the click of the doorknob turning nearly causes me to jump.

I smooth the cheap, rough fabric of my skirt as the handsome man shuffles behind his desk, carrying a yellow file of some sort.

On my first day of classes, I developed a crush on my professor.

I remember thinking he possessed a studious but laid-back charm, and his piercing blue eyes, salt-and-pepper hair, and manicured beard didn’t hurt.

He’s not the typical “teacher” type; if anything, he reminds me more of a lumberjack than a grad school professor, but that rugged, outdoorsy look is what draws women—like my classmates and me—to him like moths to a flame.

Unfortunately for us, though, the man is very happily married.

“Sorry to make you wait, Nova. I’ve been on the phone for the last half hour, and I only just ended the call.”

Dr. Ronan’s eyes brim with excitement, and while I’m relieved he doesn’t seem to have called this meeting to rip my thesis to shreds, my earlier trepidation has been replaced with curiosity.

“It’s all right. But what exactly am I here for?”

Dr. Ronan chuckles, and the fact that he’s practically bouncing in his seat has me on edge to hear his news.

“Miss Connors, in all my years of teaching, I’ve never had a thesis quite as innovative as your own, and well, that being said, I think you should know that I took the liberty to share it.”

I nervously tug at the piece of string once more as wait for him to get on with it.

It’s not unusual for professors to share their students’ work, but it is unusual when they act as though a twenty-page dissertation on how physics can save a failing football team’s season—and potentially the quarterback’s job—is the equivalent of Christmas morning to a seven-year-old.

“Miss Connors, do you know who Gabriel Winters is?”

My jaw nearly hits the floor, and I’m not sure I’ve heard him right. “I’m sorry, did you just say Gabriel Winters as in head coach of the Atlanta Crusaders, Gabriel Winters?”

Surely he did not share my senior thesis with the head coach of the very team I wrote about? Suddenly, my excitement dissolves into panic.

I’m not sure how a head coach would feel about some random math nerd criticizing his franchise player’s offensive strategies.

“Yes, Nova. I sent him and Mike Rodney, the offensive coordinator, your thesis, and I’m not going to lie to you, I didn’t even expect them to read it, but they did.

“I just got off the phone with Rodney, and he wants you to come in for an interview.”

My professor claps like a giddy schoolgirl who’s just passed a love note to her crush, and to be honest, I can’t help but revel in his excitement. There’s only one thing I don’t understand…

“Wait. When you say interview… Wha—”

“He wants to outsource you as a consultant to help him with the offense this season. Nova, your thesis was so brilliant, an NFL team wants to hire you to help them use it!”

I really try to listen to Dr. Ronan after I hear the words “consultant” and “NFL team wants to hire you,” but I can’t.

All I can think about is the fact that I’m interviewing for a job that seemed like a pipe dream just yesterday.

After my mother left when I was twelve, my father and I watched football together as a means to bond and to cope with her being gone.

Eventually, the sport grew on me, and it became my and my father’s very own religion. I grew up watching the Atlanta Crusaders, and now they want me to work for them?

The first thought that enters my mind after I finally leave my professor’s office is, I have to tell Dad.