Jessica just landed the job of a lifetime, working as the second-in-command to Scott Michaels. The only problem is Spencer Michaels, the other CEO—and the man she was hired to replace. When he finds out about her, Spencer stops at nothing to make sure she knows her place… And even though he’s blind, going through a divorce, and a total dick, Jessica can’t help but fall for him. 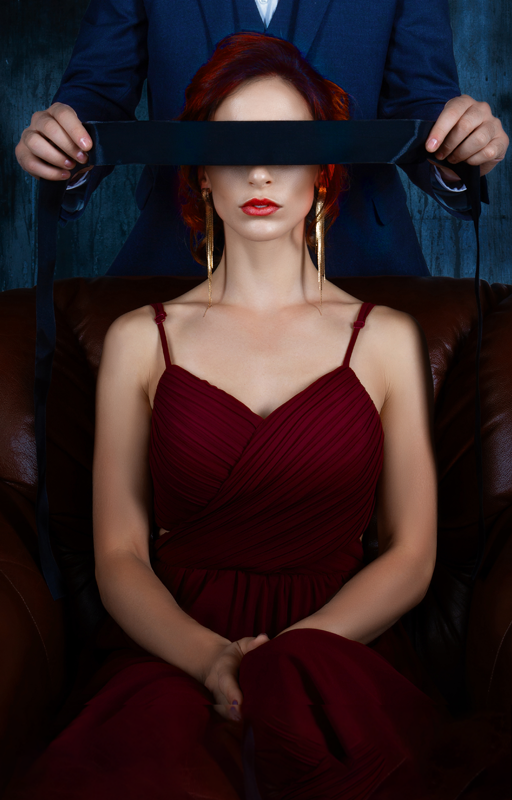 Jessica just landed the job of a lifetime, working as the second-in-command to Scott Michaels. The only problem is Spencer Michaels, the other CEO—and the man she was hired to replace. When he finds out about her, Spencer stops at nothing to make sure she knows her place… And even though he’s blind, going through a divorce, and a total dick, Jessica can’t help but fall for him.

I squinted at the press release on my phone screen: “MICHAELS HOTEL GROUP REVEALS RENOVATION PLANS IN TUSCANY.” Underneath the title was a photo of the two ridiculously photogenic Michaels brothers: Scott and Spencer.

I looked at their smiling faces, internally screaming, Shit shit shit. The press release was early—it wasn’t supposed to come out until next week. Scott was going to have a meltdown.

But I didn’t have time to think about that. I pulled open the door to the boardroom and saw a table filled with men.

They were all middle-aged, wearing some sort of designer suit or another, and looked up at me in surprise.

They probably weren’t expecting someone as young as me to be the second-in-command to Scott Michaels.

Since Spencer had taken time off from helping his brother run their successful hotel development company, Scott had hired me to do everything he couldn’t. Getting the job came as much of a surprise to me as it did to everyone else.

Granted, I did graduate from a top university with an honors degree in business, but that’s not what men like the ones at the boardroom table saw when they looked at me. No, these men saw a pretty twenty-five-year-old with luscious red hair and a picture-perfect smile.

That was why I had to work harder, speak clearer, and think smarter than everyone else in the room. I was a people-pleaser, sure, but I couldn’t have anyone thinking I got the job for any reason other than my capabilities.

“Good morning, gentlemen.” I nodded at them as I took my seat at the table. “Scott’s sorry he couldn’t make it. He’s tied up at the office, but I promise I’ll give him a comprehensive overview of your presentation.”

“You’re the only one he sent?” Mr. Wallace, the man in the charcoal grey suit, asked clicking his tongue.

“I’m his business analyst, Mr. Wallace, so yes. I’ll be here to analyze your business proposal.” The man was clearly annoyed he’d be presenting his million-dollar proposal to some girl young enough to be his daughter, but I didn’t care. “Whenever you’re ready.”

The man sighed and slid a folder toward me. I opened it, seeing a bunch of documents with figures inside. I took a peek as he began to speak.

“Tropic Relaxation is known for its spas around the world. We know that a partnership with the Michaels Hotel Group will increase profit for both of us. If you look at the figures on the first sheet, you’ll see our last month’s profit at a hotel similar in size and location to where your Delilah Estate is.”

The Delilah Estate was the hotel we had in Tuscany, and we were looking to revamp it. That included adding a state-of-the-art spa, which is why I was in this boardroom. Tropic Relaxation was just one of many spa companies looking to win the bid.

I closed the folder of documents and looked Mr. Wallace in the eye. “Tell me, what’s your most profitable spa service?” As an analyst, it was easy to just read the numbers, but that never got you the full picture.

Mr. Wallace blinked back at me. “Our most profitable service? The signature facial, of course. It attracts every kind of client—male, female, young, old. We’ve never had a shortage of requests for it at any of our spas.”

I nodded, pushing back my chair and getting to my feet. “Thank you, gentlemen,” I said as I smiled at them. “I’ll take this back to—”

“What, that’s it?” Mr. Wallace’s right-hand man, the one in the navy suit, hollered from his chair. “You ask us one question and walk out? You haven’t been here ten minutes!”

“I’ve gotten a good read of your proposal and—”

“Are you even twenty yet? You’ve barely been alive long enough to get a good read of anything!”

I stopped moving, looking right at him. “I’ve been alive long enough to know your business is run on convention, not on innovation. Your staff looks at what’s on the page, not what’s between the lines.”

I saw Mr. Wallace’s eyes narrow. I continued anyway. “The Swedish massage is your most profitable service, Mr. Wallace. One look at the figures told me that. Sure, the numbers for the custom facial are impressive—but they ignore the cost. The cost of all the materials needed.”

“You think you can do my job better than me?” Mr. Wallace seethed, slowly rising from his chair.

But I didn’t say that. Instead, I said, “You run a great business. But I can see Tropic Relaxation is happy conducting its operations safely, the same way it always has. Scott’s looking for something new with this project. Something fresh. But like I said, I’ll show him your proposal.”

I took the folder off the table and turned to leave. “Goodbye, gentlemen,” I said as I pulled the boardroom door open. As I walked out into the hall, I was pretty sure I heard one of them refer to me as skank bitch.

I shook my head. I wondered why Scott had sent me here at all—Tropic Relaxation had a reputation for being old and boring. Which was the opposite of what our brand was. And beyond that, it was incredibly out of character for my boss to send me to a proposal meeting alone.

Scott Michaels might have been born and bred for his job, but that didn’t mean he took it for granted. The opposite was true, actually. Scott lived and breathed for his company—he oversaw every decision personally, no matter how small.

Which was why, when he sent me a last-minute email this morning about taking this meeting myself, it felt more than a little off.

Whatever the reason, I’d wasted a half hour of my morning, and I was eager to get back to work.

When the cab pulled up to the impressive Michaels Hotel Group building, I jumped out and hurried through the doors.

By the time I was riding the elevator up to the top floor, to where Scott’s and my offices were, I’d had the chance to take my phone out and check my emails. Forty-four new emails since I’d last checked.

I was striding through the floor, about to turn into my office, when I heard loud voices shouting from inside Scott’s office across the hall. So, that must be the meeting that had tied Scott up. The door was ajar, but I could only make out Scott’s back inside.

“The fucking nerve you have—” a man thundered.

I heard Scott sigh. “Can you just relax for one second, so I can explain—?”

“Explain what? How you went behind my goddamn back and did the one thing we agreed you wouldn’t do?”

“You’re turning this into treason, Spencer.” Spencer. As in, Spencer Michaels. Scott’s older brother. And my other boss. Technically. “It’s not like I did it out of spite—come on, you know that. But I can’t take it all on, not alone—”

“Who are you?” a small voice said from below me, and I snapped out of my eavesdropping session to find a young girl, maybe five years old. She was wearing a tutu skirt and pigtails. I looked around to see who she belonged to but came up empty.

“I’m Jessica. Where are your parents?” I asked, crouching down.

But instead of responding, the girl just grabbed my hand and pulled me across the hall, into Scott’s office. She let go when I was standing in the middle of the room.

Both the men stopped talking, and I looked at Scott first, giving him a sorry-to-interrupt glance before turning to his brother.

I’d never seen Spencer Michaels in person before. Everything about him, from his dirty blonde hair to his square jaw, to his muscular arms in that button-down shirt, made me salivate. The man was a goddamn Greek god.

“Who is she?” the little girl asked again, pointing right at me.

“Leila, this is Jessica,” Scott answered. “Leila’s Spencer’s daughter,” he offered to me, but before I could respond, Spencer started up again.

“This is her?” he raged. “~This is the twenty-five-year-old you hired to take over my job?~”

It hit me then that the argument I was eavesdropping on was about me.

“She’s not taking over your job, Spencer.”

“I can come back later,” I tried to say, but Spencer interrupted.

“Leila, go choose a snack from the kitchen, please,” he instructed his daughter.

“Leila,” he repeated. I watched as she crossed her arms over her chest and stomped out of the room. Then Spencer turned to me.

He wasn’t really looking at me at all, though. His emerald green eyes were stuck about two inches to the left of where I stood. I knew Spencer Michaels was blind, it was no secret. Everyone who read any sort of tabloid knew it.

He had gone in for brain surgery last year, and when he woke up from the operation, he couldn’t see a thing. That was why he’d taken time away from the company. It was very tragic, of course, especially given the fact his wife had filed for divorce not three months later. But I didn’t feel that much pity for him at the moment.

“Excuse me?” I asked, not about to let him walk all over me.

“Was I unclear? You’re doing my work—work I spent a decade nailing down. It’s my relationships, my processes, that you’re using, for ~my~ family’s goddamn company.”

“Well, I’m sorry my being hired was a surprise to you, but I was under the impression you knew,” I said, shooting Scott a look. “And just because I wasn’t handed a family business does not mean I’m incapable. I’ve worked my ass off to get here, and I’m good at what I do.”

Scott nodded. “Jessica’s been a huge help around here. With you gone, I need someone to help me handle everything—”

“I’ve only been gone a few months!”

“Six months, Spencer. And you know I’m good with you taking all the time you need. But I can’t do it alone.”

Spencer sighed a loud sigh, and then he did something I wasn’t expecting. He took a couple steps toward me, so there was maybe an inch separating us. And my body…it felt like it erupted in flames.

This time, his eyes were directly on me, not an inch to the side. It felt like he was reading me, even though I knew that was impossible.

This is beyond inappropriate.

“Well, Jess, proceed with caution. Because I’ll be watching your every move here. And I’m not as nice a boss as my little brother.”

And then, Spencer left the office, and I heard him call for his daughter as he walked down the hall. I exhaled the breath I hadn’t realized I’d been holding.

“That press release…” Scott started talking, but I couldn’t focus. My mind was still on Spencer Michaels and his glistening green eyes.