The feud between Weston Lockwood and me started at an altar decades before either of us was born.Now, due to a twist of fate I’m stuck in a hotel with the man I was born to hate.

Weston Lockwood; tall, smart, cocky, and too gorgeous for his own good. We were fire and ice.But that shouldn’t be an issue, our families were used to being at war. There was just one minor problem, though. Every time Weston and I fought, we somehow wound up in bed. 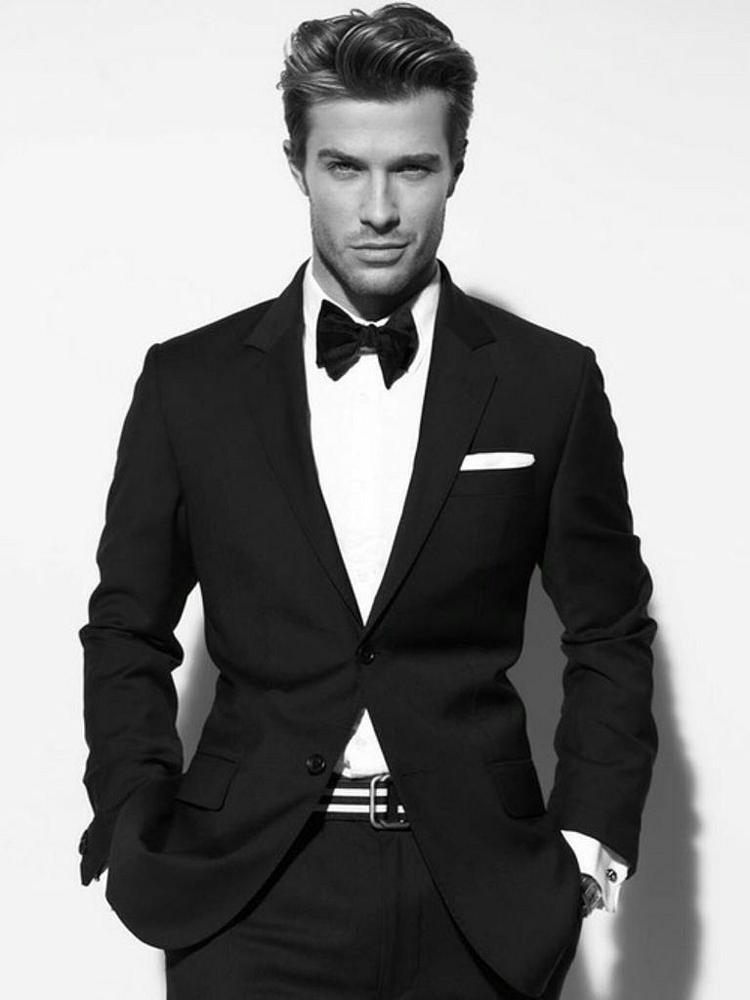 The feud between Weston Lockwood and me started at an altar decades before either of us was born.Now, due to a twist of fate I’m stuck in a hotel with the man I was born to hate.

Weston Lockwood; tall, smart, cocky, and too gorgeous for his own good. We were fire and ice.But that shouldn’t be an issue, our families were used to being at war. There was just one minor problem, though. Every time Weston and I fought, we somehow wound up in bed.

The agent pulled the nylon belt across from one pole to the other and clicked it into place, blocking passage to the gate.

She looked up and frowned, finding me barreling toward her with my wheelie bag dragging behind me. I’d run all the way from Terminal A to Terminal C and now huffed like a two-pack-a-day smoker.

“Last call was ten minutes ago.”

“My first flight was late, and I had to run all the way from the international terminal. Please, I need to be in New York in the morning, and this is the last flight.”

She didn’t look sympathetic, and I felt desperate.

“Listen,” I said. “My boyfriend dumped me last month. I just flew back from London to start a new job tomorrow morning—a job working for my dad, whom I don’t get along with at all.

“He thinks I’m not qualified, and he’s probably right, but I really needed to get the hell out of London.” I shook my head. “Please let me get on that flight. I can’t show up late on my first day.”

The woman’s face softened. “I’ve worked my way up to manager in less than two years with this airline, yet every time I see my father, he asks if I’ve met a man yet, not how my career is going.

“Let me make sure they didn’t close the aircraft door.”

I breathed a sigh of relief as she walked over to the desk and made a call. She came back and unlatched the belt barrier. “Give me your boarding pass.”

“You’re the best! Thank you so much.”

She scanned the e-pass on my phone and handed it back to me with a wink. “Go prove your father wrong.”

I rushed down the jetway and boarded. My seat was 3B, but the overhead compartment was already full. The onboard flight attendant approached, looking very unhappy.

“Do you know if there’s room anywhere else?” I asked.

“Everything is full now. I’ll have to ask them to gate-check it.”

I glanced around. The seated passengers all had eyes on me as if I was personally holding up the plane. Oh. Maybe I am. Sighing, I forced a smile. “That would be great. Thank you.”

The flight attendant took my bag, and I looked at the empty aisle seat. I could’ve sworn I’d booked a window.

Double-checking my boarding pass and the seat numbers on the overhead, I leaned down to speak to my seatmate.

“Ummm…excuse me. I think you might be in my seat.”

The man had his face buried in a Wall Street Journal, and he lowered the newspaper. His lips pursed as if he had the right to be annoyed when he was sitting in ~my~ seat.

It took a few seconds for my eyes to make their way up to the rest of his face. But when I did, my jaw dropped—and the seat thief’s lips curved into a smug grin.

I shook my head. “You’ve got to be kidding me.”

No. Just no. The last few weeks had been shitty enough. This couldn’t be happening.

Of all the planes, and all the damn people in the world, how on Earth could I be seated next to him? This had to be some sort of cruel joke.

I looked around for an empty seat. But of course, there were none. The flight attendant who hadn’t been happy to take my bag appeared at my side, looking even more agitated now.

“Is there a problem? We’re waiting for you to take your seat so we can push away from the gate.”

“Yes. I can’t sit here. Is there another seat somewhere?”

She planted her hands on her hips. “It’s the only open seat on the plane. You really need to sit down now, miss.”

“I’m going to need to call security if you don’t take your seat.”

I looked down at Weston, and the asshole had the audacity to smile.

“Get up.” I glared at him. “I at least want the window seat I’m supposed to have.”

Weston looked at the flight attendant and flashed a megawatt smile. “She’s had a thing for me since middle school. This is her way of showing it.” He winked as he stood and held out his hand.

I squinted so hard my eyes were nearly slits. “Just get out of my way.” I tried to skirt around him without making body contact and slid into my window seat.

Huffing, I jammed my purse under the chair in front of me and buckled my belt.

The flight attendant immediately started her pre-flight safety announcements, and the plane began to back away from the gate.

My asshole seatmate leaned over to me. “You’re looking good, Feef. How long’s it been now?”

I sighed. “Obviously not long enough, since you’re sitting next to me at the moment.”

I rolled my eyes. “Still delusional, I see.”

Unfortunately, when my eyes slid down from the back of my head, I got a close-up look at the man I’d spent my entire life despising. It figured the jerk only got better looking.

Weston Lockwood had been a hot teenage boy. That was impossible to deny. But the man sitting next to me was downright gorgeous.

Masculine square jaw, Romanesque blade of a nose, and big, blue bedroom eyes the color of an Alaskan glacier.

His skin was a rugged tan, and the corner of his eyes had little crinkles that—Lord knows why—I found sexy as hell.

His full lips were surrounded by what looked like day-old stubble, and his dark hair could probably use a cut.

But instead of looking messy, Weston Lockwood’s style screamed fuck you to the corporate world of buzzer-tight, neat trims. Basically, he wasn’t my usual type.

Yet looking at the jerk made me wonder what had ever attracted me to my usual type to begin with.

Too bad he was a jerk. And a Lockwood. Though those two statements were actually redundant, since just ~being~ a Lockwood automatically meant you were a jerk.

I forced my gaze to the seat in front of me, yet felt Weston’s eyes on my face. Eventually, it became impossible to ignore, so I huffed and turned back to him.

“Are you going to stare at me the entire flight?”

I shook my head. “Knock yourself out. I have work to do.” Reaching underneath the seat in front of me, I grabbed for my bag. My plan had been to read up on The Countess hotel during the flight.

But I quickly realized my laptop wasn’t in my bag. I’d tucked it into the front compartment of my carry-on suitcase, because I’d assumed that bag would be in the overhead compartment. Great.

Now my laptop was gate-checked. What were the chances it would be in one piece when I got it back—if it was even still in my bag at all when I retrieved it?

And what the hell was I going to do to keep myself occupied on this flight? Not to mention, the meeting with The Countess lawyers was tomorrow morning, and I wasn’t the least bit prepared.

Now I was going to have to stay up most of the night to study the materials when I finally got to the hotel.

Rather than freak out, which would be my typical M.O., I decided I might as well get some much-needed sleep since I wouldn’t be getting it tonight.

So I closed my eyes and tried to rest as the plane took off. But thoughts of the man next to me kept me from relaxing.

God, I disliked him.

As far back as I could remember, we’d been the Hatfields and McCoys. Our families’ feud dated back to our grandfathers. Though, for most of my childhood, we’d also traveled in the same social circles.

Weston and I attended the same private schools, often saw each other at fundraisers and social events, and even had mutual friends.

Our family’s homes on the Upper West Side were only a few blocks from each other. But just like our fathers and grandfathers, we kept as much distance as possible.

Well, except for that one time.

That one terrible, ginormous mistake of a night.

For the most part, I pretended it had never happened.

For the most part…

Except for every once in a while…

Every once in a blue moon…

When I thought about it.

But when I did…

Forget it. I took a deep, cleansing breath, pushing those memories out of my head.

That was the absolute last thing I should be thinking of right now.

But why the hell was he sitting next to me, anyway?

Last I’d heard, Weston lived out in Vegas. He ran his family’s southwest-area hotels—not that I’d been keeping tabs on him or anything.

So what were the chances I’d run into him on my way to New York? I hadn’t been to the east coast in at least six years now.

Yet we wound up sitting next to each other, on the same flight, at the same time.

Please, Lord. Please don’t let it be that.

I turned to Weston. “Wait a minute. Why are you going to New York?”

He grinned. “Take a guess.”

Still not wanting to believe it, I held on to hope.

He shook his head, maintaining his arrogant smirk.

I closed my eyes, and my shoulders slumped. “Your family sent you to manage The Countess, didn’t they?”

Weston waited until I opened my eyes before delivering the blow. “Seems like we’re going to be seeing more of each other than just this short flight.”