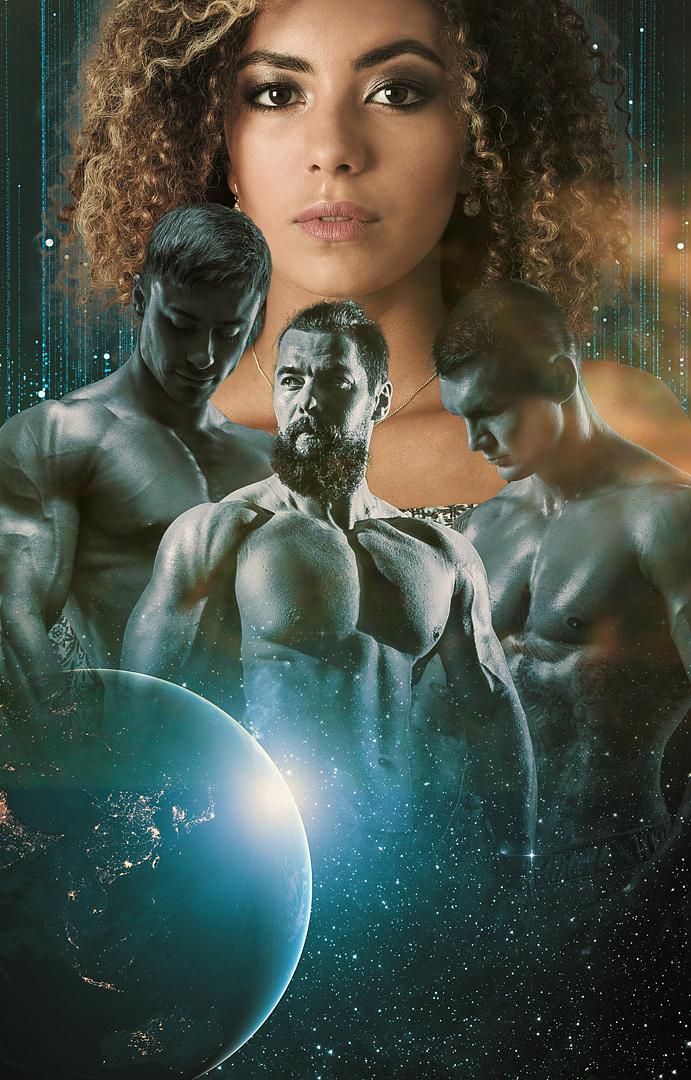 Raven slammed her fist into the emergency evacuation button.

“What the hell are you doing?” Captain said.

He threw a box into the pod.

This heap of crap had kept them afloat for all this time. After everything, a space storm would end humanity’s last hope. The Bella was the last ship able to travel from Earth.

It groaned as pieces flew off into the vast dark.

“They put their trust in us. We took an oath,” she said.

“Raven, stop being stubborn and get in. First-class passengers and essential personnel only. She would tell you the same thing,” Captain said, helping others inside.

The same ones complained about not having enough fresh air in their cabins and demanded that they cut other passengers’ air percentage.

“She said a lot of things.”

“You can die here with the rest of them then,” he said, closing the pod.

One by one, each started to pop out into the stars. People began to gather up in the shaking hall. The crowd became frantic at the sight, pushing and rushing to the last pod.

“Listen up! Children go into the last pod. I need ten volunteers to help me land this beast, and everyone else, strap in. We’re going to have to make a detour,” Raven said into the intercom.

“What if we can’t land it?” someone yelled from the back.

“All this time you’re wasting on talking, we could be landing. Shut the fuck up and do as I say, or I will throw you out of the airlock.” Raven scanned the crowd.

To her surprise, no one else argued. Maybe the sight of the assholes fleeing, leaving them behind, kicked in their survival mode.

She picked out a few people to load the kids up and locked everyone else in their seating area. She and the volunteers made it to the bridge, to the consoles blaring “Danger” messages.

Strapping in, she set a course for the closest planet. It was either this or float out here until they died. They had ten minutes before the ship fell entirely apart.

She couldn’t wait to get out of this coffin. Rocks pelted the ship hard. She gripped her stomach, hoping to coax the food back down. Bright explosions erupted in the distance.

“When I call out your station, hit your button, and so help me if you mess up and we’re not dead,” she said.

“Yes, sir,” they called out in unison.

The dash turned red, and warning messages littered the screen again. She cursed to high heaven.

Raven pressed the pod escape button and launched the kids on the Captain’s route. She punched the override button and pushed the speed to max.

They would make it; it was only minutes away. The remaining pod headed toward the destination. The ship broke through the atmosphere and flew apart at the seams.

Another glorious message informed her that the landing gear was busted.

“Everyone, get to the seating area in two minutes! I’ll eject it, and the secondary system should take over,” Raven said.

“No! Are you insane? The ship will split in half; you’ll be exposed. I’ll stay behind. I’ve lived my life.” An older man tried to unbuckle her.

“I don’t plan on dying, old man.” She held up the suit. “Plus, how could I face my sister again? Make sure they don’t kill each other once you land,” she said.

He nodded before taking off. Suiting up was difficult, but she managed.

She was not religious, but she prayed that they would survive this as she rubbed her gold bracelet. Once the screen blinked, she pressed the ejection button.

“Give me a closer look at the fifth quadrant,” Arenk said.

The computer never lied. So who the hell was entering their planet without clearance? He rubbed his chin. No identification number. Black-market ship? They would use cloaking to avoid the scanner.

A rookie brought up the live feed on the main screen.

“Zoom in.” He leaned closer to the screen.

What language is that? Before he could get a glimpse of the entire word, the ship broke apart and crashed in the forest outside of the quadrant. The rookies could use the practice.

He reached for his earpiece.

“Hold it; we should go. I need a new cruiser, and I have my eye on that new place. A two-way split is better than five,” Laro said behind his hand.

“No, we go through the proper channels,” Arenk said.

Just before he pressed it, Laro said, leaning back in his chair, “I guess you don’t want one of your own, ’cause it won’t happen in our lifetime at this rate.”

“We will be rewarded when we’ve earned it,” he said.

“I’m sure our fathers said the same thing. Too bad we can’t ask them,” Laro said.

“Isn’t that something you want different for your future seed? Or are you content with your bi-monthly sessions with no hope of raising yours? That’s if you even know if you did or not,” Laro said.

Arenk let out a sigh and rubbed his chin.

“Rookies, divide into two teams. One on surveillance and the other on standby in case backup is needed. This is a code black,” Arenk said.

Laro had a spring in his step as they exited the building. They would either hit the jackpot and live well or be taken out by whatever was on that vessel.

The sweet smell of leather and metal greeted them as they strapped on their armor and weapons. Laro didn’t bother to put on his complete set.

Arenk wouldn’t be caught dead without every single piece.

“Put all of it on. We don’t know what’s out there,” he said, starting the cruiser.

“It’s probably a smuggler, and they’ll be long gone before we get there. Don’t worry so much,” Laro said with a big smile.

They followed the smoke in the sky to the first crash site. These vehicles were great off-road. They ripped through the forest like a boat on the sea.

Laro stuck his head out the window, eyes closed, feeling the wind through his hair. It was almost long enough to wind sail with.

They first checked the surrounding area for anyone hiding and put out the flames. The ship was a wreck. Still, there could be something of value on board.

Even if they just stripped it for parts, it would be a nice payday. It was dark inside despite the bright day. Wires dangled and sparked as they made it to the cockpit.

“How old is this ship? We can’t sell any of this on the mainstream market. I have a few buyers that are into antique ships,” Laro said.

“Up there.” Arenk crouched with his gun aimed at the hunched-over body in the captain’s seat. They approached with caution. “Hands up, you’re under arrest for illegal entry.”

As they surrounded it, Laro kicked the body. It fell with a colossal thud. He began to try and pry it out.

The suit hissed and opened.