Siblings Cadi and Rick have the power to manipulate the time stream. But now Rick is in a time coma, and he's not entirely sure what that means. He can't remember how he got there - and he doesn't know how to wake up. A mysterious woman named Mary insists she can help him. But can he trust her? 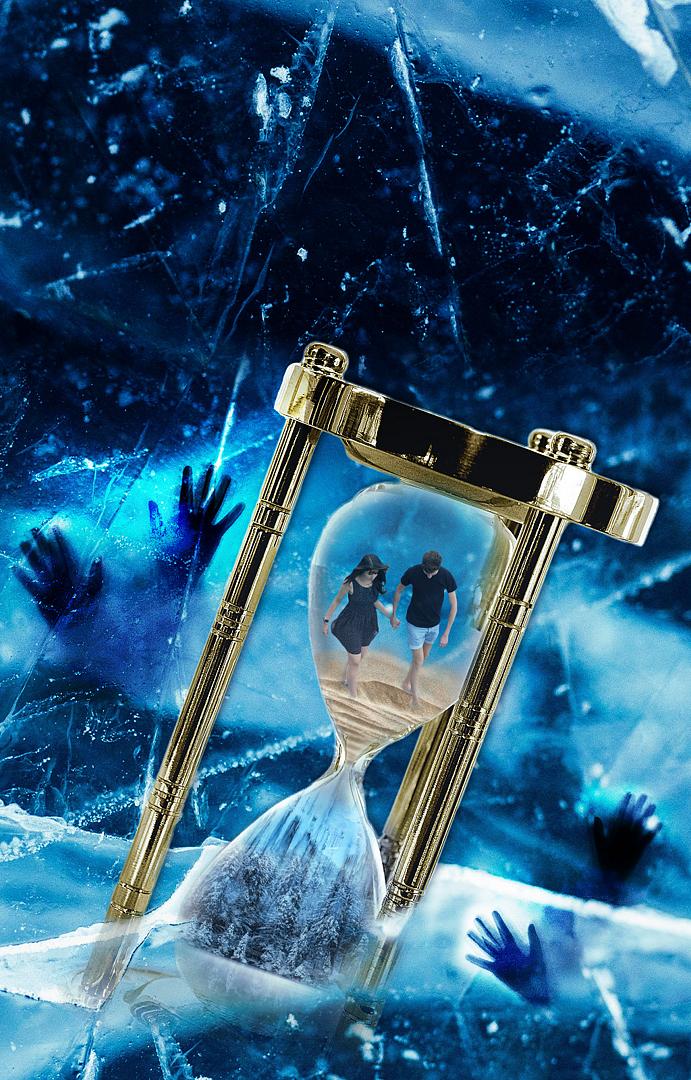 Siblings Cadi and Rick have the power to manipulate the time stream. But now Rick is in a time coma, and he's not entirely sure what that means. He can't remember how he got there - and he doesn't know how to wake up. A mysterious woman named Mary insists she can help him. But can he trust her?

He was trapped at the bottom of an hourglass, the sand falling down on him. He was going to die in here!

He looked around desperately for a way out and saw a little girl with short black hair with her nose pressed up against the glass. He forced his way through the rising sand and pounded on the glass.

The girl merely stared at him with a sad expression. The sand was now up to his chest.

The girl continued to stare at him as a tear rolled down her cheek.

“HEEEELP!” he yelled in anguish as the sand came up over his head…

Rick awoke with a start, feeling shaky and sweaty. His eyes darted around the dark room of his dormitory. It was only a dream…again.

He slowly laid back down on his cot, unable to shake the terrified feeling he felt—the sense that he was in danger…

But he knew that was impossible. After all, what danger could he possibly be in at a boarding school for boys?

At that moment, he thought he heard something. He sat back up and squinted in the darkness. He swore he’d heard a little girl laugh…

And there it was again! He knew he heard it that time.

Silently, he crawled out of the covers and made his way past all the other sleeping boys and toward the door, which was slightly ajar.

He looked out into the hallway, and to his surprise, there was a little girl a few feet away, the moonlight glimmering on her short black hair. She smiled at him and ran around the corner.

Rick blinked. It was the girl from his dream. Again. She was always wearing the same clothes—a pink shirt and blue trousers—which was odd enough…

He looked around to make sure no one was watching him, then he quickly tried to follow her as quietly as he could. But as soon as he rounded the corner…

“Wille! What are you doing out of bed?”

The seventeen-year-old stopped dead in his tracks at the sound of his last name and slowly turned around.

“Professor Penegar! I didn’t see you there…”

The professor stepped out of the shadows and folded his arms.

“Seeing things again, are we?”

Rick looked down the long, dark hallway and then back at his mentor.

Professor Penegar sighed. “There’s nothing to your dreams. Stop trying to chase what isn’t there. These dreams about carriages that move on their own, and women in trousers, and vision boxes—”

“It doesn’t matter. It’s not real. Pay no mind to these things.”

Rick dejectedly hung his head. “I’m just so confused… What does it all mean?”

“We can talk about it tomorrow. But for now, you have to go to bed.”

Rick let himself be led back to the dormitories, but he couldn’t help looking back over his shoulder to see if the little girl was still there.

It had been a wretched day.

The next morning, Professor Penegar had made him meet with a doctor, who had told him to simply ignore the little girl. It was easier said than done, but Rick did his best.

When the little girl realized he was ignoring her, she pitched a fit. She stood right by his desk and stared at him for all of astronomy.

She wrote a message on the chalkboard in his mathematics class that only he could see. It read LOOK AT ME. In history class, she threw his papers everywhere, burst into tears, and ran out of the classroom.

As distracting as it all was, he was the only one who could see it.

Now he simply stared at his reflection in the pond, throwing rocks in and watching the ripples distort the image on the water—a pensive boy with black hair and sad green eyes.

Rick jumped and turned around to see a young woman who looked to be in her twenties looking down at him.

“Mind if I join you?” she asked, picking up the bustles of her dress in preparation to sit down. Rick mumbled something unintelligible and turned back to dropping rocks in the water as she sat down.

“I wouldn’t trust anything Professor Penegar says, if I were you,” she said.

“Oh really? And what makes you say that?”

The woman paused and thought about it for a second.

“How do I put this delicately? Hmm…let’s just say he isn’t looking out for your best interests…”

“And what would you know about my best interests?” he asked skeptically.

She laughed. “I know a lot more than you at this point in time.”

Rick let a larger rock plunk into the water, feeling agitated that this woman seemed to be toying with him.

“I doubt you really know anything about me…,” he mumbled.

“I know that you’ve been trying to ignore your sister all day.”

Rick froze and then slowly turned to her. “Sister? I don’t have a sister!”

“Don’t you? It’s interesting you didn’t object to the fact that you are ignoring someone. You just don’t remember that someone being your sister. Think hard. Try to remember. Try really hard, Rick.”

He looked back down at his reflection. He didn’t have a sister…did he? His mind suddenly felt very hazy.

“Wait—how did you know my name?”

“What’s that supposed to mean?”

“You’ll find out later. So about your sister…”

Rick folded his arms and sat back obstinately. “What about her?” he grumbled.

“Haven’t you noticed? She’s been trying to get you to follow her. And there are people trying to stop you.”

“Yes. Especially him. I know you don’t remember, but you have some fears regarding him.”

“I don’t have time for this,” he said angrily, standing up to leave. But when he turned his back on her, she was suddenly standing in front of him.

“This is serious, Rick,” she said placidly, her smile gone. “You are in danger. If you don’t listen to me, you are going to die.”

Without warning, he suddenly got a flash of pain in his head, which almost caused him to black out. His nightmare of the hourglass danced before his mind, and then the pain subsided.

The girl regarded him with concern.

Rick rubbed his head as he pondered all the confusion, when out of the corner of his eye, he saw pink. He slowly turned to see the little girl staring at him from the edge of the woods.

Rick jumped over logs and ducked under trees, keeping his eyes open for the popping pink color. At one moment he thought he’d lost her, but then he heard her laugh.

As he continued to follow the little girl through the woods, it oddly enough began to snow.

He got to a clearing and stopped to catch his breath. Everything was silent. He looked around, but the girl was gone.

Frustrated, he kicked a tree, sending some snow cascading down on top of him. Then he paused.

This clearing looked familiar… He had run through these woods before—with his sister.

“Get back here!” a voice yelled angrily in the distance.

There was rustling in the bushes, and to Rick’s astonishment, he was soon looking at a seventeen-year-old lanky boy with short black hair and a rather anxious, terrified look on his face.

He was looking at himself.

“Cadi!” the memory version of Rick called out in a whisper. A second later, the little girl that Rick had seen came out of the bushes behind him. She looked close to tears.

“Shh. He’s not going to get us,” Memory Rick assured her, even though he seemed unsure himself. “Get on my back.”

Gratefully, the little girl climbed onto his back. This whole time, Present Rick, dressed in his school uniform, was getting very confused by the whole thing.

It all seemed to be familiar, but what was his past self and sister wearing? And who was after them?

He tried to recall the dreams he often had about cars, iPods, televisions…

Without warning, there was a gunshot, and the little girl screamed. Memory Rick began running again, this time with his little sister on his back.

Present Rick stepped back in a daze, his head pounding slightly. His world started spinning and spinning, and he felt himself falling…

Before he realized what was happening, he found himself in the passenger seat of a car, the sound of gunshots in the air.

He looked over at the driver, who was wearing a stylish dress with fringe, and immediately recognized her.

The woman from the pond flashed a smile as her cropped hair blew in the wind.