Ian and Roderick Vendeleer don’t believe in ghosts, but this case in Pinnacle Gulch has them questioning everything. With people disappearing and ghost girls wreaking havoc, the brothers enlist the help of a grumpy detective, a tech guy from ghost shows, and a spiritual expert. Will they be able to solve the mystery and save the residents of Pinnacle Gulch before it is too late? 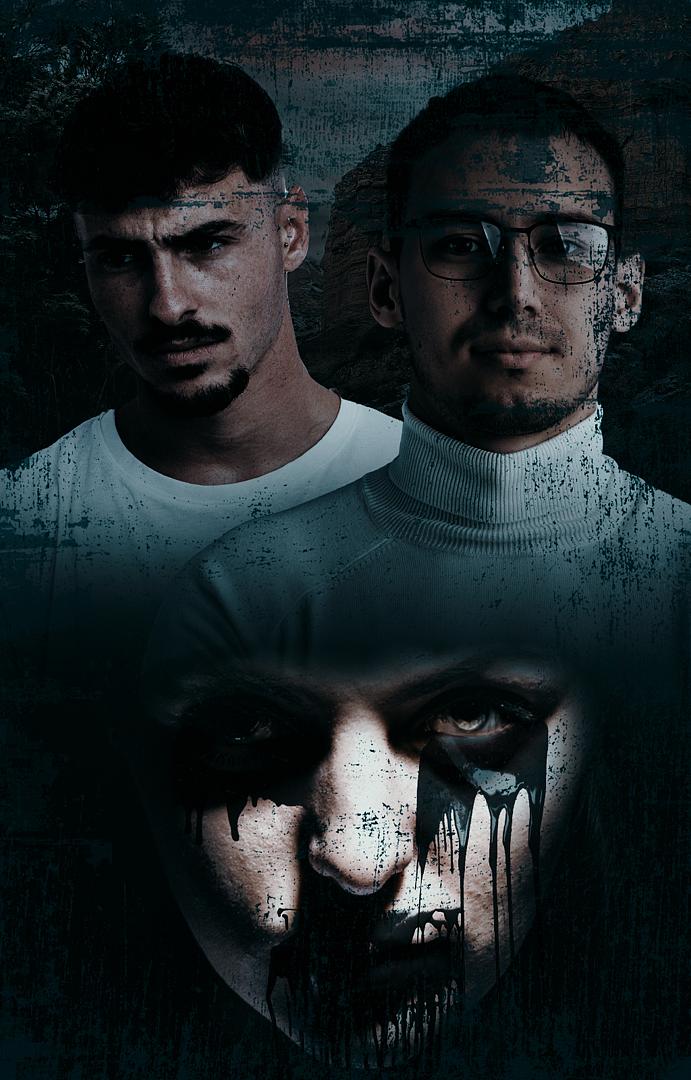 Ian and Roderick Vendeleer don’t believe in ghosts, but this case in Pinnacle Gulch has them questioning everything. With people disappearing and ghost girls wreaking havoc, the brothers enlist the help of a grumpy detective, a tech guy from ghost shows, and a spiritual expert. Will they be able to solve the mystery and save the residents of Pinnacle Gulch before it is too late?

Silver moonlight shone through the warped colored glass, casting dark multicolored shadows. The figure of an angel stood with its arms open wide.

The stained glass was meant to be a figure of hope, but at the moment, the people in the church simply huddled together in the darkness fearfully.

Near the front, an overweight man in a suit sat in a pew, his meaty hands clasped together so tightly that his knuckles had turned white.

A black man in preacher’s robes sat next to him and tapped his foot rather nervously, his eyes glancing every few seconds at the large wooden door at the entrance.

The larger man caught him looking and wrung his hands a little more.

“So, do you think the church will… deter them?” the fat man asked.

“I hope so. We’re running out of options,” the preacher replied, worry lines running all over his face.

The larger man chuckled a little and sighed. “You’re always so particular about your facilities…”

“Well… I have to be. After all… not many of my flock like to come anymore after…”

The Reverend trailed off awkwardly, staring down at the floor. The balding man sitting next to him sighed.

“Everyone makes mistakes John. It’s up to us whether or not we are going to move forward. Wasn’t that in one of your own sermons?”

The two of them grew silent, and the tension became almost unbearable, listening as the desert wind and sand pelted the outside walls of the old church. It almost sounded like a faraway scream.

“Reverend. I’ve told you before, call me Bill.”

“Bill, when do you think this will all end? Don’t they have enough people already? I mean-what is their purpose?”

The Reverend turned to the mayor, hoping he would have some kind of answer for him. However, Mayor Bill Cottam simply pursed his lips.

“I don’t think they will stop until they have everyone,” he said quietly, clasping his hands even tighter. “Killers will never be satisfied with simply a few victims. It’s an endless cycle of wanting.”

Reverend Johnathon Passey swallowed, his stomach twisting itself into knots.

“Well I think that all depends…”

Instead of answering, the mayor looked up to the large wooden angel on the wall over the pulpit.

“Do you think I’m a horrible person, John?” he asked flatly. The Reverend regarded him with surprise.

“Mr. May-I mean-Bill-you’re not a horrible person. You might not follow all of… God’s teachings, but that doesn’t mean you are not loved. You can still be saved.”

“I’m past saving Reverend. Maybe before I go to Hell, I can at least do one last thing for this town. After all, someone has to when the Sheriff won’t.”

“No judgement here Bill. Remember that. The Sheriff has had his fair share of troubles… No thanks to me…”

Bill cast a look at the man sitting a few pews behind them on the opposite side.

The Sheriff was scowling as usual with his gaunt face and unkempt light brown hair as he stared absentmindedly at the bench in front of him, lost in his own thoughts.

There began to be a little bit of panic when mist began to fill the room, and the families taking refuge held on tighter to each other and scooted in closer.

“But-we’re inside!” a woman shuddered.

“We’re in a church of all places!!” a man exclaimed.

The Mayor cursed and stood up, much to the cringing of the Reverend beside him.

“Everyone stay calm!” he said, raising his voice, trying to calm the panic. “If no one wanders off, we should be fine. Stick together!”

The fog became thicker and thicker, a cold blanket of precipitation layering itself on the frightened shivering people huddling together.

The Reverend stood up and watched as the world around him seemed to disappear. The Mayor became enveloped in the fog, and the icy cloud ate everything in sight.

The Reverend could feel goosebumps rise up on his arm, and his breath came out in its own icy little cloud. The cold gripped him tightly, and he suddenly felt that there was something watching him.

He whirled around, but could see nothing through the thick haze.

The Reverend swallowed. The Mayor’s words had filled him with a sense of foreboding that had settled itself in his stomach.

He knew he ought to be having faith, perhaps even saying a prayer or two for safety or forgiveness for his own sins, but at the moment, he felt like he could only deal with the crippling cold that was surrounding him.

At that moment, there was a combination of ear splitting screams, and he covered his ears to try to block out the sound.

He had heard that cry too many times and knew exactly what it meant.

No one was safe.

They had struck again...