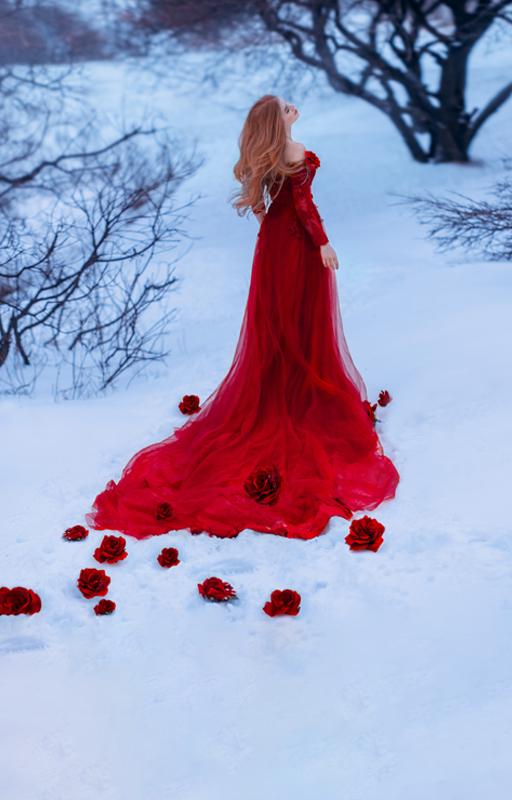 I envy you, little bluebird.

Free to go outside and sing your songs.

To spread your wings and fly.

To go wherever your heart compels you.

As I watched the little bluebird flitting around on the branch outside my window, I yearned to switch places with it—to fly away someplace new and exciting.

It landed on my windowsill and looked up at me, chirping its cheery tune.

I cautiously extended my finger, careful not to scare it away, and it hopped onto its new perch with curiosity.

“Hello there,” I whispered. “You’re so beautiful, little one. Where are you off to next?”

As I stroked its soft wings, the bluebird grew restless and flew out the window.

I watched it soar into the air, until—

A massive eagle dove through the sky, snatching the tiny bird in its sharp talons.

Only blood and feathers remained.

Is this the price of freedom?

“Don’t cry, sister…it’s just the law of nature,” my brother suddenly said from behind me, placing his hand on my shoulder.

I swung around and buried my head in his chest.

“Why is nature so cruel?” I sobbed.

“Not cruel, Bambi. She’s harsh, yes, and unforgiving even more so, but above all, she’s fair. She favors the strong, not the weak. So, we must learn to be strong.”

My brother…Alpha Supreme Maximus, an Alpha on the Divine Werewolf Council, was known to be quite unforgiving himself.

He had to be after our parents died when I was only five. Max had raised me for the past fifteen years, and though his exterior had hardened with others, with me he was always genuinely caring and affectionate, albeit a bit overprotective.

“But you needn’t worry yourself about such things,” he said, clasping my hand. “You have me to protect you, for now and always.”

I swallowed hard. I had something to tell Max, but I knew he wouldn’t like it.

“I…I got some good news yesterday.” I hesitated to continue.

“And what news would that be?” he asked, raising his eyebrows doubtfully.

His eyes narrowed. “Bambi, New York is not for us werewolves. We need room to run, to hunt, to howl. The city is stifling and swarming with humans.”

It was this sprawling palatial estate with its maids and housekeepers, waiting on me hand and foot, that actually felt stifling.

I needed space to figure out who I really was, to carve out my identity.

Even if that space was a tiny, two-hundred-fifty-square-foot apartment in Manhattan.

“Bambi, you think you’re ready to strike out on your own, to leave the pack? You cry at the death of a single bluebird. You have no idea the true pain and suffering that awaits you out there.”

“And whose fault is that, Max? You’ve shielded me from everything. Everything,” I argued.

“That’s only because I want what’s best for you,” he growled. “You should have the best life our Pack can provide…everything that our parents would’ve given you.”

“But what if this is what’s best for me?” I pleaded. “I’ll never know unless I make my own path.”

“I forbid it,” he said severely.

“And what will you do when I find my mate? When he comes to take me away? Will you forbid that too?” I demanded to know, beginning to feel heated. He always treated me like such a child.

At the mention of a mate, Max went rigid. It was a sore subject for him, and I knew it.

He was thirty-three and unmated, despite being the Alpha of our pack.

When I left, he’d be alone. I had provided a sense of purpose for him over the past fifteen years. He’d have to forge a new path as well.

I’d have to table this conversation for another time. There was a big royal gala at our estate tonight, and Max was no doubt tense about the king and his son coming, along with the entire council.

“Oh, I almost forgot—the gift is ready,” I said looking up at him. “I finished it last night. Do you want to see it?”

I ran to the corner of my room and pulled a heavy tarp to the floor, unveiling a sizeable painting of our pack crest.

“It’s perfect,” he said. “King Dmitri will love it. You really do have a true talent, Bambi.”

Max kissed me on the head and left me to get ready for the party.

As a chilly breeze swept through my open window, I crossed my room and closed it.

A single blue feather fluttered off the sill and floated to my feet.

I smoothed my tangerine satin dress as I descended the stairs toward the courtyard. My voluminous red hair bounced with each step that my gold heels took.

It felt as though all eyes were on me, and it made me blush. I wasn’t used to this much attention.

Black cars were arriving with all the Alphas of the council and the Royal Pack.

I took my place next to my brother and his Beta, Ryan.

“Are you nervous?” Ryan asked me. “This is your first time meeting most of the council and the king.”

“A little bit,” I admitted. “There’s so much powerful, dominant energy at one party. It’s a bit much.”

My brother laughed. It was good to see him smile, especially surrounded by his peers. But it saddened me that he was the only one of them without a mate, and I knew he was thinking about it too.

“These are some of the most feared men in the country,” Max said seriously. “Many of them are war heroes—the few that survived it.”

The same war that claimed our parents.

I wished that I had the time with them that he did. All I had were hazy memories, and they grew dimmer by the day.

I snapped out of my thoughts as Ryan did an exaggerated motion with his hands.

“One of them, Alpha Supreme Ekon, is so terrifying that even the king fears him,” Ryan goaded. “I heard a rumor that he lost his eyesight in an ambush, his corneas permanently scarred by a rogue, but now he’s even more fearsome. They say that even though he’s blind, he can sense everything. He smells your fear, and he feeds off it.”

“Stop, you’re just trying to scare me.” I laughed. “This sounds made up.”

The look on my brother’s face told me otherwise.

As a black SUV with tinted windows and flags on either side pulled up, Ryan stepped forward and opened the door.

I tried to stifle a laugh as Max shot me a look. Royal posturing was always so amusing to me.

The king exited his vehicle, puffing out his chest, which was covered in war commendations.

He approached my brother, who bowed then shook his hand firmly.

The king’s eyes wandered to me, and I stiffened. He was an intimidating man, but there was still a smile behind his eyes.

He took my hand tenderly and looked at my brother.

“And who is this lovely young woman?”

My heart fluttered as a mesmerizing boy with cropped blond hair and an impressive suit, which accentuated his lean yet muscular body, exited the next vehicle. His eyes stopped on me, and I saw them widen, his mouth slightly ajar.

Could he be my…

My brother froze, and the king’s eyes grew wide.

But as the prince looked into my eyes, there was no recognition, from either of us.

He politely kissed my hand and stood next to his father, who looked disappointed, though my brother let out a sigh of relief.

I had to admit I was relieved too. I may have been ready to spread my wings, but I wasn’t ready to be whisked away by some strange man.

I was still trying to figure out who I was. How could I do that if I was tied to someone else?

As the last car pulled up, I was glad that all this royal pretension would be over soon.

I was suddenly overcome by the scent of wet concrete and burnt wood, an odd combination but nevertheless somehow appealing to me.

My eyes drank in the tall and rugged figure, dressed in a fine black tuxedo, that stepped out of the vehicle.

He was by no means lean. It felt like each and every part of his body had well-earned muscles, with accompanying scars on his hands and cheeks.

His face was dark and handsome, but when I stared into his eyes, they were completely clouded over.

Our gaze connected, regardless of his lack of eyesight, and I felt a surge of heat flowing through my entire body.