London, 1838. Christine Smith lives in a changed world, where Britain is under the strict control of the Evynwoods, an ancient vampiric family. In a shocking crime, two of Chrissy’s closest friends are brutally killed. After a chance encounter, James Evynwood, heir to the throne, takes Chrissy for himself. Is he the murderous beast she expects…or something more? 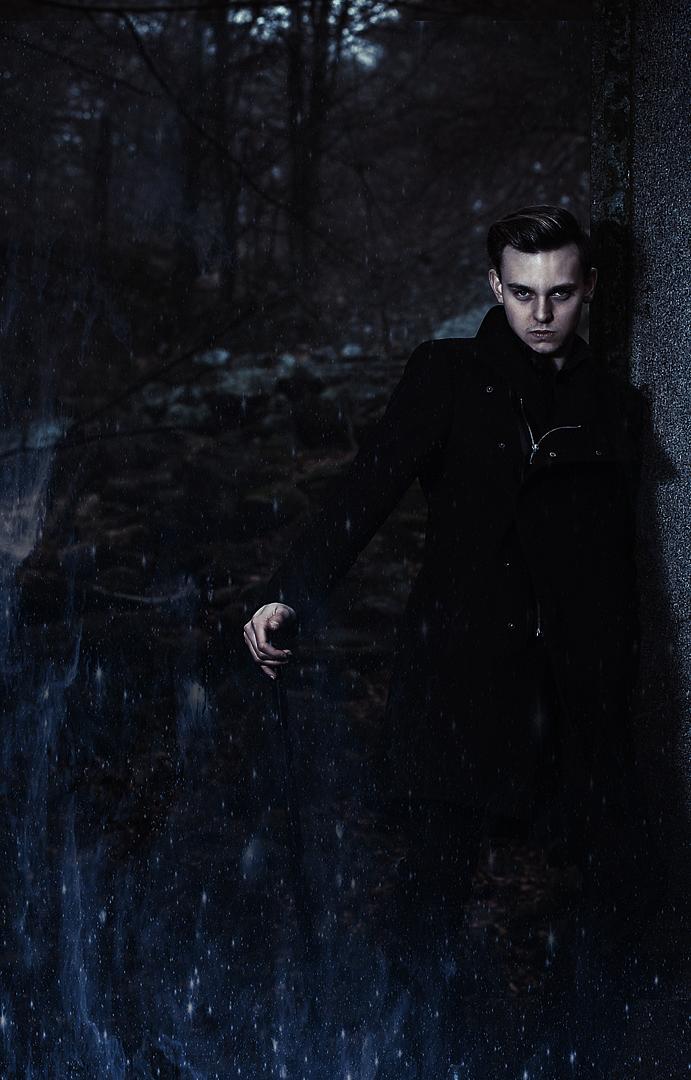 London, 1838. Christine Smith lives in a changed world, where Britain is under the strict control of the Evynwoods, an ancient vampiric family. In a shocking crime, two of Chrissy’s closest friends are brutally killed. After a chance encounter, James Evynwood, heir to the throne, takes Chrissy for himself. Is he the murderous beast she expects…or something more?

October 9th, 1838, near London, England
Hell is empty and all the devils are here. —William Shakespeare

I brushed my fingers over the words etched in wood, the splinters no longer fresh and pointed, but browned with age and worn down to smoothness from soft caresses for many years, before I was even born.

William Shakespeare’s famous words, now twisted to conform to the reality of our world.

Words that are whispered and chanted as a mantra amongst us mere humans, words that have the capacity to incite riots that are quelled as soon as they begin.

No amount of burning witches at the stake—innocent or guilty, no one cared to find out—and no amount of prayer from the most high priests could have stopped them.

The fantasies, the legends, they had their beginnings entrenched somewhere, although that somewhere was lost to memory. It is our fault for forgetting, for scoffing at such ridiculous proposals.

Father had said it had begun at a slow pace, creeping up as ivy winds its way up brick and mortar. It soon choked out everything, a noxious weed sent by Satan himself, some said.

Others chose to blame God, saying he was punishing us for our every sin. Why send another flood to drench and cleanse the world, when you can send creatures of the blackest night instead?

A tenuous peace was reached once humanity realized there was no escape from this hell-on-earth. The entirety of Britain remained under control of one family, colloquially referred to as the Lucifers.

It was used so often, it was easy to forget their real name, the name they’d been called for the hundreds of years before even our great-grandfathers had drawn breath—The Evynwoods.

I’d heard other lands had it far worse than ours, but I’d known no other way of life. Only what father had told me of the time before and the subsequent wars.

I was born during the Last War.

I despised the word. War implies two sides of near-equal strength vying for control of something. This was not a war—it was slaughter, Massacre, surrender.

The rules of life were rather simple, now. By day, humans worked their trades, talked in hushed tones of politics and the next rebellion, courted and married and had children.

Our lands were protected, by what, we were never told. Most had gathered it was from other families who sought the bountiful lands of Great Britain.

No one crossed the border, though. Not one since the ending of the Last War.

And no one, not a single soul, was allowed out of their homes after dusk.

For that was the agreement. To live in peace and tense harmony during the day, while the demons tore through the streets at night, keen on finding any stray to sink their pointed teeth into.

It was simple. It was fair enough. It was law.

Other families killed for sport, took slaves, killed humans by the thousands.

In a way, we should be thankful. The Evynwoods were diplomatic in that manner, intelligent, even. They protected their herd of helpless sheep and punished those who strayed, ensuring their needs were met as well as ours.

And so, life went on.

Hell was indeed emptied of its most abhorred creatures, and they stalked the earth as they pleased, unafraid of mere mortals. Their games were played against themselves and other myths-turned-fact.

We never saw them, for seeing them meant imminent death.

We only saw their vast, expansive castle that perched on the moor in the distance, overshadowing the bustling, winding streets of the city below.

We all went to school, read literature from famous authors of the past, did arithmetic, and studied histories.

The Evynwoods cared not if we were educated. What would a mortal brain be able to accomplish against something that had lived through such historical instances?

Father had died on a stag hunt two years ago, my mother withdrawing into herself and her bakery to make ends meet.

My older brother was off on his own, stirring up violence of some sort or another.

It was me, then. A plain, seventeen-year-old girl with her head in the clouds and nose in whatever book was available.

I ran errands for my mother after class each day, and closed my shutters tight against the dark each night, the time when screams would pierce the silence.

It was inevitable, it always was. I would thank God each night that it hadn’t been me, stuck in a broken carriage, held up by a rainstorm or twisted ankle, shut out of the nearest inn.

The dawn would always come for me to blot out the darkness.

My name is Christine Smith. And this is my story.