No one knows where the werewolves came from, one thing everyone knows, however, is that a single bite will turn you into one. Ten years after the original breakout, Lucy is amongst the last surviving humans, which is bad enough until she discovers she’s the destined mate of the ruthless lycan king. Escape is not an option and the alternatives chill her to the bone, but it’s not like there’s another way out…is there? 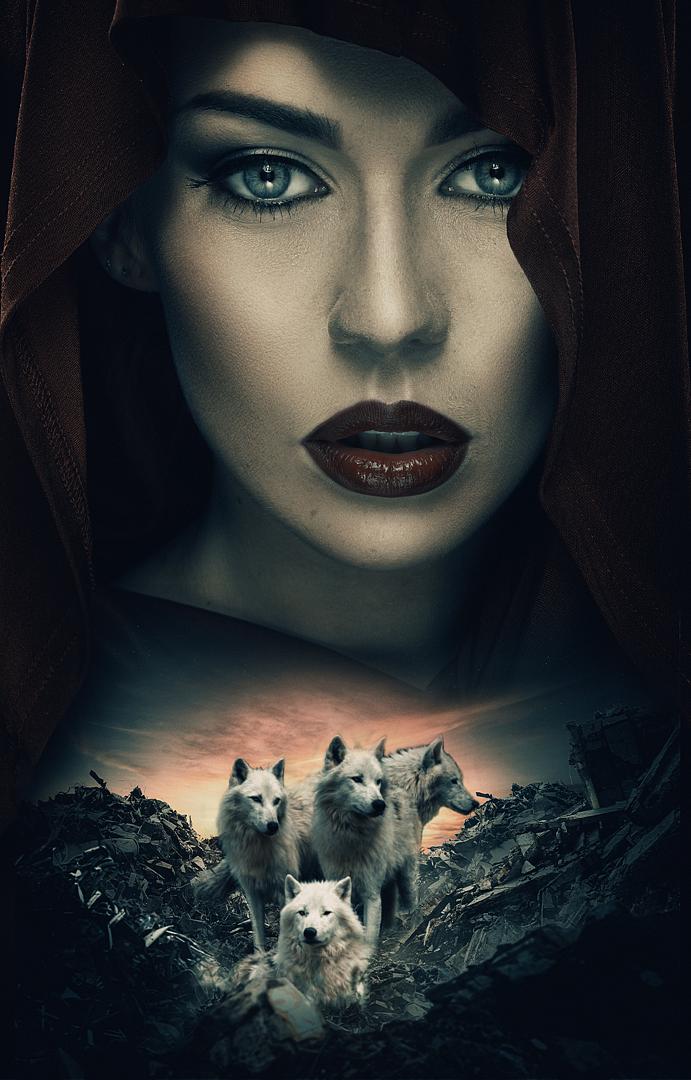 No one knows where the werewolves came from, one thing everyone knows, however, is that a single bite will turn you into one. Ten years after the original breakout, Lucy is amongst the last surviving humans, which is bad enough until she discovers she’s the destined mate of the ruthless lycan king. Escape is not an option and the alternatives chill her to the bone, but it’s not like there’s another way out…is there?

“We have to run!” I screamed at Catherine, but I knew she wouldn’t last another thirty minutes. I knew that I was going to suffer another loss, but that was life now. A life none of us chose; fate did it for us.

She looked at me with the same pitiful eyes my family gave me before they were shredded to death by the wild dogs we call werewolves. She cried and laughed bitterly looking at her broken leg that had gotten an infection.

“Go! They are here! They will find you. Where do you think I’m gonna go like this? I’m as good as dead!” she screamed at me and I ran. I was used to this, to running without looking back—to letting go of the people I cared about.

I ran and ran until I couldn’t hear her scream anymore. We shouldn’t have done it but it was the only way to get food. Instead my best friend became their supper.

It’s funny how we are actually feeding ourselves so we can be nice and healthy when they feast on us. Our deaths were inevitable—it was only a matter of time before they got to us all.

I arrived at our hiding spot and as expected a furious Jake stormed at me and gave me a well-deserved slap—after all I had gotten his girlfriend killed.

“Where is she? Where is Catherine, Lucy?” he screamed in my face. He knew she was dead, he knew they ate her like hungry zombies, only they didn’t leave the bones.

He almost punched me but stopped when we heard their vicious growls. This meant only one thing—death.

Their gruesome orange eyes glowed in the dark forest surrounding us like demons—the eyes of death. I could hear Jake’s heartbeat before he started screaming for his life, then I watched as the first predator crunched on his bones.

It was like a gruesome horror movie only I couldn’t close my eyes. I waited for my turn; it was inevitable because I always knew my turn would come and all I had to do was scream.

Fear, darkness, and pain. Why was I still feeling all of these emotions? There could be only one horrific explanation for this: I was still alive and the reason behind my luck could only be the worst.

I tried opening my eyes and groaned at the stinging pain in my left eye. I brought my aching hand up and touched it softly. “Ah!” I cried out. They must have scratched me. I could feel the dried-up blood on the side of my face.

I slowly sat up straight on the cold, hard ground and looked around me. Of course, there was absolute darkness everywhere I looked.

I stood up and almost tumbled down back on the ground because my legs felt numb, but the numbness faded away slowly the longer I kept standing.

I walked around blindly, looking for a wall or something to touch or feel so I could have even the slightest idea of where I was.

The first thing I bumped into was a wall, then another wall. It wasn’t long before my hand brushed up against the cold metal bars. I was in some sort of prison cell.

I sat back down and cried softly. Why didn’t they just kill me back there? It was way better than this! I heard a lot of stories about what they do to the ones they don’t kill on sight—they become slaves.

They torture, abuse, and in time they kill them after making them suffer in the worst possible ways. Some rumors even say they eat their slaves slowly—a hand, a leg and the list goes on.

I was in hell now and nobody would save me. All my friends were dead.

“There is no point in crying. Save your tears for later. There are worse things to cry about ahead of you,” a gruff male voice said weakly.

His voice sounded so dry, as if he hadn’t tasted water in a while. He also sounded like he was in another prison cell opposite mine.

I sniffled. “Who…are you and where are we?” I asked blindly, looking ahead hoping I could see him or something, but my efforts were useless. There was nothing but endless darkness everywhere I looked.

He coughed a lot before responding. “My name is O’zaak. I’m a scientist and I have been locked up in here for…I don’t know how long. I haven’t seen daylight or any light in ages. We are in hell…,” he said, coughing again.

He sounded as if he was dying.

“What do you mean!” I asked impatiently.

“Ever heard of the original full-breed lycan?” he asked and continued when I didn’t answer.

“Werewolves are nothing compared to that beast. A full-breed lycan is something you do not want to encounter. There are only a few of them left, but they rarely show themselves. Right now we are in one’s dungeon, where he keeps all his slaves.”

I scoffed. “Dungeon? Is this a castle or something?”

“I don’t know, but what I do know is that this lycan is of royalty. He is a king or something and he is going to kill us all. You are going to wish a werewolf had torn you apart instead,” he said with pity.

I didn’t need his pity. I crawled and hid myself in a dark corner. Why did this have to happen to me? I had a normal life once, then ten years ago exactly on my tenth birthday hell came crashing down on us.

Scientists and doctors said it was a virus gone wild while people like my parents, who were strongly religious, came up with some biblical reason, like the devil had come to wipe us all from the planet by using his demon wolves.

As for me, this was pure hell. The first time I encountered a werewolf was when one decided to gate-crash my birthday, sinking its teeth greedily into my parents’ flesh while I hid under a table like a coward.

I became an orphan on my own birthday, a typical sad life story.